The Artist’s Journey: The Hero’s Journey In Art Talk

Here’s the video of the talk I gave for the San Francisco Opera Guild on the hero’s journey in art and how artists on the artist’s journey continually step into the unknown. 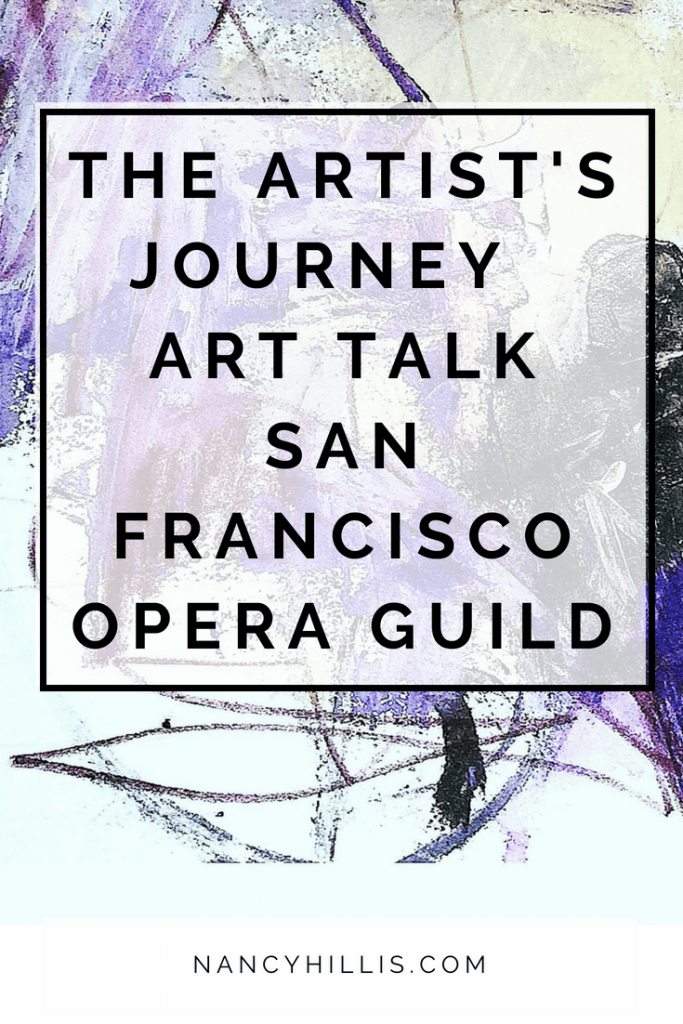 The artist’s journey is the hero’s journey for artists. By Nancy Hillis, MD

Notes from the presentation

In the middle of the road of my life

I awoke in a dark wood

And the true way

These words by the great poet and writer in the fourteenth century, Dante Alighieri, speak to us across the centuries of essentially the hero’s journey, of stepping into the unknown from a place of knowing, into the unknown. And it’s scary. And this is what we’re going to talk about today.

These words came from The Inferno which is the first book of The Divine Comedy.

This book spoke to me when I was seventeen years old. I was in a place, kind of an existential crisis, existential angst. I was seventeen years old, a senior in high school. I was at a school where I didn’t have what I needed and so I was bored. They’d send me to the library to read Hamlet by myself because they didn’t have any honors classes where I was.

And I stayed home quite often. I was getting migraines and I’d stay home and read Dante. I felt like he spoke to me across the ages. He was about thirty five when he wrote The Inferno and I was seventeen, half his age, but I also felt like I was in a dark wood, lost. 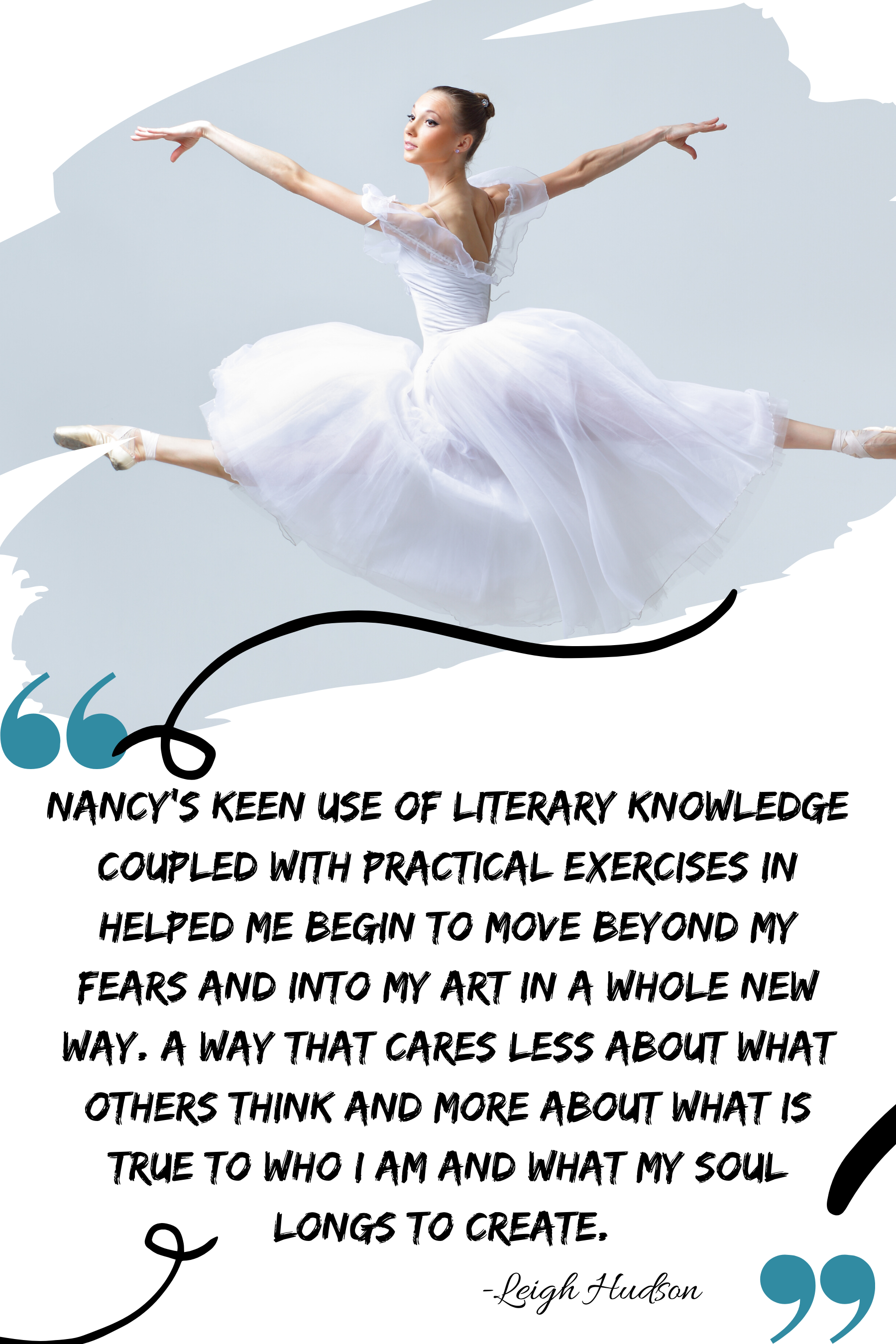 The Artist’s Journey-Our lives are a hero’s journey as artists.

Our lives are a hero’s journey. We’re continually going from the known to the unknown, accessing parts of ourselves that are ineffable, inarticulable and mysterious.

And so, in the vernacular, this is kind of how it goes:

You’re living your life, things are going fine except you notice that you want something. You want a feeling of aliveness, a sense of meaning. Something calls you. Maybe action. You y want an adventure. You want to try something, learn something new.

But the problem is that you’re afraid. It’s unknown.

Maybe you want to paint. (I’m painting here in my studio).

Maybe you want something creative.

Perhaps you want to dance or choreograph.

Or maybe you just want a feeling of aliveness. Just something that brings you alive.

But the problem is that we tend to say no. That’s the refusal. That is the rejection. We’re on the edge, we’re teetering. We want to say yes, but we’re afraid. So our mind comes in and says: “Well, it’s not practical. Or, I’ll get to it later”.

The problem is, there’s a German saying (its origin may be from China):

It’s later than you think

We can’t afford to wait.

And so you keep doubting yourself. It’s scary. You think about it, but you turn your face away. Because you’re unsure, you’re afraid.

And this continues and continues until you can’t take it any longer. You’ve simply had enough of saying no to yourself.

And it’s at that moment that you say Yes!

It’s at that moment that you leap, you jump, you say Yes!

And you’re immediately plunged into the unknown. Down, deep, into the unconscious. Down into the belly.

And there are perils there. Perils like self doubt, that’s one of the biggest ones. Inner criticism. Second guessing, procrastination, even resignation.

But there are guides who show up. Mentors, teachers, even friends who go on the journey with you.

Eventually you reach the moment that’s akin to the dark night of the soul. You have to face that on your own because that’s the moment of greatest self doubt where you feel like nothing’s happening, where you might be in the middle of a painting and you don’t know what to do. I think that’s the moment of transformation when, ultimately, you learn to trust yourself.

The magic is in the “not knowing”. If you had used your strategic mind, it wouldn’t have been as alive.

And so, the fundamental component here of the hero’s journey is depicted here as the known and the unknown. It’s basically stepping into the unknown.

Interestingly enough, this was not previously known to me but in my research it seems that there was a man named Edward Burnett Tylor. He was the found of cultural anthropology who formulated the concept of the hero’s journey. He was seeing patterns across cultures. This was later popularized by Joseph Campbell in his 1949 book: The Hero With A Thousand Faces. Joseph Campbell was informed by Carl Jung, one of the most esteemed psychologists of all time. He was a contemporary of Freud. He was very interested in symbology, mythology and the collective unconscious.

So let’s look at this schematically. Let’s go a bit further in here.

So you’re living your life, in the known, and you’re yearning for something. Something meaningful and alive. Then, you’re called. Something shows up. At first, you refuse. That’s the rejection. And really I think we need to examine our resistances and our blocks to what holds us back.

But then, there’s an inciting incident. In literature, that’s the moment when everything changes. Your life is never the same after this inciting incident. At that point, somehow you say yes. And the mentors show up somewhere along the way and they help you across that threshold, just as the great Roman poet Virgil helped Dante in his hour of need in the dark wood.

But there are the perils. Immediately you must face the ups and downs. In literature, you’re going along, things are going great and you’re hit again by another slap and then another.

And then, it gets even worse.

The dark night of the soul

Am I really an artist? Do I think I can sing opera? Or get this role? Write a book?

It’s the moment when you feel like giving up. But it’s also the moment of transformation.

It is the moment when you must go inward and face yourself. Only you can do this. No one can do this for you. And I believe that by facing that dark night of the soul, and there may be several, but facing it…I believe it’s about beginning to trust yourself and believe in yourself. 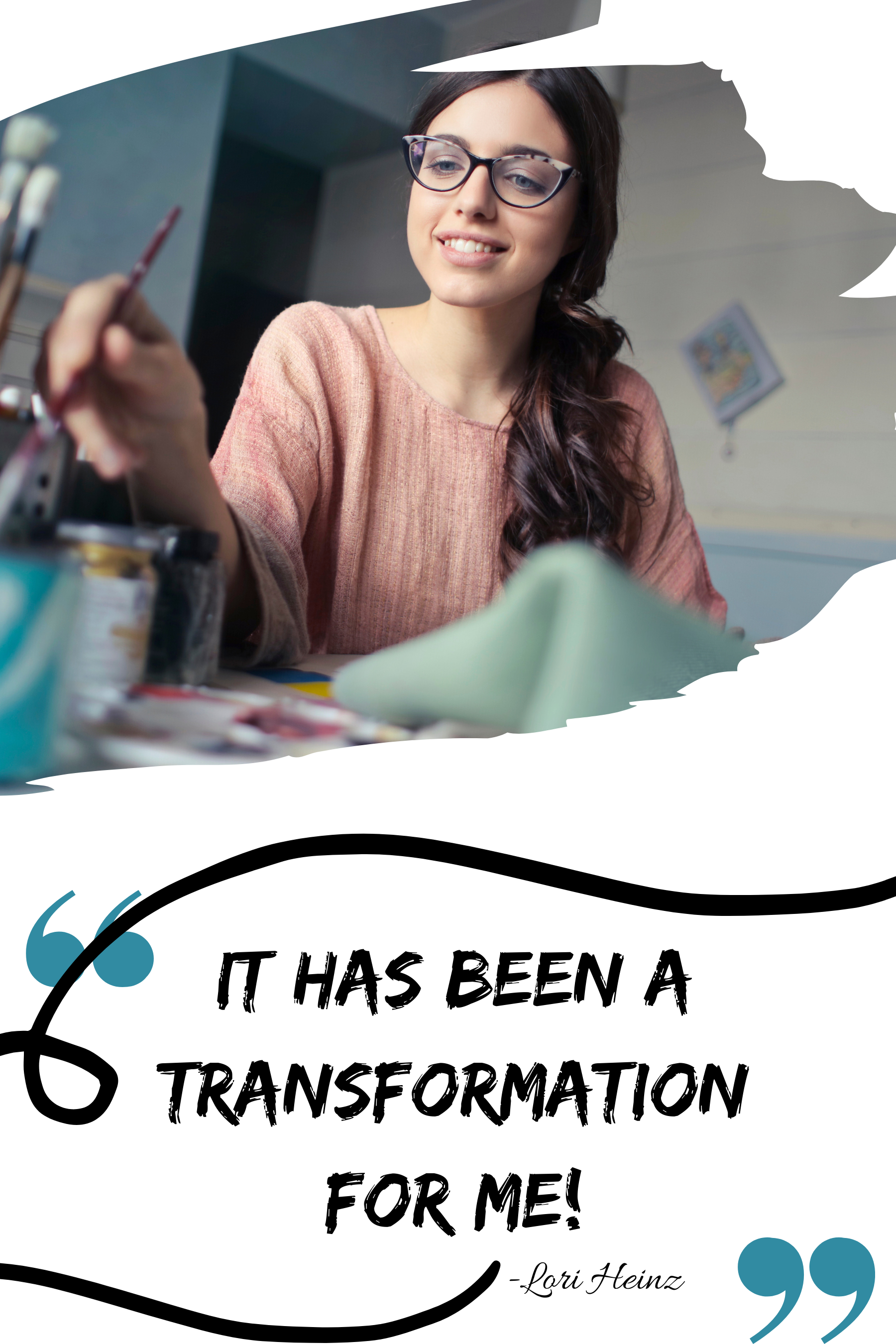 The Artist’s Journey-The Dark Night of the Soul-Trusting Yourself As An Artist | Nancy Hillis, MD

So there’s the transformation. It may be wisdom, intuition, the treasures of all that you learn on your adventures.

And then, you bring those back with you. You come back to your life, different than before. Transformed, with the treasures, the understandings of yourself perhaps.

And so you’re back in your life, living your life. And then, you’re called again because you want something else. This is a never-ending cycle. We’re continually living the artist’s journey, the hero’s journey.

So let’s look at the artist’s journey, the hero’s journey in art.

There’s going to be refusal but you don’t want to get stuck there.

The way this looks is you want to do something new. You want something to emerge and evolve in your art, but you’ve got these successful paintings that are selling or they’re pretty or whatever, and you’re afraid to change.

The danger is that if you stay in the refusal. If you play it safe, you’ll stay in a deadening place because you’ll just be repeating yourself. That’s where you’ll lose heart. This is a very important thing to be aware of, because we don’t want to cut a Faustian deal and just keep doing something because it works but it’s not bringing us alive anymore. We want to keep evolving and experimenting as artists.

We also see the hero’s journey in literature as we discussed. We see it in the great stories. Dante’s Inferno is one of my favorites.

The hero’s journey, I believe, is also in music and I’ll get into that. I want to acknowledge Dr. Bruce Sawhill, my partner who collaborated with me on looking into how the hero’s journey can be involved in something abstract, something beyond characters such as in music.

We see the hero’s journey in dance…and across the arts, ad infinitum.

I also believe that the hero’s journey is in childhood’s play. We’re playing out these themes as children, over and over again, these heroic stories.

So, let’s take a look at a classic example of the hero’s journey: clips from the film Star Wars. My understanding is that George Lucas met with Joseph Campbell and had conversations with him and was fascinated by Joseph Campbell’s work.

So, let’s take a look at that.

Let’s start with the call and the refusal.

Luke Skywalker, the hero, is talking to the mentor, Obi Wan, who trained Jedi Knights and he also sees the good Princess Leia from the Rebel Alliance and they’re fighting against the evil empire but he refuses the call even though he’s asked twice. But along comes the inciting incident. This is the moment when everything changes and life will never be the same.

Luke was living with his aunt and uncle and they were murdered. His father was presumably dead. What will happen next? Yes, and the perils. There’s a moment when you must say yes, but there are perils.

So when he sees his aunt and uncle have died, in that moment he had to answer yes. And then there were the perils. Interestingly enough, that was Death Vally and it’s Dante’s View.

So the Death Star warship blows up Princess Leia’s planet. This is the darkest moment. It can happen to the hero or the hero’s friends and others. All seems lost. When you face your darkest moments, your transformation, your greatest fears, there’s a chance that you can transform by going deeply inside yourself. This is a mission to destroy the Death Star battleship. Let’s watch.

That was the moment Luke had to go inward and really let go. He let go of the computer and he went inward and trusted himself. He was fighting for something bigger than himself, good versus evil. He blew up the Death Star only by trusting himself. And then there’s the return. Return back to your life, transformed, trusting yourself, believing in yourself. You’re different than before.

So he returned. To inner trust, wisdom and understanding.

Here’s something to think about: Imagine that the hero is actually not a character but a theme or a melody.

We could look at Beethoven’s Fifth Symphony. Here’s a quick clip.

So the melody goes on a journey, just like the hero. It has an individual character and signature. It undergoes a test. It’s distorted, modified, reflected. It’s thrown into minor keys or different keys, it doesn’t have to be minor. Different harmonies. It gets bent, kneaded, twisted, pushed. It reasserts its individuality and then it returns to itself. Its very own hero’s journey.

So the hero’s journey in life shows up all over the place.

So we come back full circle to my favorite author of all time, Dante Alighieri, who stepped into the unknown and found himself in the dark wood, lost, but he had his guide Virgil.

I believe that the hero’s journey is about rediscovering yourself and affirming yourself in your art and life. It’s about finding yourself, again and again,

I assert to you that you’ve said yes to your hero’s journey many times in your life.

And so, the question is: 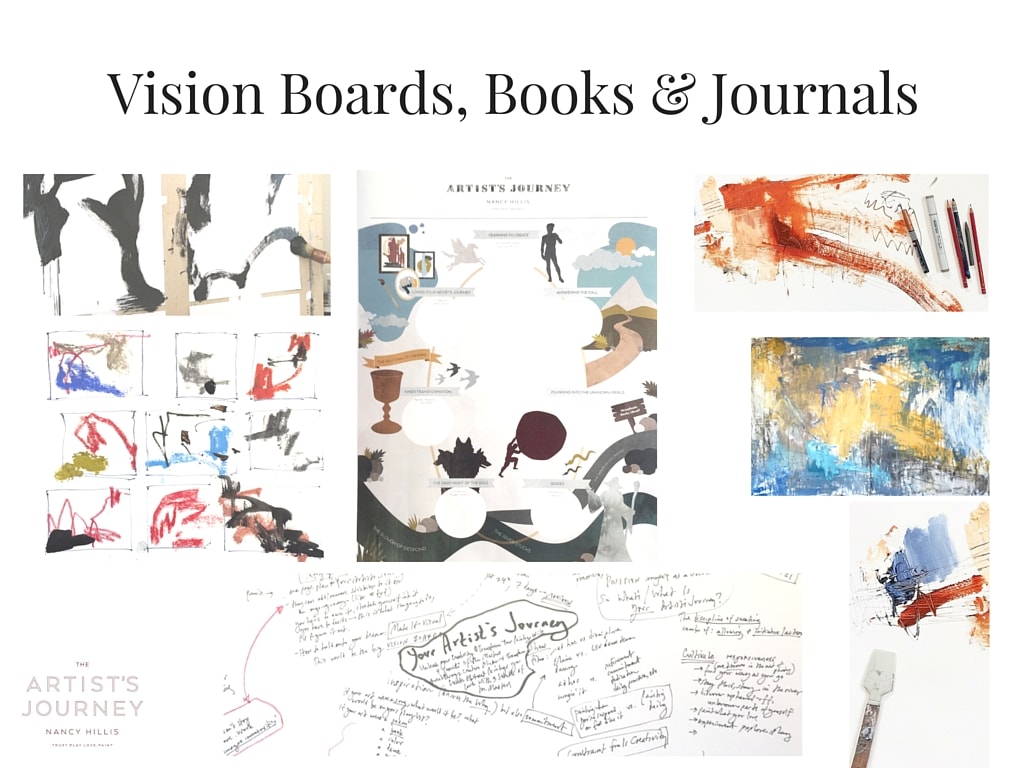 P.S. Want to go deeper? The Artist’s Journey, my signature online course, is OPEN. Check it out HERE. 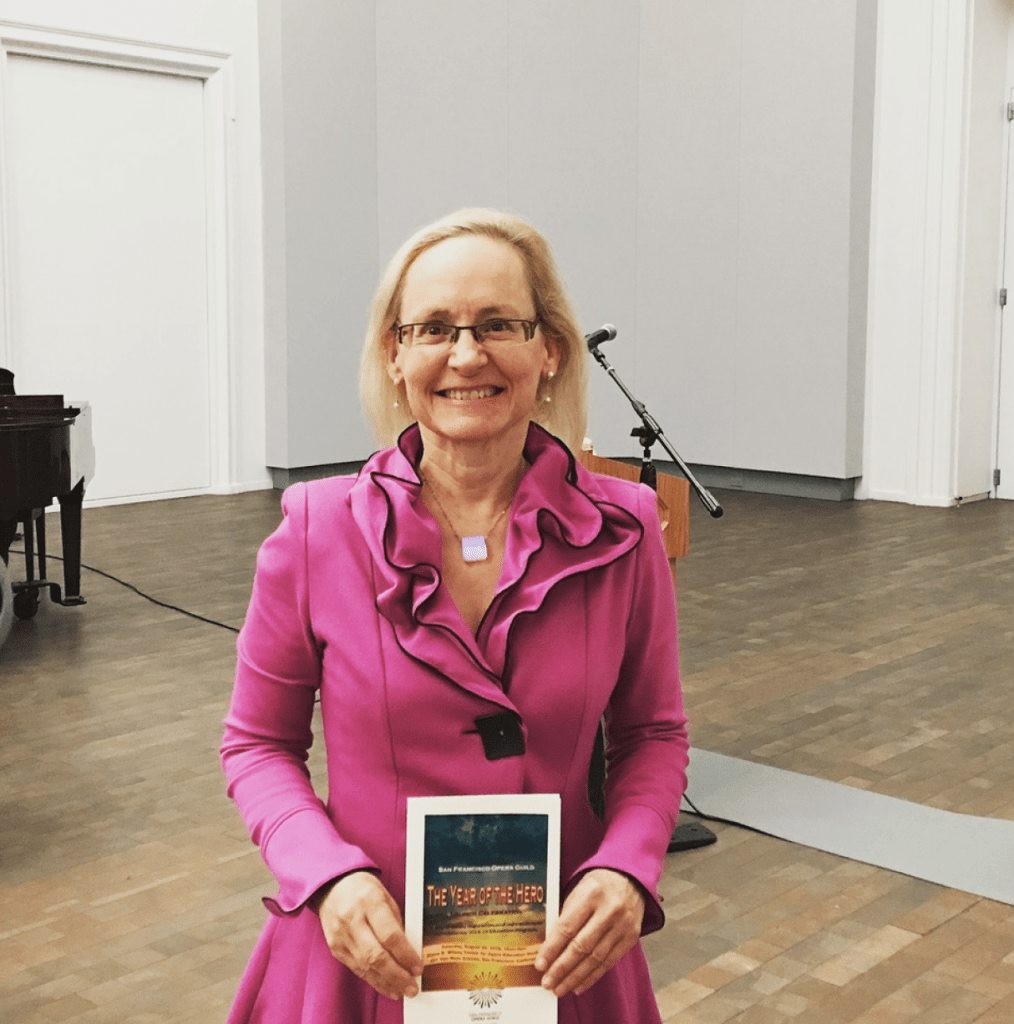 Get your copy of Nancy's books!