Messages Of Art & The Adjacent Possible 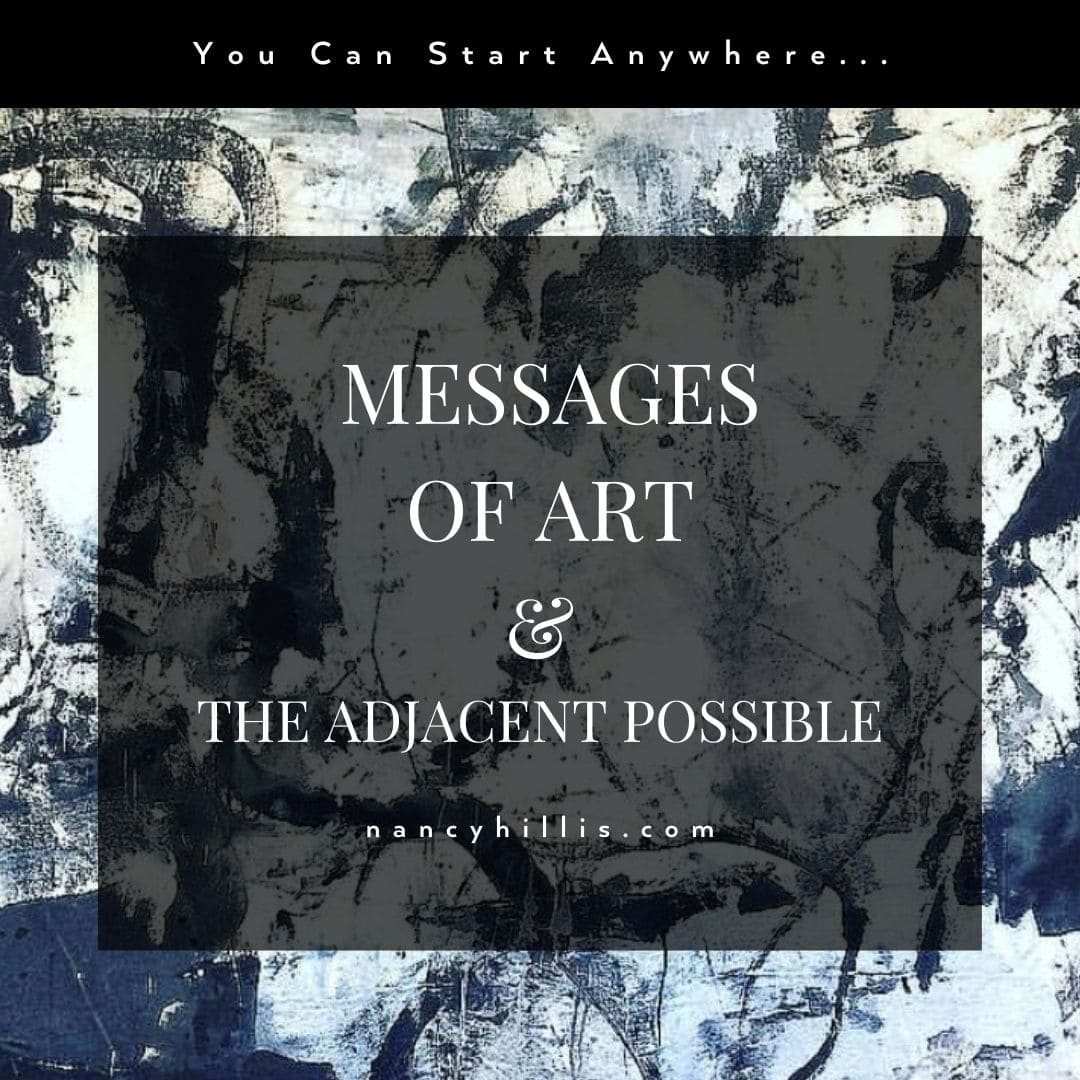 Over the last several posts, we have been assembling an argument that identifies art as a form of communication, inspired and informed by Nature. Art encodes subjective intent and experience, and does not live in a vacuum.

It’s a complex task, but it is often not a complicated task.

The difference between complexity and complicated has to do with the connections between concepts rather than concepts themselves.

Complicated problems can be hard to solve, but they are addressable with rules and recipes, or more modernly, algorithms.

An example: Counting clicks on the Internet is complicated–There are trillions of them, all over the world, but they are a whole lot of the same.

They need to be gathered and counted, but fundamentally counting a trillion of them is not so different than counting a hundred.

A toaster is a complicated device, but its operation is simple: It uses electricity to heat bread. It has many parts, as any one who has ever tried to take one apart will attest to.

Sometimes it’s not at all clear what some of the parts do, and in fact the toaster will still work if a few of them are missing.

A complex device or argument is something where everything has a distinct purpose and everything matters. It is not separable into independent events or influences, it has to be approached as a whole.

In a post about architecture and design, we talked about the idea of “monocoque” structures.

These are structures like an egg, a boat’s hull, or the Sydney Opera House example that cannot be decomposed into constituent parts. They are “irreducible.” 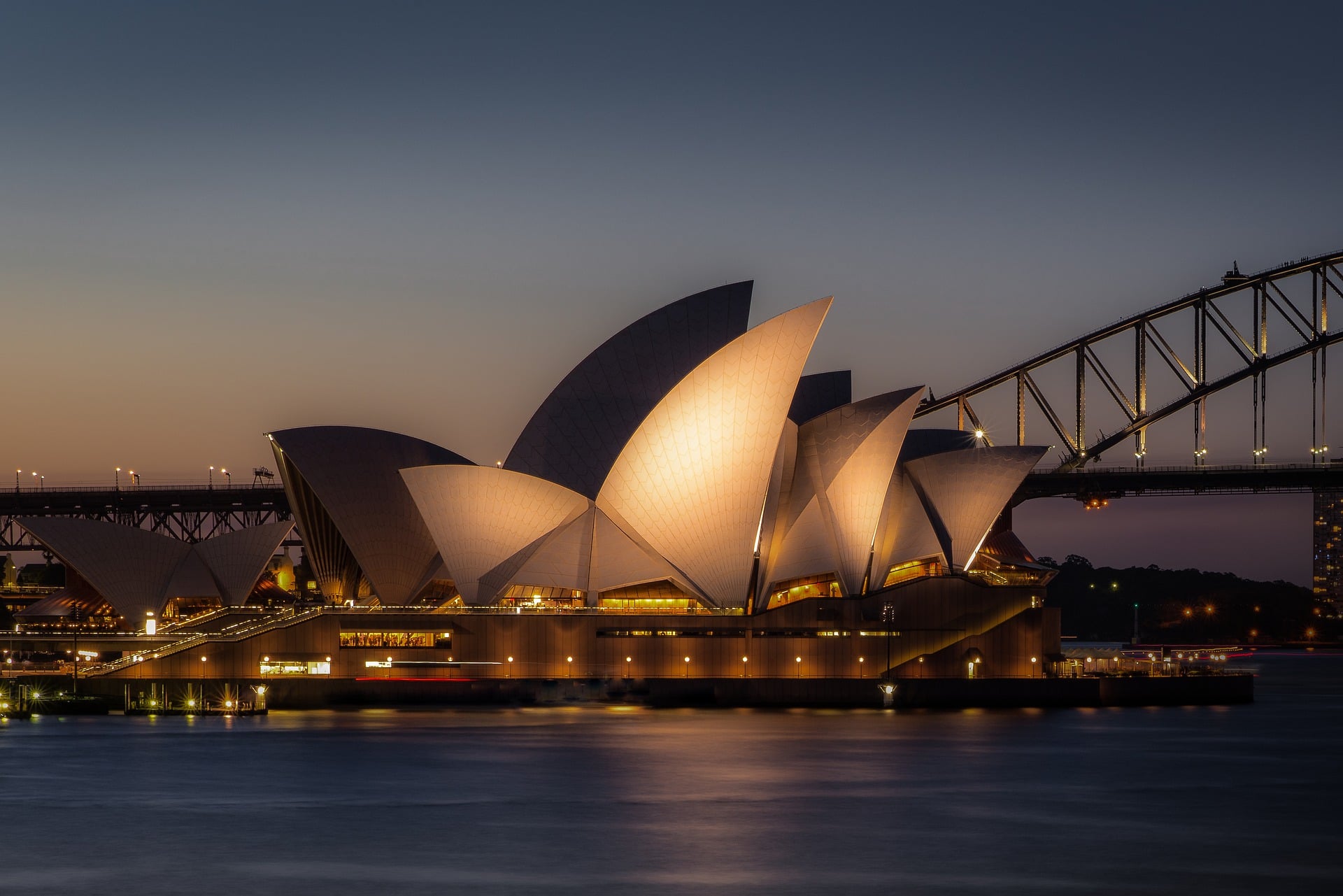 So we have the conceptual equivalent of an egg, a thing unto itself, Immanuel Kant’s “Ding an sich.”

In physics, systems are often separated into “closed” or “open” systems for the purpose of analysis.

Many of the historical achievements of physics are due to “useful fictions” (to borrow from Plato’s Republic) such as assuming there’s no friction in a system, or there’s no heat transfer to the outside world, or no molecules escape, or the gravitational field is zero, etc.

Physicists know none of these assumptions are perfectly true, but the true Art of Physics is knowing which ones you can get away with. This is known colloquially as “hand-waving.”

A recent post example of a complicated but not complex system is a box containing astronomical numbers of molecules, all bouncing around.

Long ago this was considered complex because, in principle, every molecule could bounce off of every other one and the detailed history of each particle’s flight mattered. But that changed!

Now we would say it’s complicated because of the enormous number of moving parts. It’s not particularly complex because all those molecules are the same and can be treated as interchangeable.

What made a complex system merely complicated was an innovation, namely the statistical mechanics of Boltzmann that made a system with an enormous number of identical parts mathematically accessible and reducible to simple relations.

Boltzmann accessed the adjacent possible by taking a relatively recent development (Gaussian statistics) and applying it in a new context. (motion of particles) Karl Friedrich Gauss (1777-1855) gave us the Gaussian distribution, now widely known as the “bell curve.”

The reasoning behind it turned out to be of critical importance to Boltzmann. 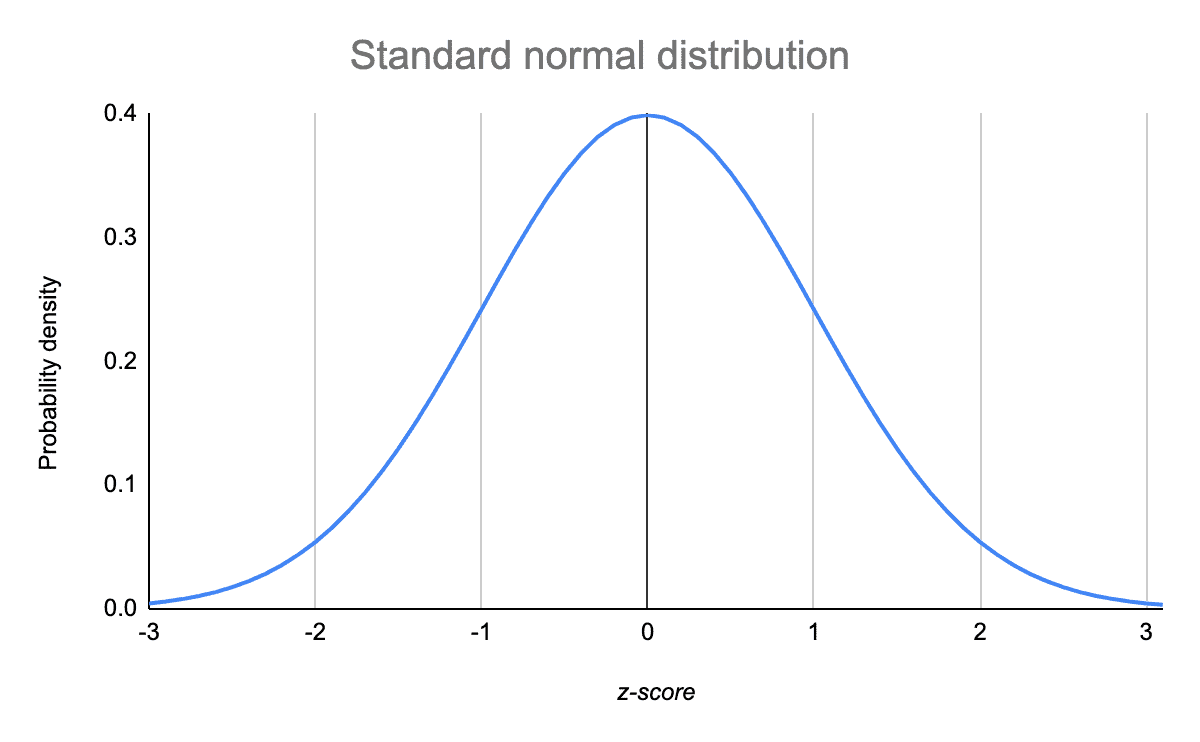 Boltzmann had one foot in the known, the other in the not-yet-known.

Innovation happens where concepts collide, in this case the statistics of Gauss with the physics of Newton. 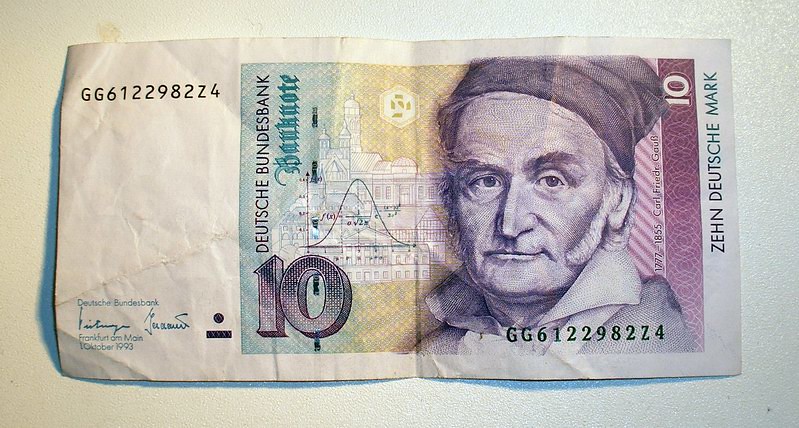 Gauss put his mouth where his money was. You have to admire a culture that puts mathematicians on banknotes.

The much harder challenge is open systems. Many of the useful fictions discussed above don’t apply.

Mathematics cowers and flees. Ecology and evolution are particularly generous in furnishing examples of open systems, so much so that the idea of “theoretical biology” was considered an oxymoron for a long time, observation far outpacing theory.

But regardless of what kind of moron it was, theoretical biology was not about to give up.

After mathematics caught its breath, it ventured back in, armed with innovation, just as in the Boltzmann example.

Because math itself is an open system, capable of generating things that weren’t there to begin with, such as game theory, computer science, chaos theory, information theory, etc. Our ability to describe coevolves with what we’re describing, Is this process infinite? A subject of debate and a subject for another time.

Our central organizing concept of the Adjacent Possible in our blogs and books is a key aspect of open systems in the physical world and elsewhere.

Since each step or move of an open system takes it somewhere new that depends on where it’s been before, compounding these steps explodes possibilities and it becomes very hard to predict what happens after a few steps.

This difficulty of prediction is both a detriment (for those who want certainty) and a source of surprise. (a boon to those seeking surprise as creative input) In short, a complex system.

Years ago, I was hiking in the high Sierra Nevada on the Muir Trail, not far from the tallest peak in the lower 48 states, Mt Whitney. (14,505 feet) At this point, my hiking companion and I were tired, dusty, a bit scraped up and sunburned, but in terrific physical condition.

We were nearing the end of two weeks’ worth of walking (almost 200 miles) and starting to miss the comforts of civilization after endless meals of nutrient dense peanut butter, honey, powdered energy drinks, and smoked sausage. He said, “You know, if we had any ham, we could have ham and eggs, if we had any eggs.”

This compounding of complexity is a bit like that fictional meal. It gets very conjectural very rapidly.

The Language Of Art

In our last post, we talked about art as a language of communication.

We also claimed that the import of the message was dependent upon context. Meaning grows out of a shared context.

If we were to telegraph a message of “What hath God wrought” (the first telegraphed message in the US by Samuel Morse) we assume that both sender and receiver understand English vocabulary and grammar.

But if Art is a language, what is being communicated and what is the shared context?

Last week we discussed Claude Shannon’s mathematical information theory, a formalization of what it means to send and receive a message and the limits to how tightly it can be encoded. No matter how clever you are with encoding letters and words, there’s a limit to what you can do and you can’t compress it any further. 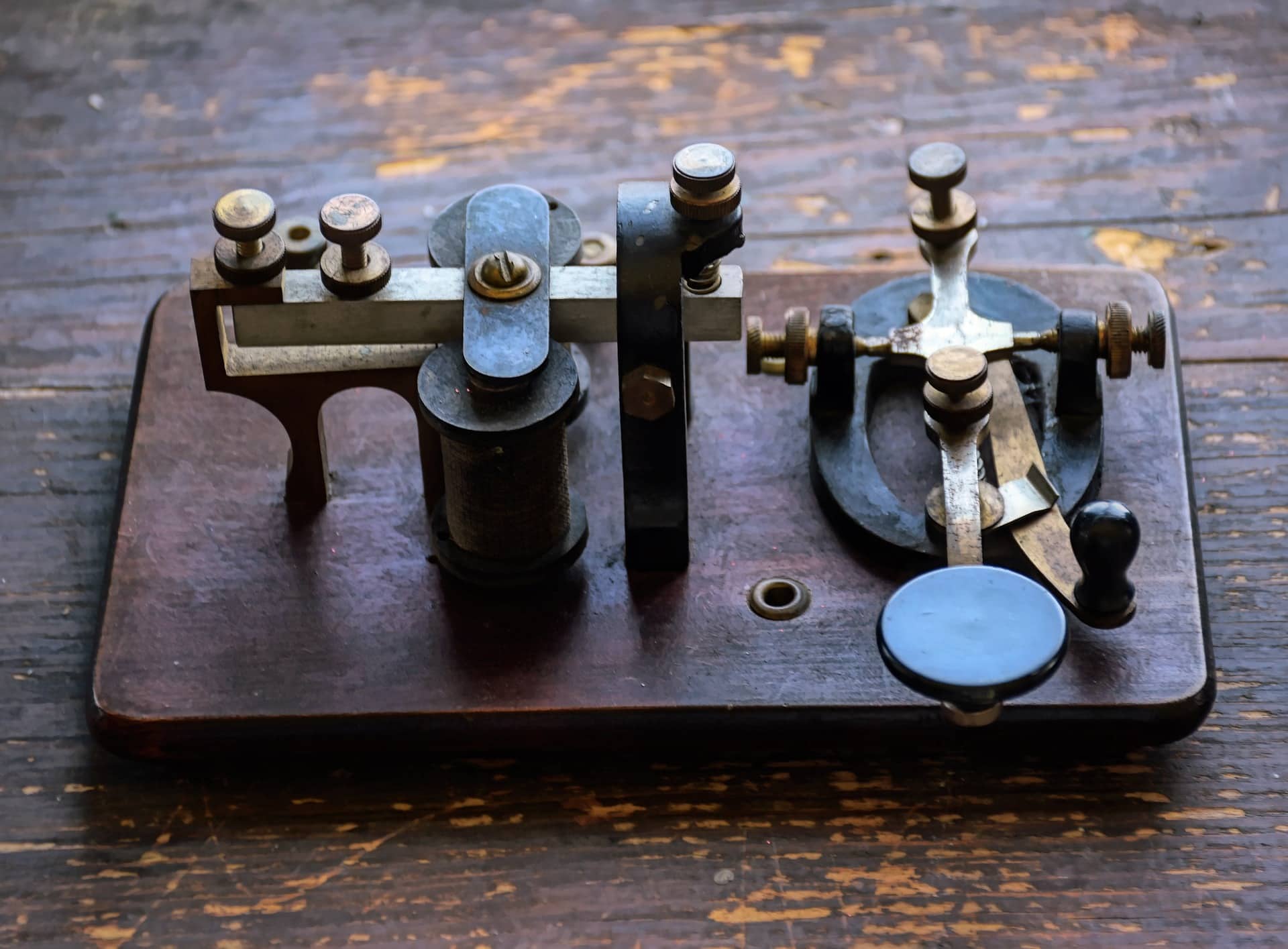 One of the significant contributions of Shannon’s work was the idea of “noisy messages.” What happens if the telegraph operator is drunk? Can you still make sense of what comes through?

It turns out that redundancy is key. 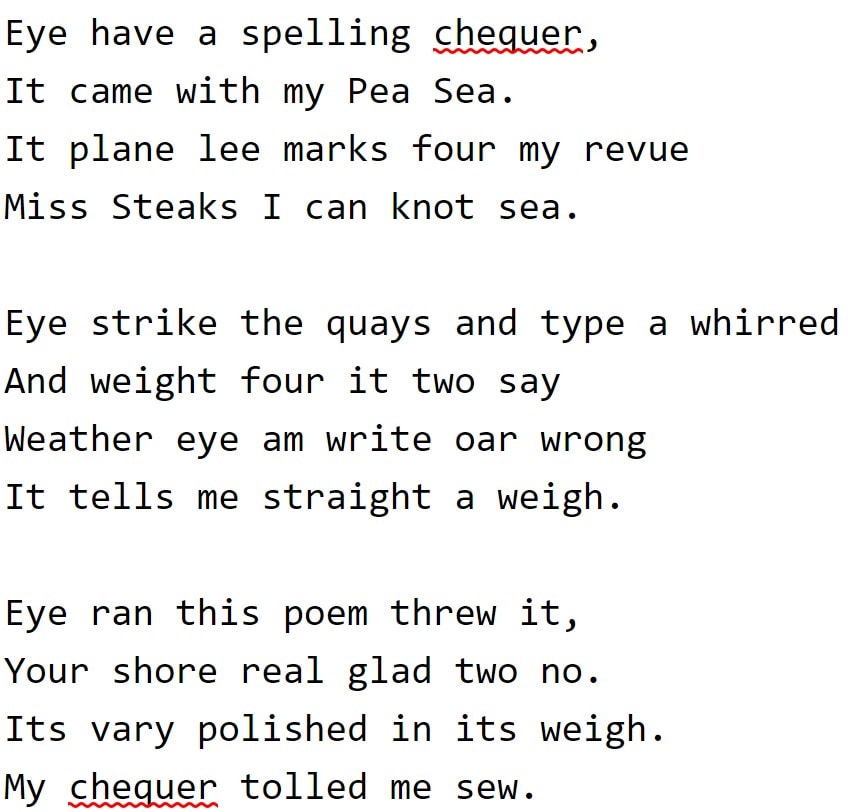 Why is it still possible to understand this?

The Message Of Art

Art is a strange sort of message. It means different things to different people, and it does so on purpose. And that is part of its enduring strength.

So art sends noisy messages on purpose! It does not convey a single precise message like “turn off the light” or “turn left.”

By having the power to convey different things to different people, art has a weaker connection to context than “conventional” messages.

This fuzziness allows for variation of interpretation. You don’t have to have lived through the French Revolution or speak French to get the significance of a contemporary painting of that time. 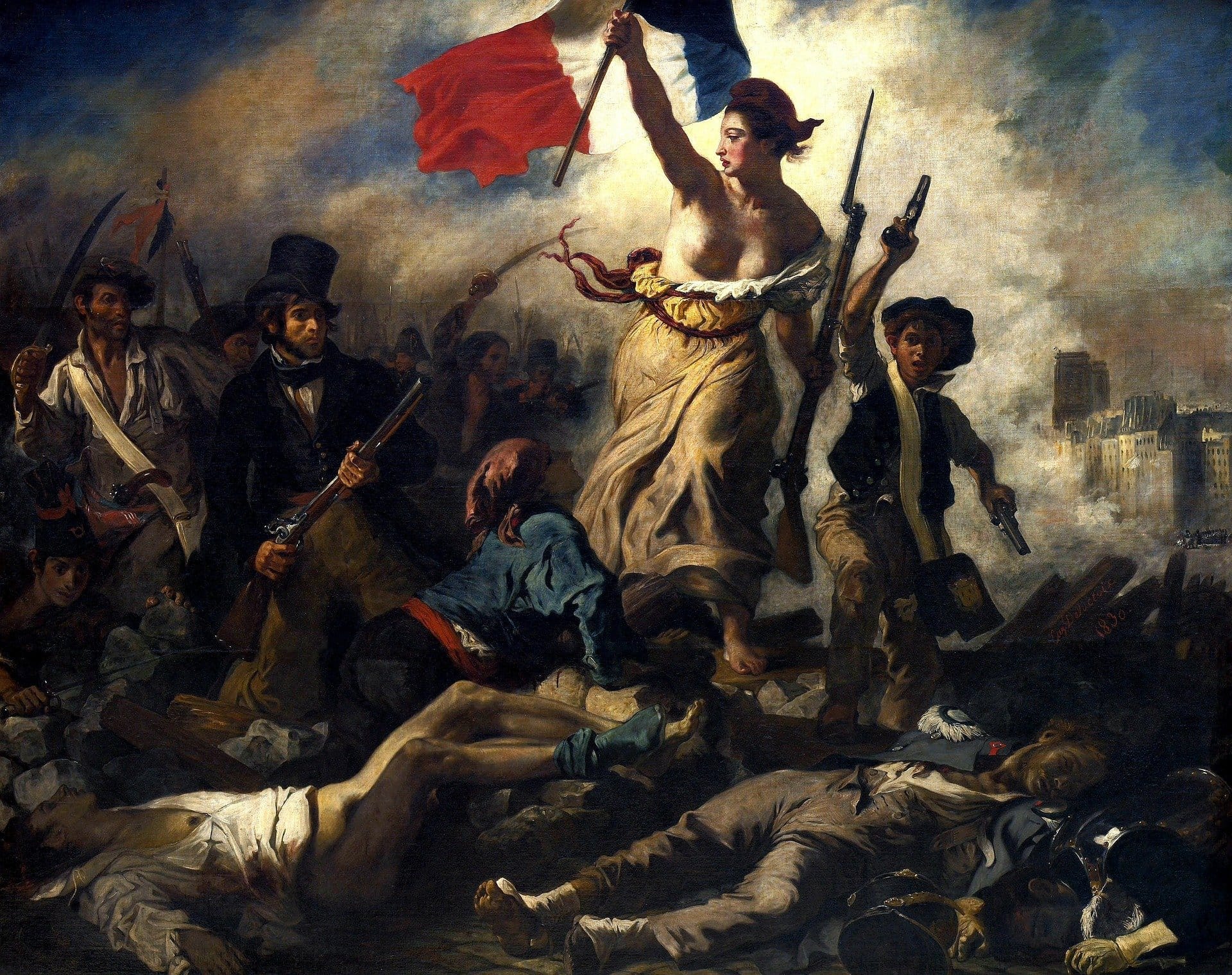 Art is a language for communicating complexity.

By being rooted loosely in context, it is able to survive context differences and changes between people and historical epochs. It is more likely to remain relevant when the context has moved on to an adjacent possible.

To give you an idea of the challenges in transmitting a precise intent across the adjacent possible, we introduce the example of the 10,000 year clock. This is a passion project of the inventor and polymath Danny Hillis (a distant relation of Nancy’s)

Dr. Hillis (Danny, that is) wanted to build a clock that would run and tell time accurately for ten thousand years. There were many considerations involved:

As a millionaire, he found that the challenges of building this clock exceeded his resources, so he convinced the billionaire Jeff Bezos to back the project. This is not the kind of clock you can order on Amazon at any price. 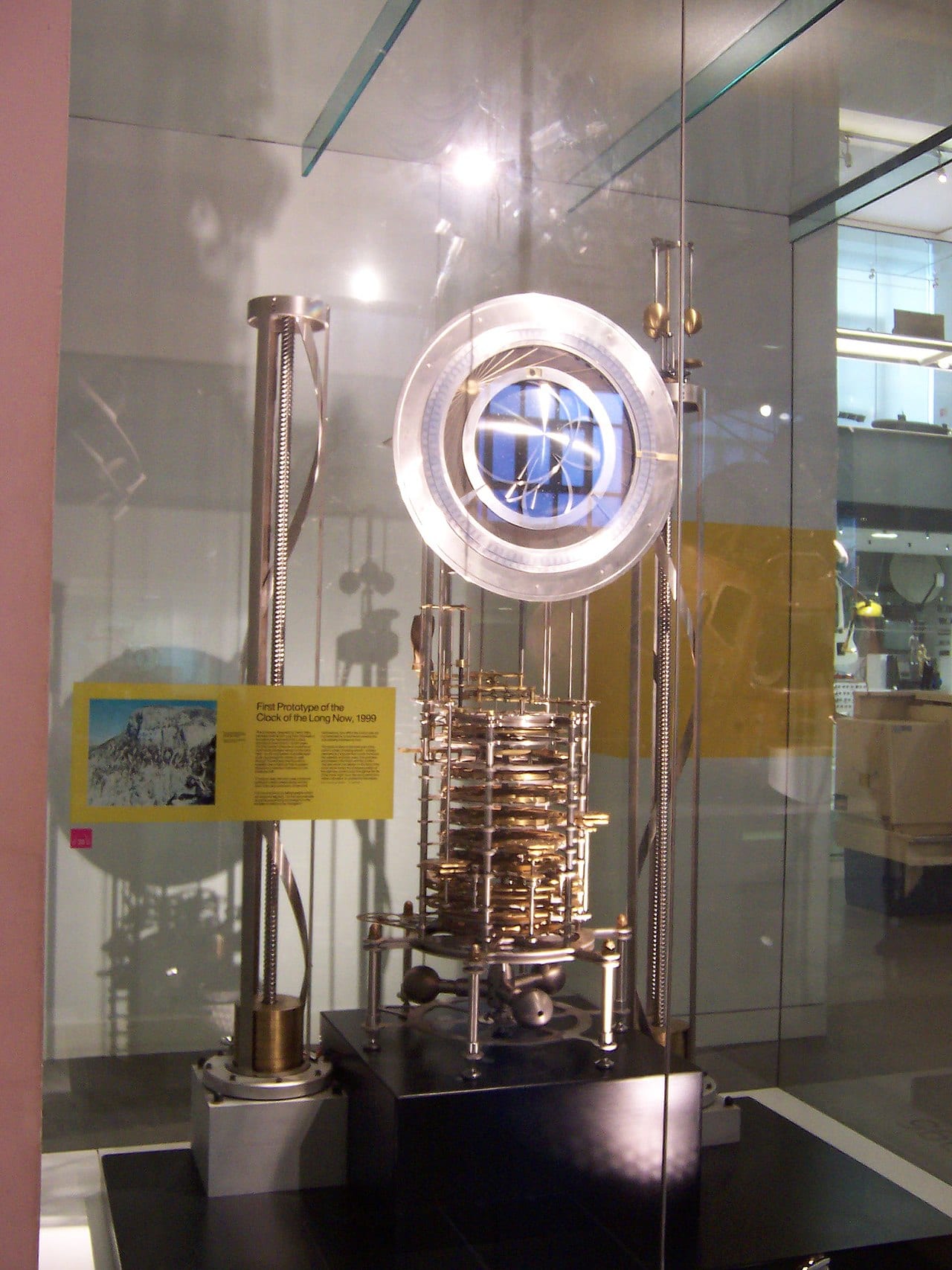 Considerations For The 10,000 Year Clock

Here’s a list of some of the physical mechanisms that were considered and why they were rejected for keeping the clock going:

And, provided you could figure out a durable and accurate mechanism, there are these possible outside influences to think of:

It’s very hard, perhaps impossible, to foresee all the influences that might affect the clock over the next 10000 years. The full scale clock hasn’t yet been installed in its mountain cave in Nevada, even though the project has been underway since 1989.

How does Art deal with enormous gulfs in context and communicate into the Adjacent Possible?

In a much less convoluted way.

Here is artwork that has managed to survive 36000 years, through ice ages and extinctions, uncounted languages and tribes. 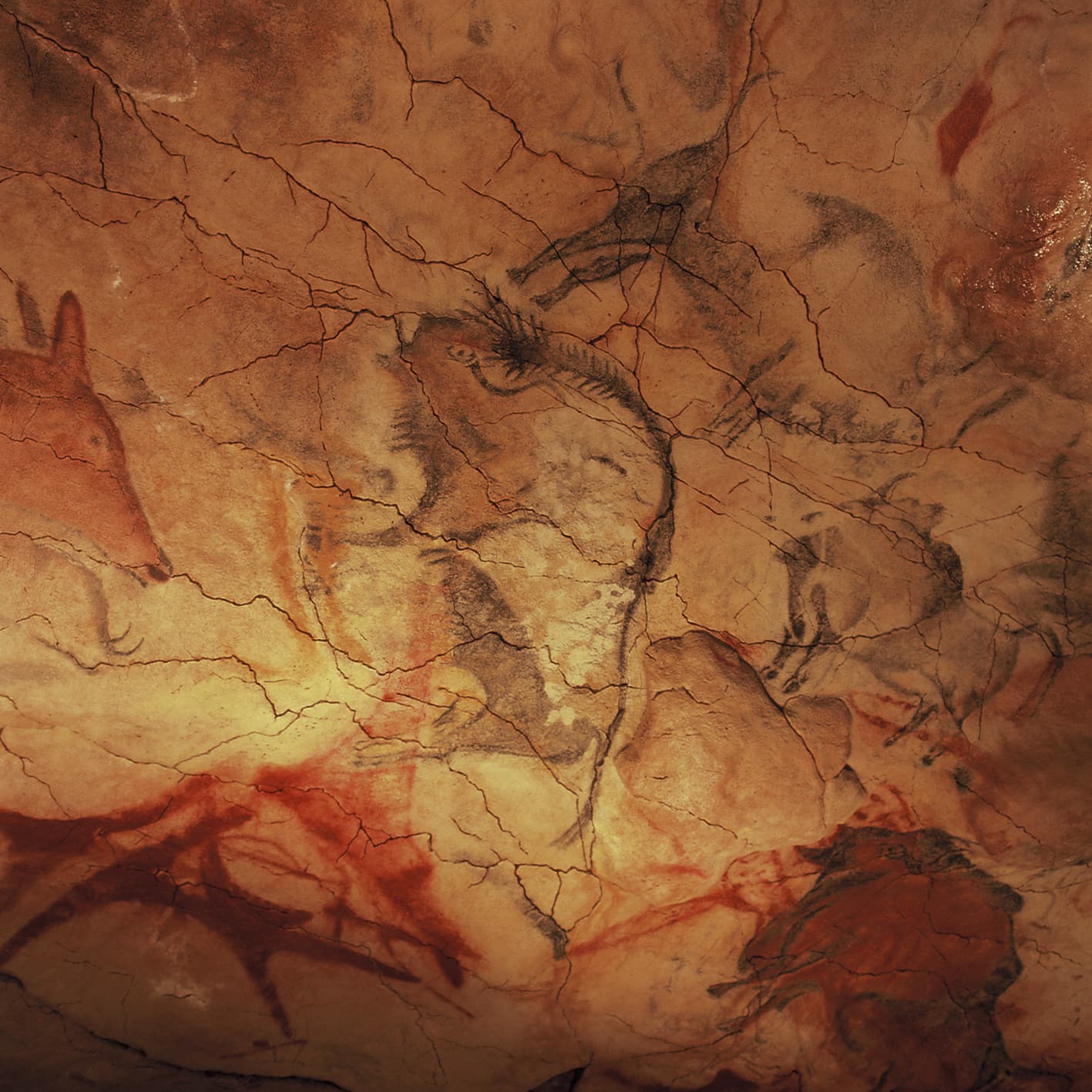 Art is a door, slightly ajar, to another world.

You can see Cheryl review the book HERE. 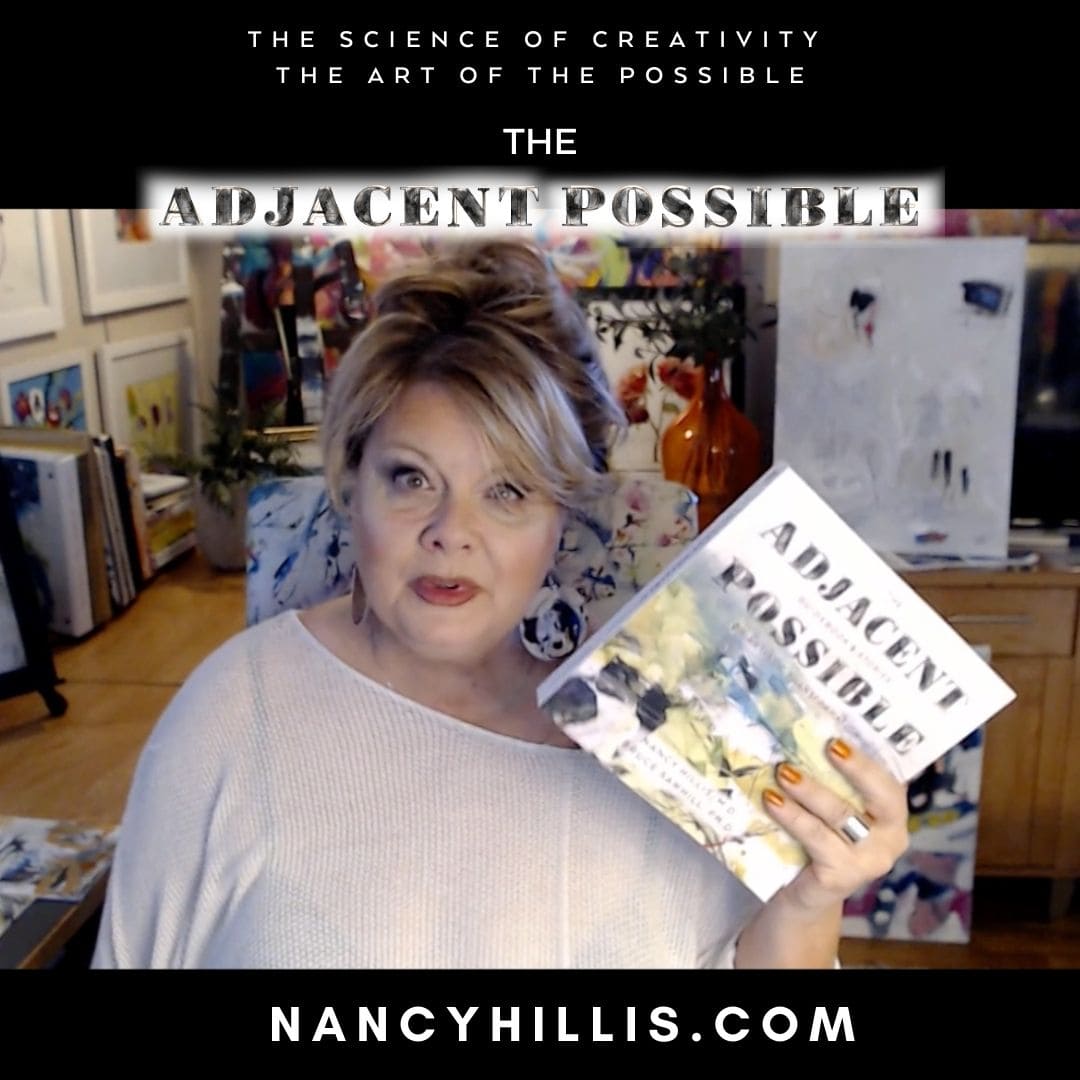 Each author contributes to a growing trust in the yet-becoming self. A truly original book that makes the perfect gift for any artist or to-be artist.

P.S. Create the art of your dreams. Give yourself or the artist in your life the gift of art. 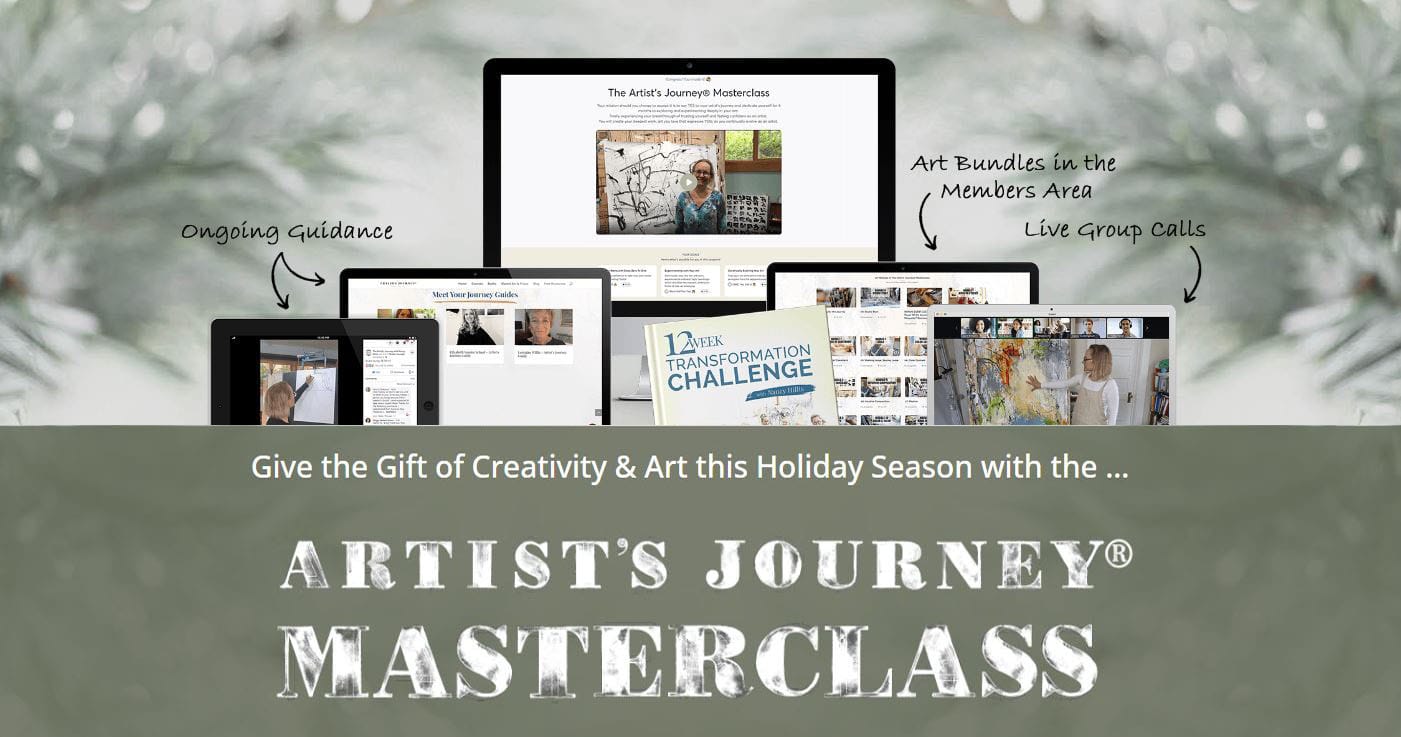 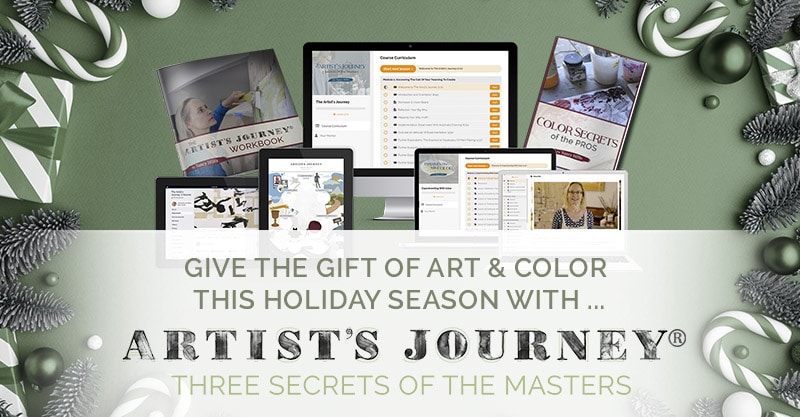