Invisible Forces & The Challenge Of Creativity 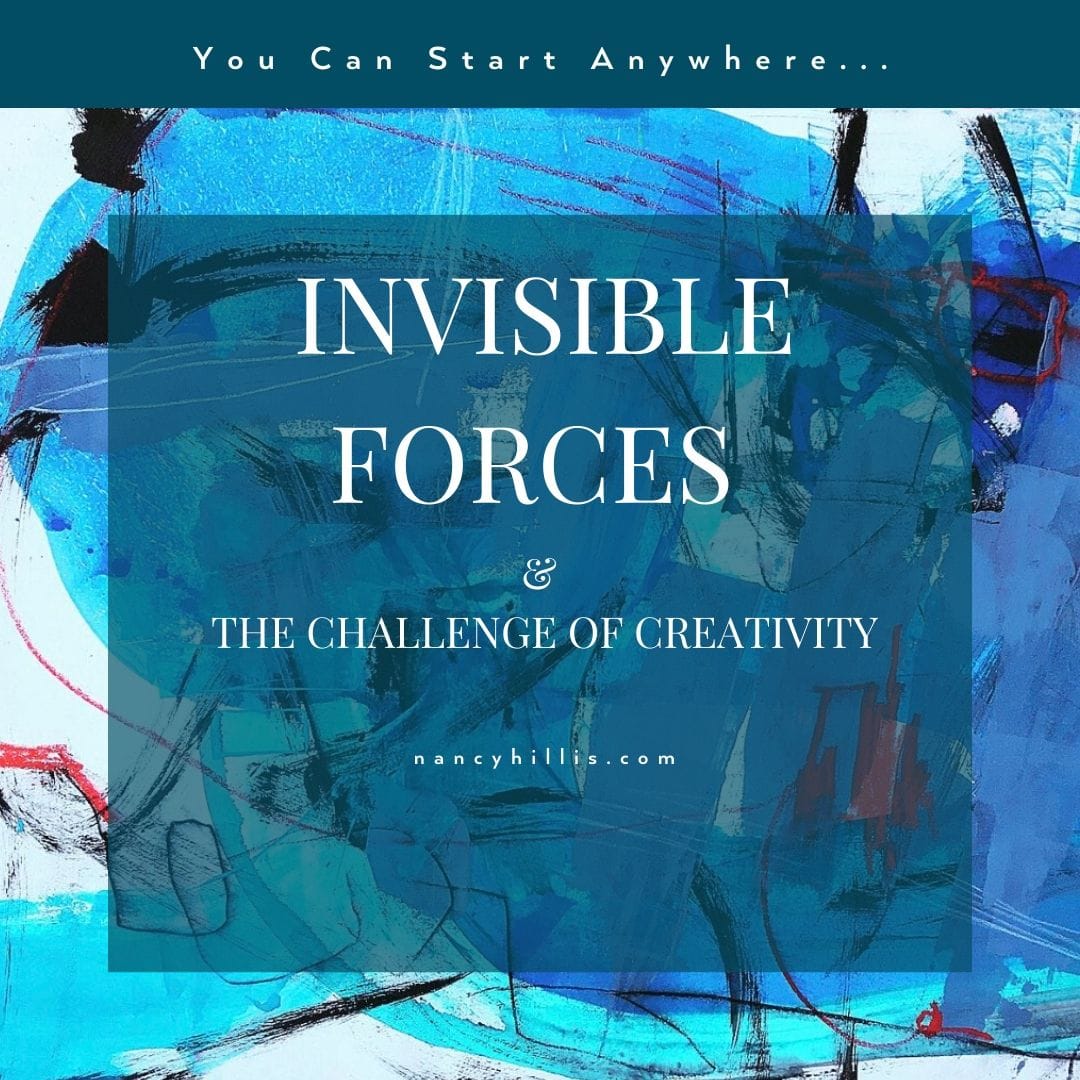 Invisible Forces And The Challenge Of Creativity-Nancy Hillis, MD and Bruce Sawhill, PhD

Invisible Forces & The Challenge Of Creativity

When one hears the term force field, one tends to think of science fiction and spaceships, perhaps  a device used by the jut-jawed captain of a gleaming starship to defend against the repugnant reptilian aliens who are seeking to enslave or eat the pure and righteous crew. 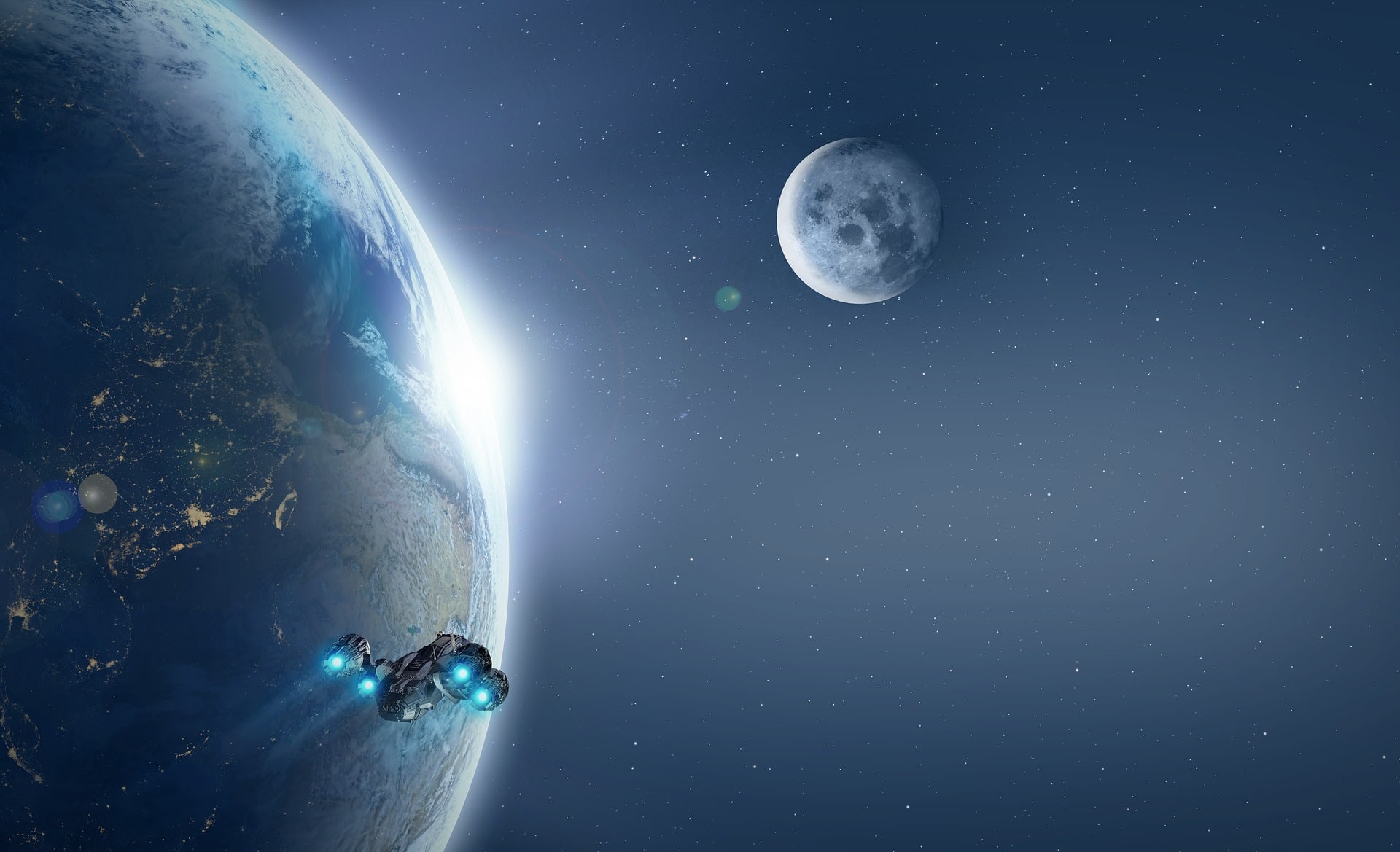 But force fields are everywhere in our lives, and the most forceful ones are the ones we are not aware of. These are the invisible influences that govern our choices, our inhibitions, even our aspirations.

Not surprisingly, this reminds me of some stories.

These tales are associated with physics, which is also not surprising, as the formal idea of a force field comes from physics but the informal idea is much more pervasive.

The 1920s was a heady time for physics, with the evanescent and mysterious workings of quantum mechanics being unveiled seemingly weekly.

It was as if some sort of dam burst and the new realizations come spilling out one after another.

It mirrors the natural phenomenon of punctuated equilibrium, where an ecosystem seems to be stable for a long time, changing slowly if at all, then seemingly out of nowhere a huge cascade of change shakes everything up.

A new and different ecosystem emerges for a long period of relative calm before the cycle repeats again.

This phenomenon happens in ecosystems of ideas as well as ecosystems of plants and animals, as we discussed at length in the COVID-19 blog post.

Punctuated equilibrium is reminiscent of the strange and beautiful way cigarette smoke suddenly changes from a smooth flow to a turbulent whorl. 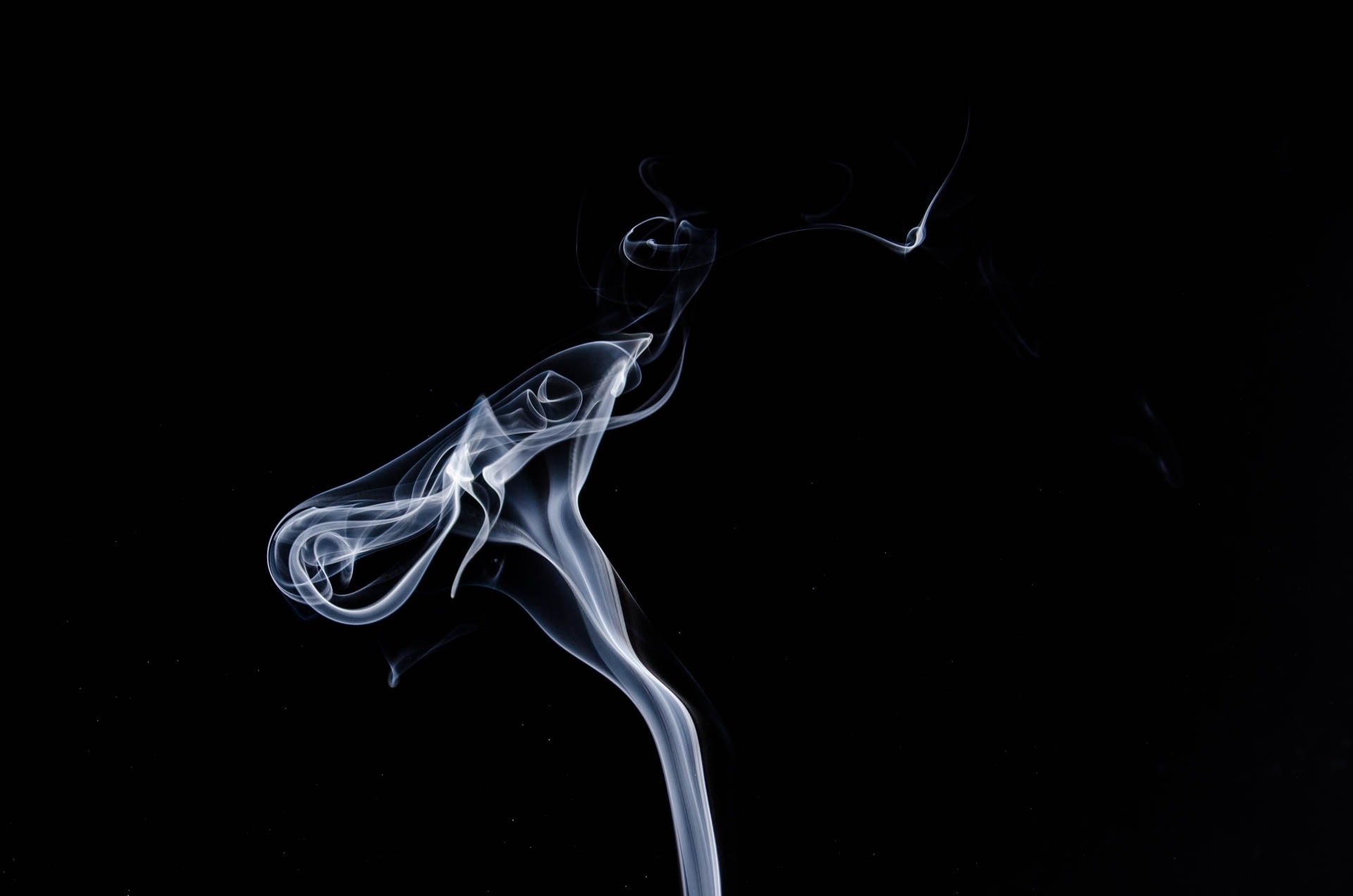 The application of the idea of punctuated equilibrium to scientific ideas has been explored by the historian of science Thomas Kuhn (1922-1996), who described a kind of encrustation that precedes an intellectual transformation.

An idea about how the world works is accepted truth until it starts to accumulate exceptions that require more and more complex explanations to remain intact, like more and more elaborate embellishments told by a criminal to cover up his whereabouts on a particular night when a crime occurred.

Eventually the idea collapses under its own weight, guilty as charged, and is replaced by something new and simpler.

How does this emergence of new paradigms relate to creative endeavors?

Works of art, music and literature are also models of the world like scientific theories are, but they use a different language than equations and measurements.

Perhaps, just as in science, the models break down or run out of steam after their power wanes.

Modes of artistic expression are not unequivocally proven wrong like theories, but instead become irrelevant or less compelling and fade away.

The first force field story comes from this fertile time in physics.

It is tongue in cheek, and concerns the influence of the theoretical physicist Wolfgang Pauli (1900-1958), known for, among other things, predicting a particle called the neutrino.

The neutrino has amazing properties, such as being so subtle that it is able to pass through billions of miles of solid lead without bouncing off of anything.

In it, he described not only what went on in labs and universities, but also the quirky and complex characters behind the experiments and equations.

It is well known that theoretical physicists cannot handle experimental equipment; it breaks whenever they touch it.

Pauli was such a good theoretical physicist that something broke in the lab whenever he merely stepped across the threshold.

A mysterious event that did not seem at first to be connected with Pauli’s presence once occurred in Professor James Franck’s (no relation to the composer/organist César Franck) laboratory in Göttingen in southern Germany, near Stuttgart.

Early one afternoon, without apparent cause, a complicated apparatus for the study of atomic phenomena collapsed.

Franck wrote humorously about this to Pauli at his Zurich address and, after some delay, received an answer in an envelope with a Danish stamp.

Pauli wrote that he had gone to visit Niels Bohr (more about him below) and at the time of the mishap in Franck’s laboratory his train was stopped for a few minutes at the Göttingen railroad station! 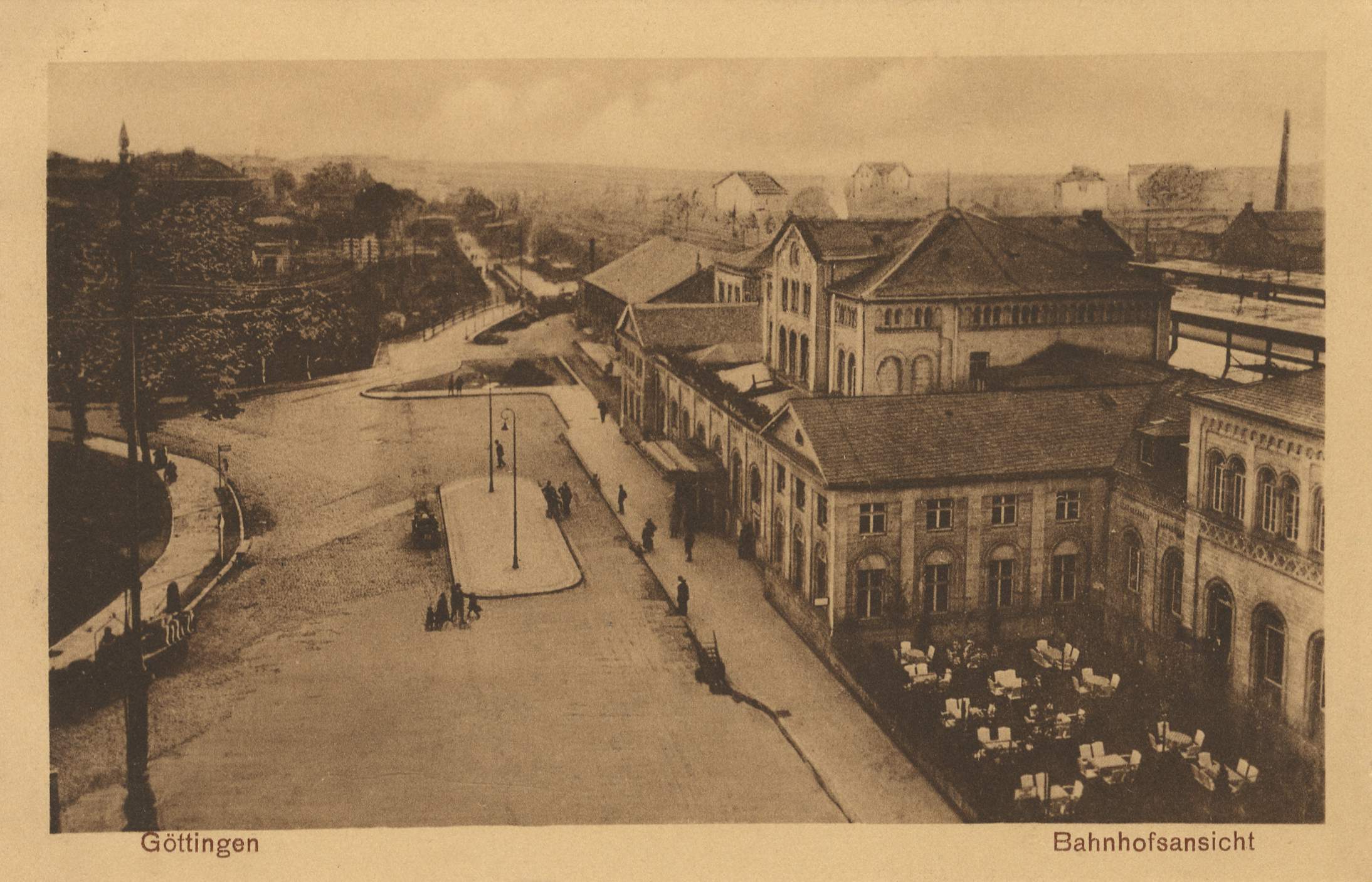 This became known as The Pauli Effect, and there were numerous claims of its workings among physicists.

The Pauli Effect is a humorous anecdote about an invisible force field that most people probably did not take seriously but made for a good story.

But there are other force fields, just as invisible, that people take much more seriously.

A story of some gravity 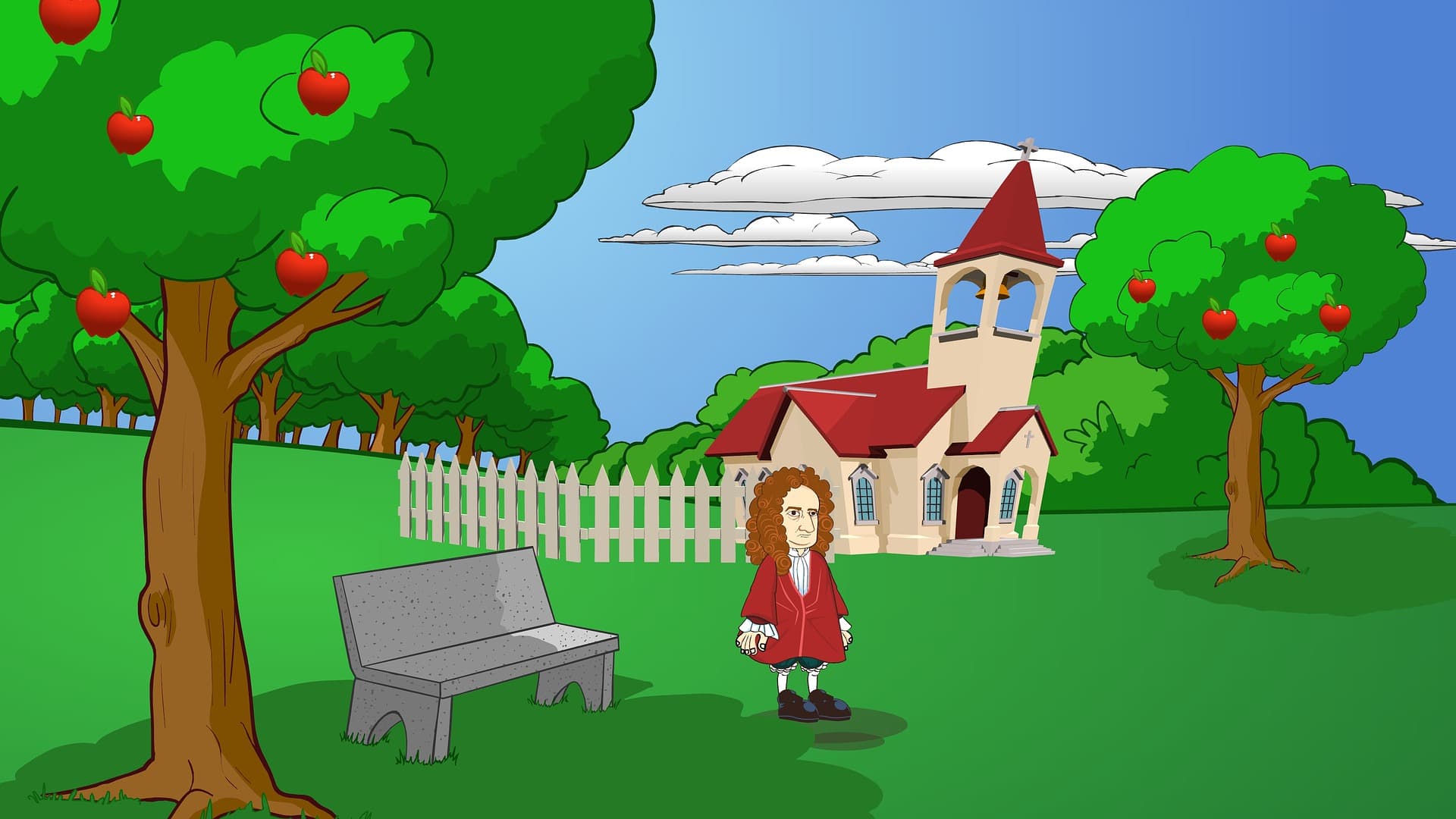 Most of us believe in the existence of gravity, though nobody has ever seen it.

Physicists have created the idea of a force field to explain the workings of gravity in a concise way.

A force field is a human abstraction, a mathematical construct that associates numbers with points in space, the numbers tell us how strong gravity is at that point and what direction it points.

This abstraction helps us make sense of our world. Perhaps this is the reason abstraction exists at all.

Embedded in the idea of a gravity force field is a belief that gravity is not subjective, that it works everywhere including places we’ve never been.

There is always that one possible experiment that discovers that gravity doesn’t apply right behind your left elbow that could sink the whole elaborate edifice, Newton and Einstein and lots of others washed away in the dam breach.

Remember this when people state emphatically: “The science is settled”.

The Power of Belief

A very instructive story about belief comes from Copenhagen, Denmark, from the fertile and impish mind of Niels Bohr (1885-1962), one of the fathers of quantum mechanics, whose discoveries of resonances in atoms resonated all the way back to Pythagoras’ discoveries of harmonics in a string.

He kept a horseshoe above his office door, with the open end pointed upward so as to catch luck. 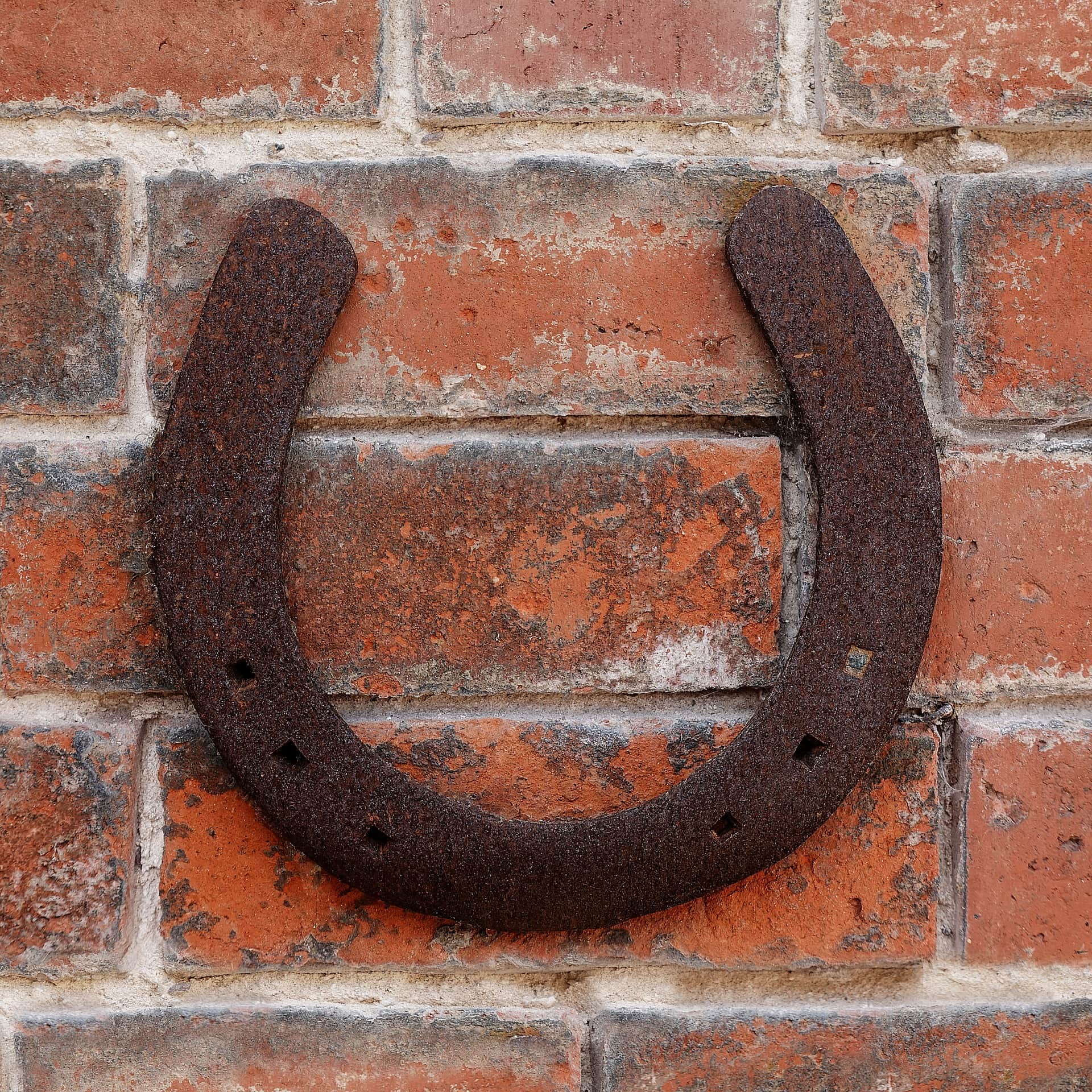 At some point a reporter came to his institute to interview him and was puzzled by the horseshoe.

The reporter queried, “How can such a famous scientist as yourself believe in such superstitious nonsense?”

Bohr replied, unfazed, “You know, my friends tell me it works whether you believe in it or not.”

Bohr probably had his horseshoe just for fun and to provoke journalists, but beliefs are not always so obviously posted above one’s office door. Many of them are more subversive and subtle than that.

The insidiousness of beliefs and the importance of examining them

Practical men who believe themselves to be quite exempt from any intellectual influence, are usually the slaves of some defunct economist. Madmen in authority, who hear voices in the air, are distilling their frenzy from some academic scribbler of a few years back. 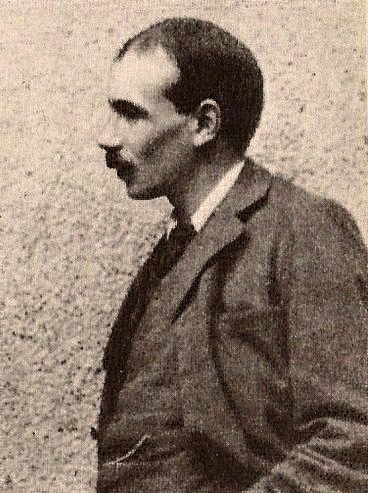 The idea of an artificial abstraction with explanatory power is not recent and not solely the province of physicists and economists.

Plato conceived the noble lie or useful fiction as an explanatory story for the purpose of keeping society socially stratified in his Republic.

An object lesson in not only examining what one’s beliefs are, but who and where they come from.

Ideas are sticky, like viruses, and it’s easy to become unknowingly infected.

There are lots of things, like Bohr’s horseshoe, that work whether you believe in them or not.

And, conversely and perversely, there are things that don’t work that you believe in nonetheless.

Often it is because these things live under the radar of overt questioning and occupy the realm of the subconscious.

Like an iceberg, the subconscious is much bigger than the conscious world and resists efforts at cataloging.

So we create fictitious forces and effects to try and simplify and comprehend what is going on down there, so as to make sense of our world.

We are the scientists of our own internal worlds, creating and discarding theories.

But we are also the architects of our internal worlds, with the ability to influence things, not like physicists trying to find consistency across the whole Universe.

As Mark Twain famously did not say,

It ain’t what you don’t know that gets you into trouble. It’s what you know for sure that just ain’t so.

Nobody actually knows who said it, which makes it a good quote in a discussion about the origin of certain beliefs.

What stories do we tell ourselves about ourselves?

The most subversive beliefs are the ones that we have about ourselves and that we’re unaware of.

They can be as fabricated as the Pauli Effect but have an influence as solid as gravity in its effect on ourselves.
These are the force fields, the inhibitory abstractions, the useless fictions, that prevent us from moving forward on our creative journey.
Here are some examples:
There are many more.
Some ideas are harmless, like a horseshoe above your studio door.
But others need to be shown the door, their power and bad magic defanged.

Let some ideas die in your stead and new ones take their places.

Discard counterproductive ideas like a scientist discards theories.
Gravity will still work and the sun will still come up in the morning, but you will feel lighter and brighter, freed of the drag of force fields of your own making.
With gratitude from my studio to yours,
Nancy

If you enjoy these posts, you’ll love my book The Artist’s Journey: Bold Strokes To Spark Creativity in either book, ebook or audiobook form. 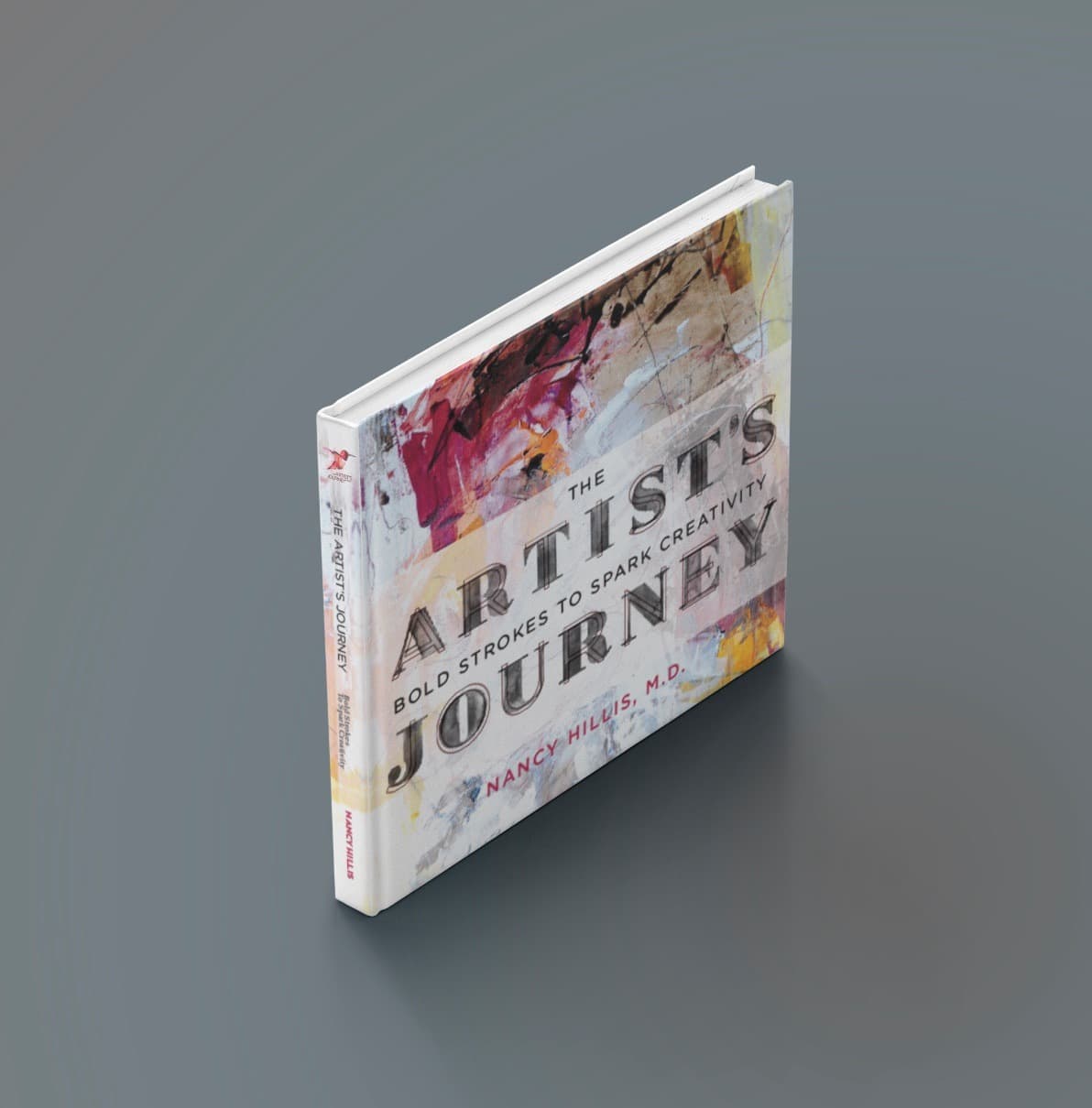 Art mirrors our inner state in ways that are meaningful and mysterious.
Creativity is central to feeling alive.

The time to create your art is NOW. Whether you dream of loosening up and exploring creativity, expressing yourself, healing and becoming whole, experimenting with paints, colors, and techniques, or surprising yourself with your art, The Artist’s Journey is your step-by-step guide to bold self-expression.

THE ARTIST’S JOURNEY teaches you how:

Dr. Nancy Hillis is a Stanford-trained existential psychiatrist, abstract artist, and founder of The Artist’s Journey® workshops. In The Artist’s Journey, Dr. Hillis expertly guides you to experiment with mark making, color, and brush strokes, to explore ways of igniting inspiration—and finally, to express you in your paintings