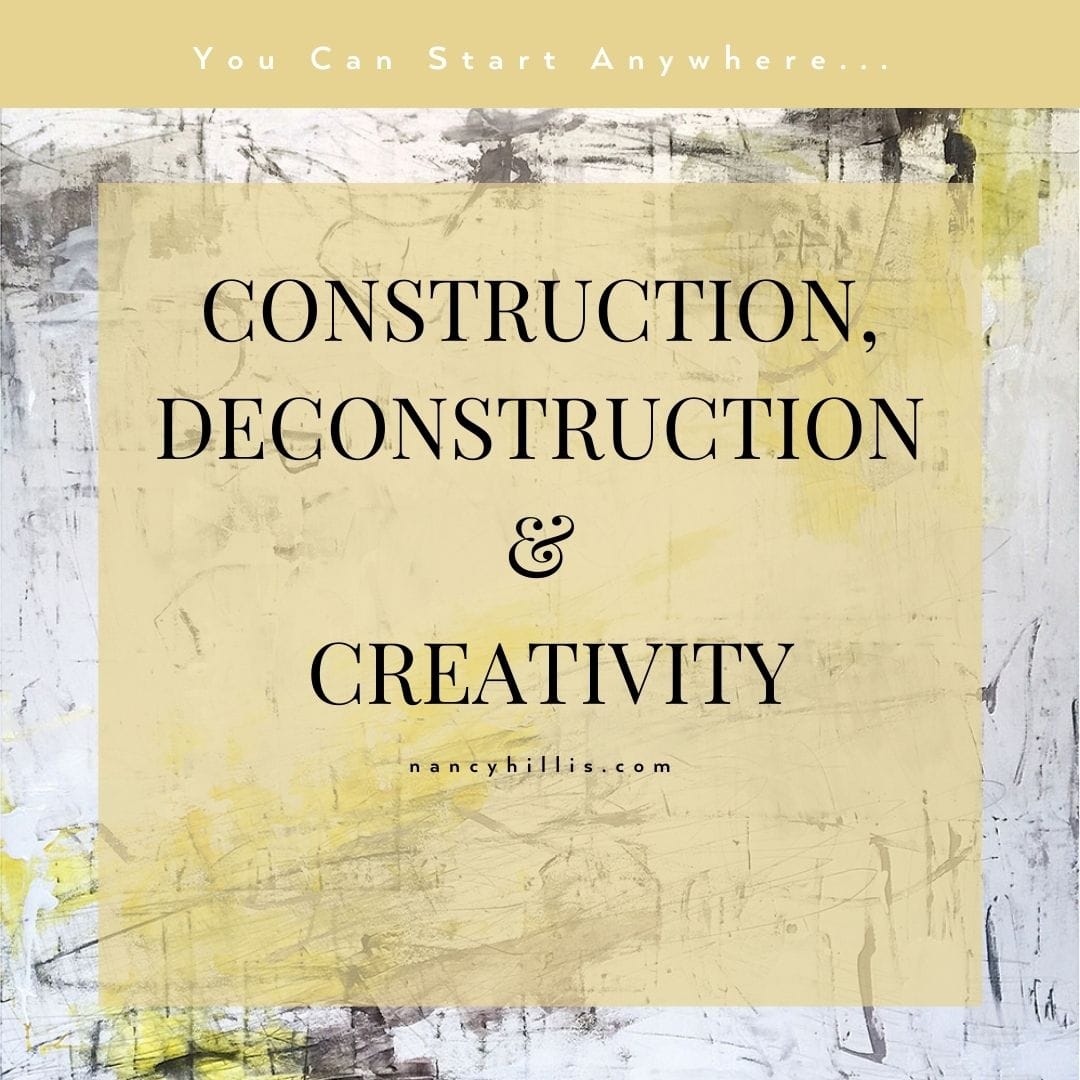 The last two weeks have been challenging here at the homestead in Santa Cruz, California.

A rampaging wildfire ignited by a freak dry lightning storm burned fully one-quarter of the land area of the County, about 85,000 acres. (344 km^2)

An idyllic town by the sea became shrouded in dense choking smoke, the normally sparkling blue ocean spiritless and still. About 1,000 homes were lost with one fatality, and 80,000 people had to be evacuated, almost one-third of the County’s population.

As it turned out, we were never in imminent danger though the fire raged 4 miles away. We are down on “the flats,” closer to the ocean and away from the mountains cloaked in massive redwoods.

Even though they are almost all second-growth, much of the logging occurred 150 years ago, and redwood trees can grow close to 200 feet high (60m) in that time. They are generally quite fire tolerant, but all the undergrowth that grows in their shade is not.

Even now the fire is not fully contained, it smolders in dense slopes of deep duff, but the wind has started to blow off the ocean and the nighttime fog has helped mitigate the fire like a proverbial wet blanket.

Looking out at the grey landscape, ash flakes falling from the drab sky, it is striking to see how fragile civilization’s normality is. I think of T.S. Eliot,

This is how the world ends, not with a bang, but a whimper.

Now that people are returning to their homes, or where their homes once stood, the long process of rebuilding begins. Experience with previous California fires shows that this is a process that can take years.

As a physicist, Bruce is a compulsive scientist. He started wondering why many things can fall apart so quickly yet grow so slowly. 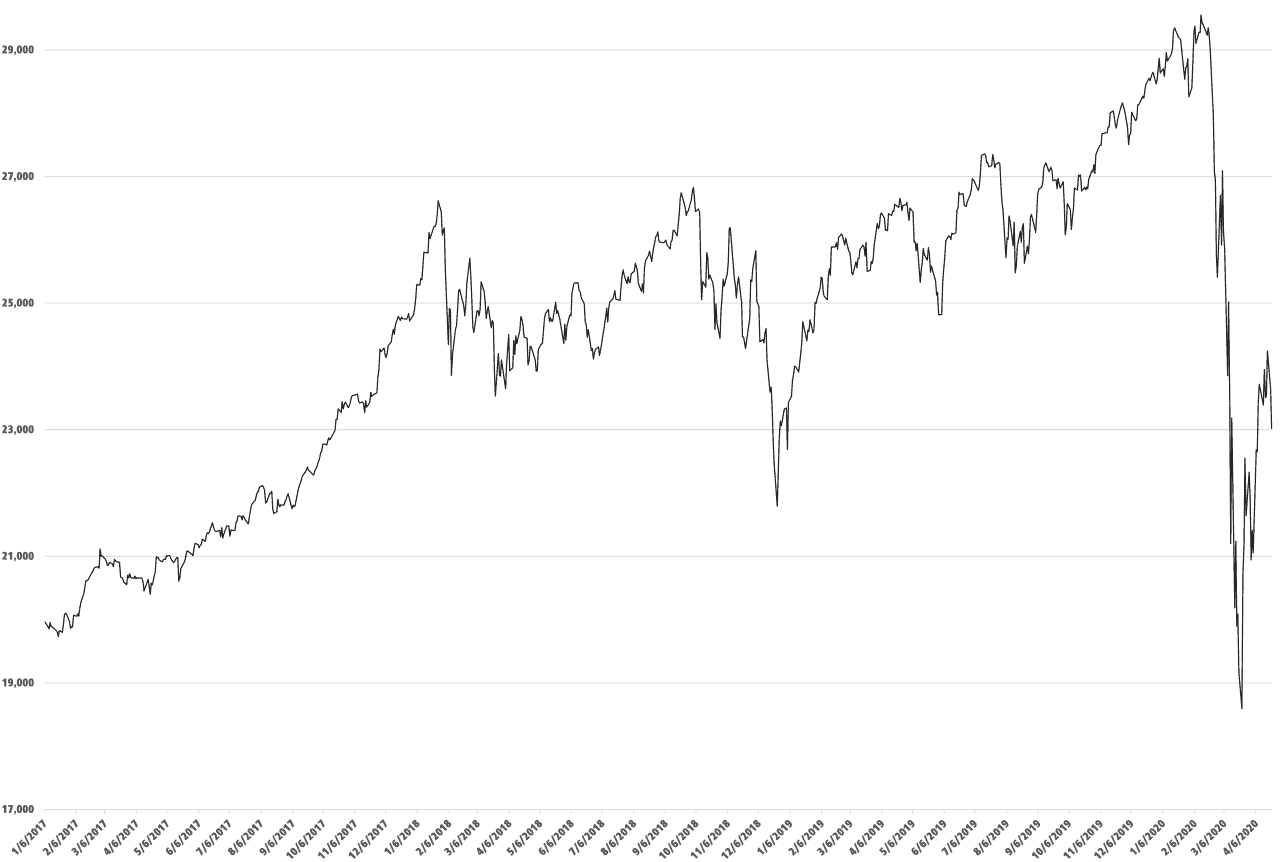 Stock Market: Up Slow, Down Fast

Asymmetries of all kinds hide remarkable and subtle truths.

This phenomenon happens in stock markets, in ecosystems, in forest fires, in earthquakes, and in many other things.

But he is also a musician and fascinated by all sounds, including non-musical ones.

The world is an endless avant-garde concert of thuds and whines and scrapes and susurrations.

The sounds of creation and destruction

Completely unrelated to the fires, we are having some work done on our house. We believe the only way the south facing wall was still standing was because the termites were holding hands and singing kumbaya. 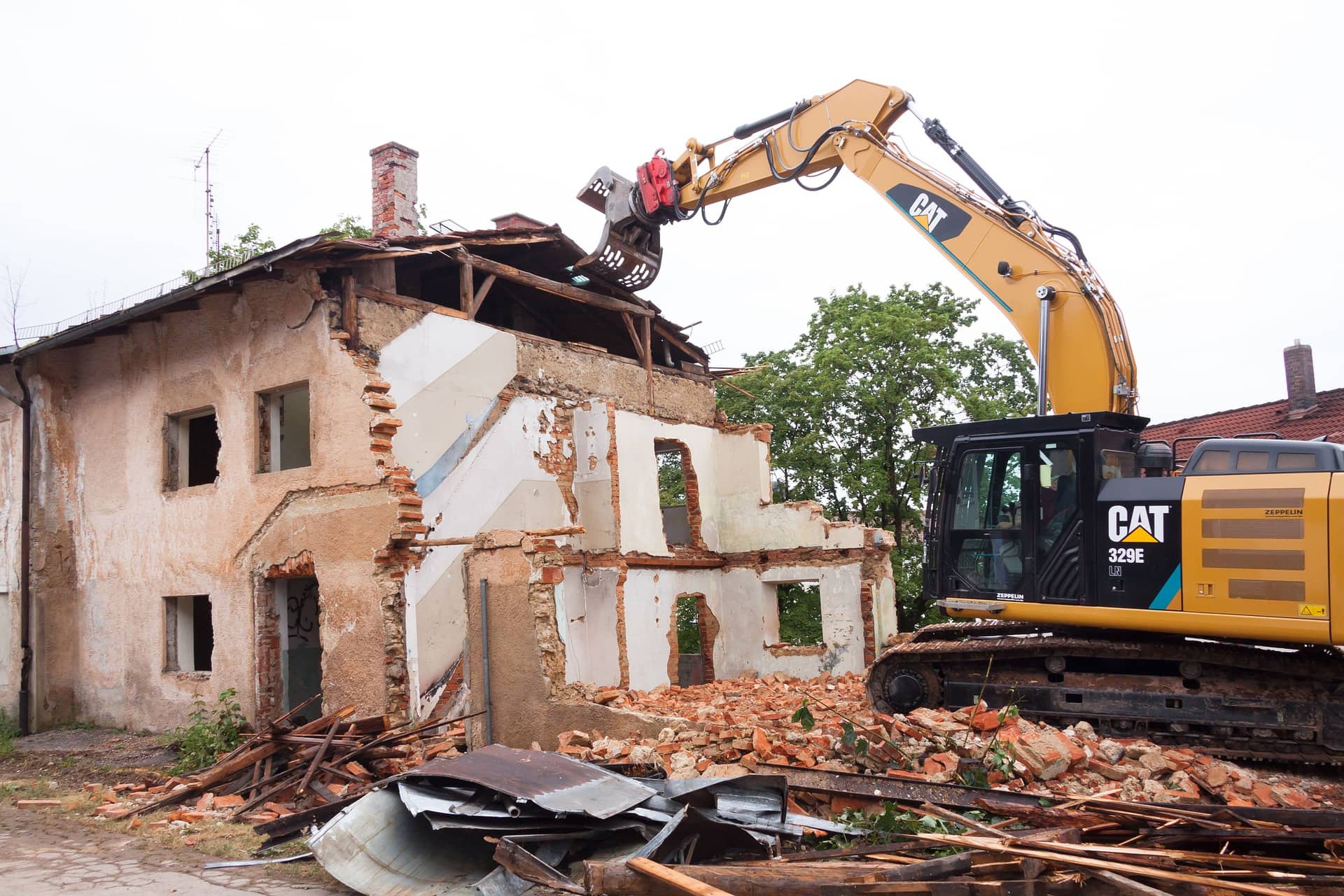 Example of a house demolition

It begs the question, “Why do people insist on building houses out of food?”

Everything that comes together, falls apart.

To work on this wall, part of it had to be demolished.

Inside the house it felt like a physical assault, sledgehammer blows shaking the mercury amalgam fillings out of our teeth and eliminating any shadow of contemplative thought.

We figured the whole place might collapse in a dusty huff of sawdust.

Two weeks later, interrupted by fire, work on the house started again. But a different kind of work. 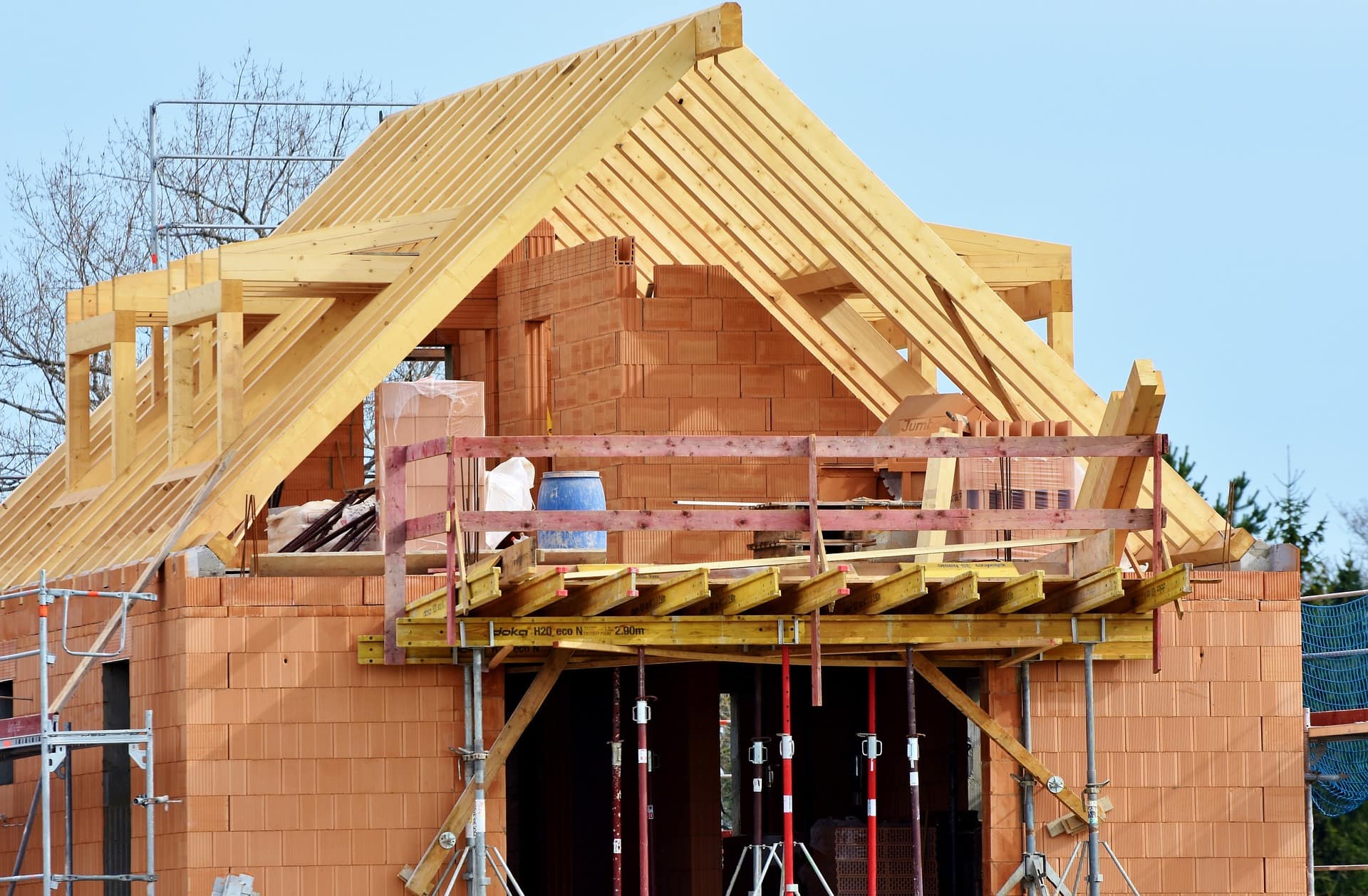 It is calm, considered, orderly.

Like destruction’s hammer blows, construction has a rhythm, but it is not so relentless and violent, more episodic and considered.

In evolutionary biology, there is a phenomenon known as punctuated equilibrium, sometimes affectionately known as Punk Eek.

The Cambrian explosion, about 550M years ago, is a prime example of this, as is the explosion of new forms of life after the extinction of the dinosaurs about 65 million years ago.

This is the idea, supported by evidence in the fossil record, that evolution does not proceed smoothly like a stately royal procession in a British cathedral.

Instead of imperious measured steps down a vast stone nave, it’s more like hours of quiet studying in a calm library interrupted periodically by raucous mobs of soccer hooligans, knocking over chairs and hurling books.

This has also been seen in the world of ideas as written about by Thomas Kuhn in his Structure of Scientific Revolutions. Long periods of intellectual stability are punctuated by rapid turbulent change.

We wrote about this on the Ides of March about a phenomenally powerful and short period of change across many areas of human expression from 1905 to 1909.

In 1987, Bak, Tang, and Wiesenfeld published a seminal paper about sandpiles. These sandpiles were not made of real sand, but instead lived inside of a computer as a simulation.

They discovered that these sandpiles were “bursty”—they would sometimes accumulate digital sand and then slide off into an avalanche all at once.

You can see this phenomenon in a real sandpile the next time you find yourself at a beach with nothing to do, which is some of the point of going to the beach.

This burstiness got given a name, Self-organized criticality.

Just add sand. The system goes to the point of being poised at instability and sloughs off avalanches of sand to stay in that poised state.

It is poised between creativity and destruction.

The sandpiles have a kind of creative and destructive dynamics. They slowly accumulate sand, one grain at a time, then sometimes slough off large amounts, up to the whole surface, all at once before continuing the slow accumulation.

This model is interesting to scientists because, as Einstein said,

Everything should be made as simple as possible, but no simpler.

Bruce tried setting the simulated sandpile dynamics to music as part of a summer workshop on algorithmic computer music (yes, it’s a thing) with fascinating results- a tune both regular and quirky emerged, hypnotic and strange.

It had structure and rhythm, but not too much.

It had asymmetry, but not too much.

It had many small intervals and a few bigger ones.

At some hard to predict time, a single well-placed and timed event causes a cascade, sweeping away long periods of accumulated structure.

Perhaps these cascades happen all the time and in many sizes, but we just notice the big ones.

Perhaps this freight can be seen as some form of constraint. Eventually a system has too many competing constraints and does a housecleaning, purging the old and building anew.

Many of the above mentioned systems live near this boundary of instability on average, just to the left of it, with occasional excursions to the brink.

Life & Constraint By The River

Darwin described a riverbank near his home in the 1850s:

It is interesting to contemplate a tangled bank, clothed with many plants of many kinds, with birds singing on the bushes, with various insects flitting about, and with worms crawling through the damp earth, and to reflect that these elaborately constructed forms, so different from each other, and dependent on each other in so complex a manner, have all been produced by laws acting around us.

The world of creatures and ideas wants to be interconnected, as much as possible.

This dynamic produces cascades of purification as a deep and fundamental part of its essence. These cascades are slow to accumulate, quick to avalanche.

Construction and destruction are inseparable, but different.

There is an essential tension in creativity between construction and destruction.

Picasso was a master of this.

Every act of creation is first of all an act of destruction.

Art is poised between creation and collapse. The juice lives at the edge.