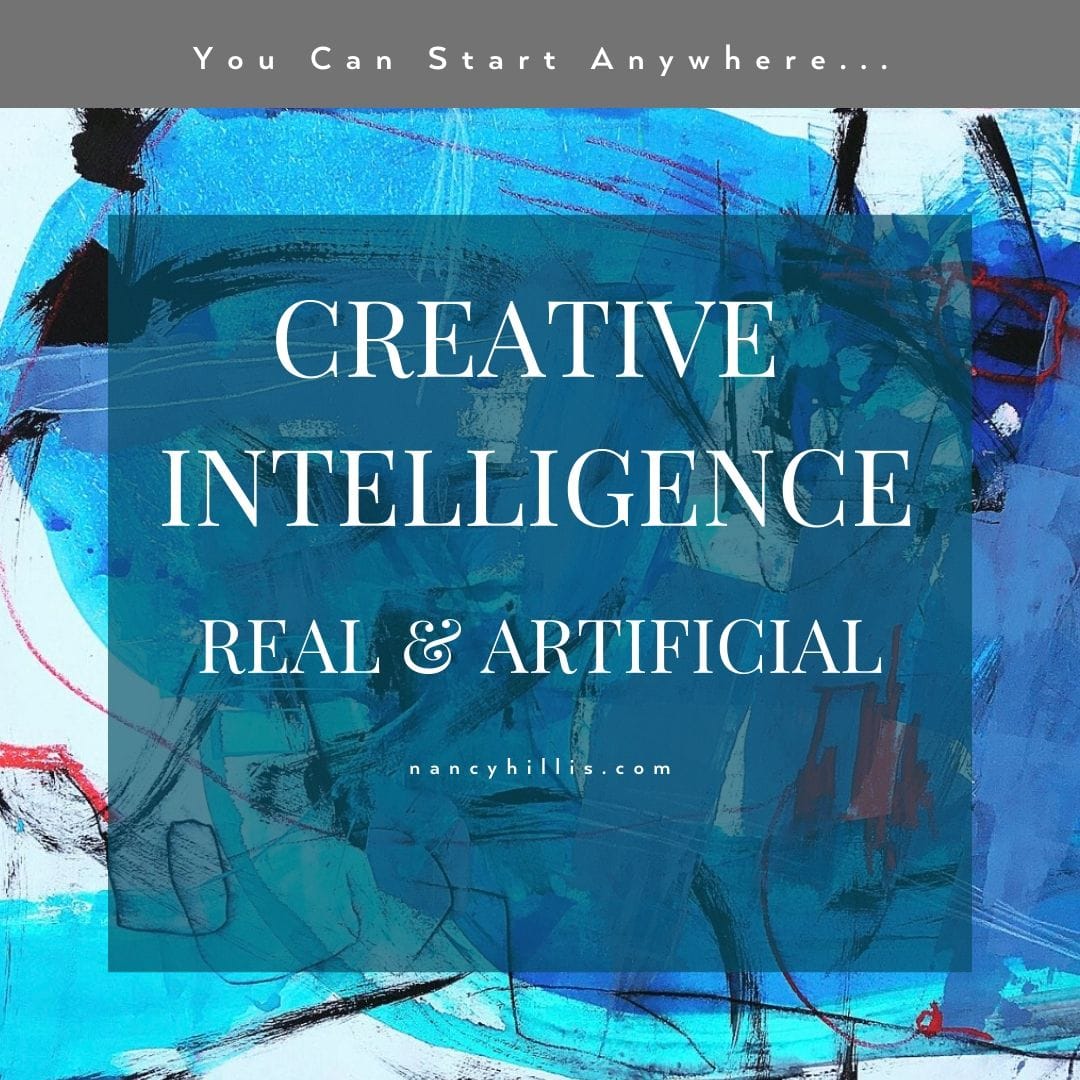 You can watch the video by clicking on the arrow above or read the post below.

Our team at The Artist’s Journey® continually seeks to refine our offerings of abstract painting and creativity courses and workshops while simultaneously making things run smoothly.

To this end, we are ever exploring new offerings of software that make the journey for the artist enjoyable and exciting.

One new find is a remarkable little bit of software that transcribes spoken words into written words and thereby makes audio and video presentations searchable, just like one searches online using Google by typing words into a window on one’s computer or phone. 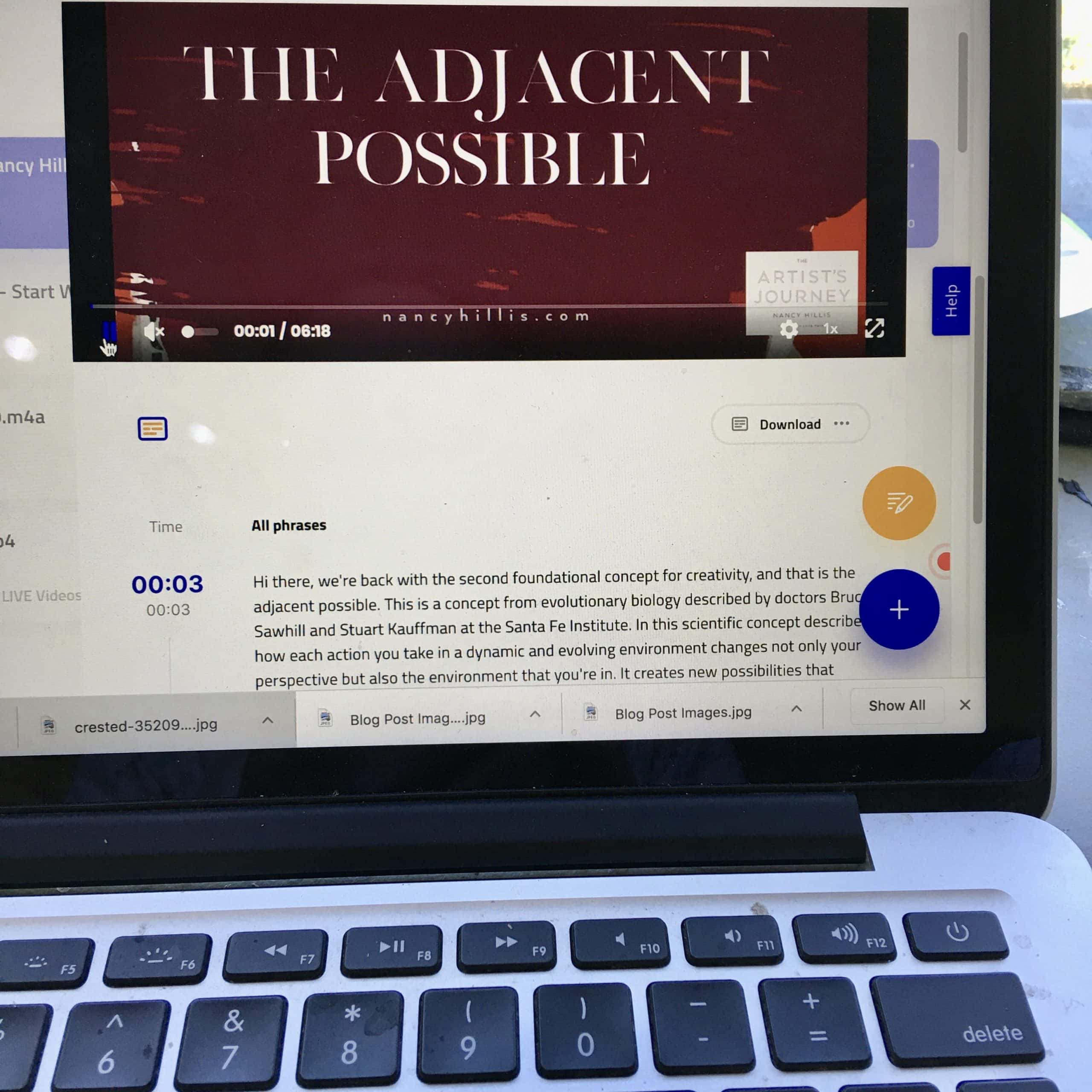 Searching & Finding What You’re Looking For

The alternative is to play through the entire presentation, trying to find where the magic words were spoken, perhaps fast-forwarding to get to the approximate place where one thought it happened. This can be frustrating and time consuming.

It’s pretty cool that software can do this.

What if you could search images with keywords?

This might help you remember a piece of art that you saw in a museum years ago but can’t remember who it was painted by.

The problem is that we don’t have a very good language to use in our search. How would you tell the software what to look for?

Our new trial software generated tremendous amusement around the household when it transcribed ‘Veronica’s’ as ‘Moronic asses.”

Though we know of a number of the latter, some even in high positions of government, none of them are named Veronica to the best of our knowledge.

How does software know how to do this? Is it being truly creative, even erroneously?

A good example of this is teaching a computer to recognize handwriting.

There is no single version of a handwritten letter of the alphabet, everybody writes their letters differently.

Computer scientists use a program called a neural net to imitate the cognitive function of the brain. The neural net is fed many examples of handwritten letters, and it is supervised in that the researchers inform the program what letter is being written.

The neural net forms a map of association that captures the ‘gestalt’ of a given letter of the alphabet so that when it sees an example it has never seen before, it places that image in the proper category with good reliability.

Doing this well requires vast amounts of data to use for training. This ensures that every new image encountered is close to something that has already been seen. 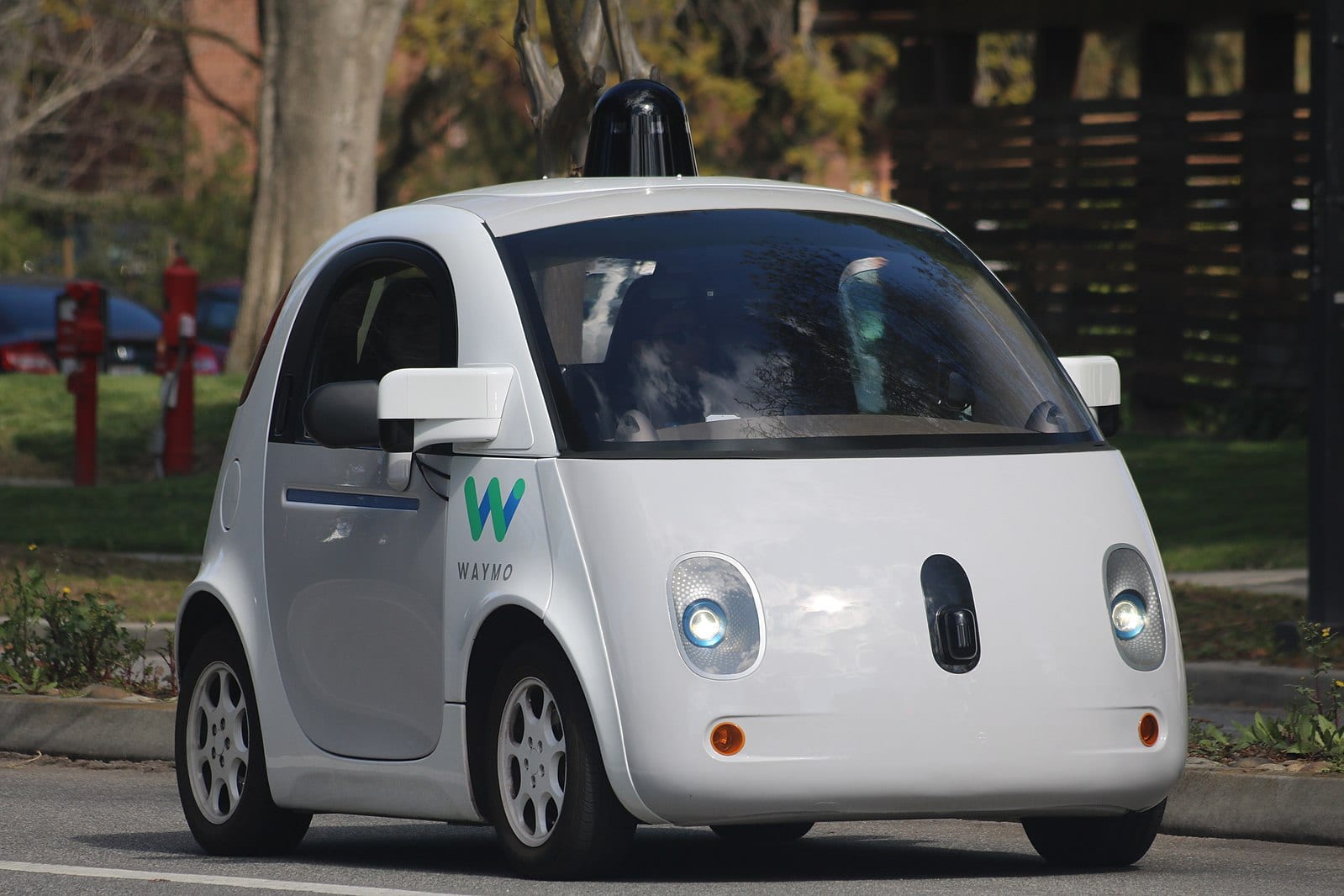 More sophisticated versions of neural nets are being trained to drive cars and fly drones, but the basic principle is the same. The programs are given very large numbers of examples to train their ability to recognize patterns, then they are loosed on unfamiliar inputs.

Self-driving cars use software to parse their surroundings. This means to identify all of the separate visual elements around the vehicle and to put them in categories. (Road signs, edges of roads, people, buildings, trees, other cars, and so forth). Then the car’s software computes the appropriate next action and implements it.

Where do the categories come from?

They come from people, not computers.

People define them in advance because they know what is important to consider when driving a car.

In previous blog posts about the difference between the Unknown and the Unknown Unknown, self-driving cars are working in the realm of the Unknown.

They are able to put a fence around what they don’t know and to follow a rigorous procedure to come to terms with what is inside the fence. 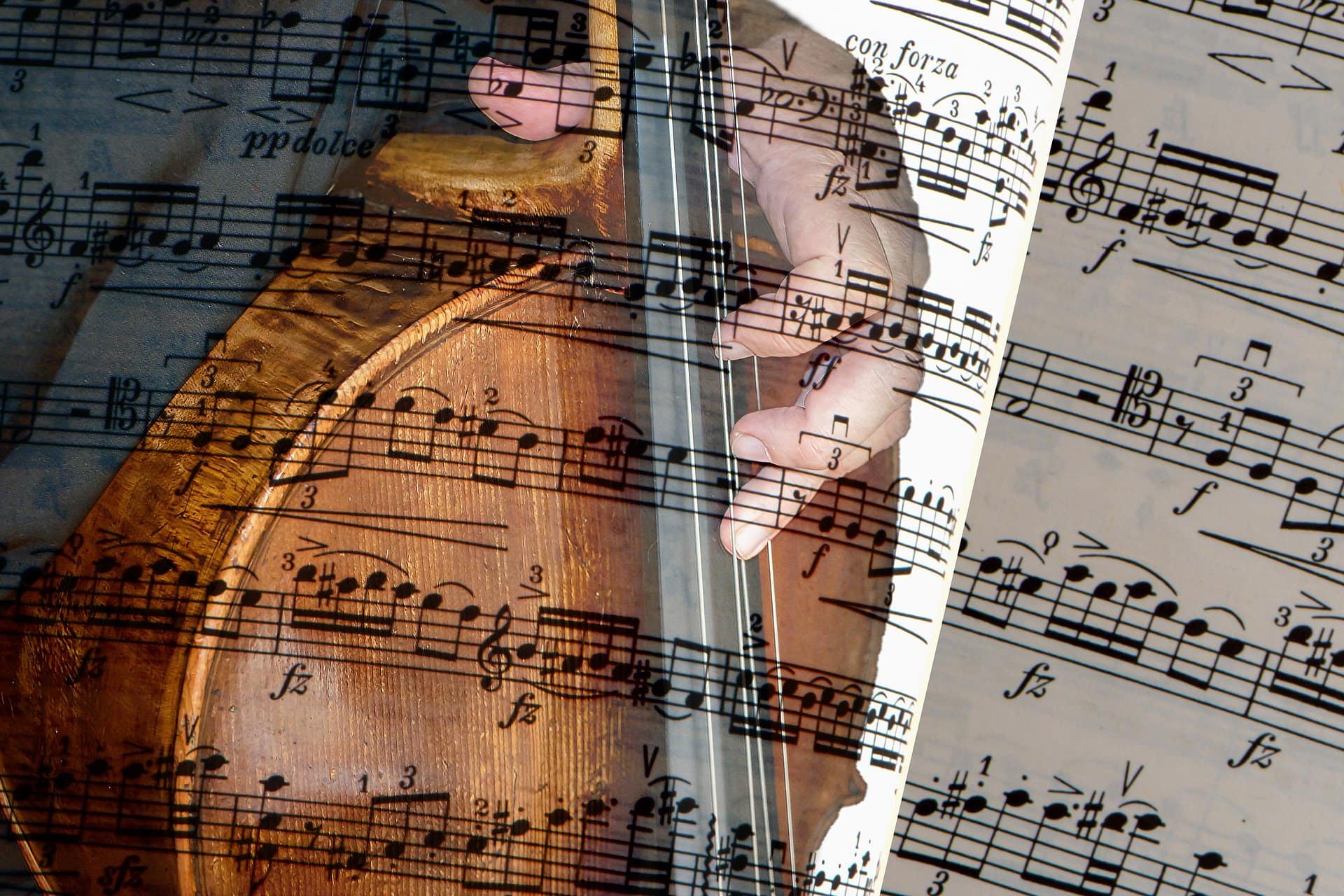 In 2012, Bruce attended a very unusual workshop on Algorithmic Computer Music. This was a workshop on teaching computers how to compose music, taught by University of California, Santa Cruz emeritus professor David Cope.

Professor Cope achieved fame by creating, among other things, a Mozart cello concerto. 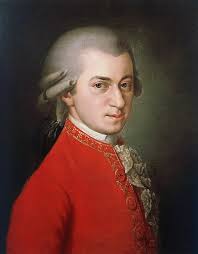 Mozart never wrote a cello concerto since he had an antipathy towards the instrument.

How is that even possible? Having studied cello for 9 years it’s hard for me to imagine what’s not to love about the cello.

It’s like having an antipathy towards ice cream, but I digress.

The cello concerto was synthesized from compositional rules gleaned from analyzing all of the digitized works of Mozart.

Is this new concerto truly creative?

It is creative in that it is new, but the parameters to create it were identified beforehand and the software was trained on the works of Mozart.

There was deep creativity involved in writing and tuning the computer program that then wrote the concerto, and there was creativity at the source, namely from Mozart.

A great deal of creativity can be ascribed to combinatorics. Combinatorics is the science of studying how existing things can be combined to create new things.

It is remarkably easy to get to astronomical numbers of possibilities using combinations of existing things. That means the chances of generating something novel are good.

We explore this concept of Combinatorics & Re-Combinatorics in my online course Studio Journey as well as in my live Artist’s Journey® workshops. 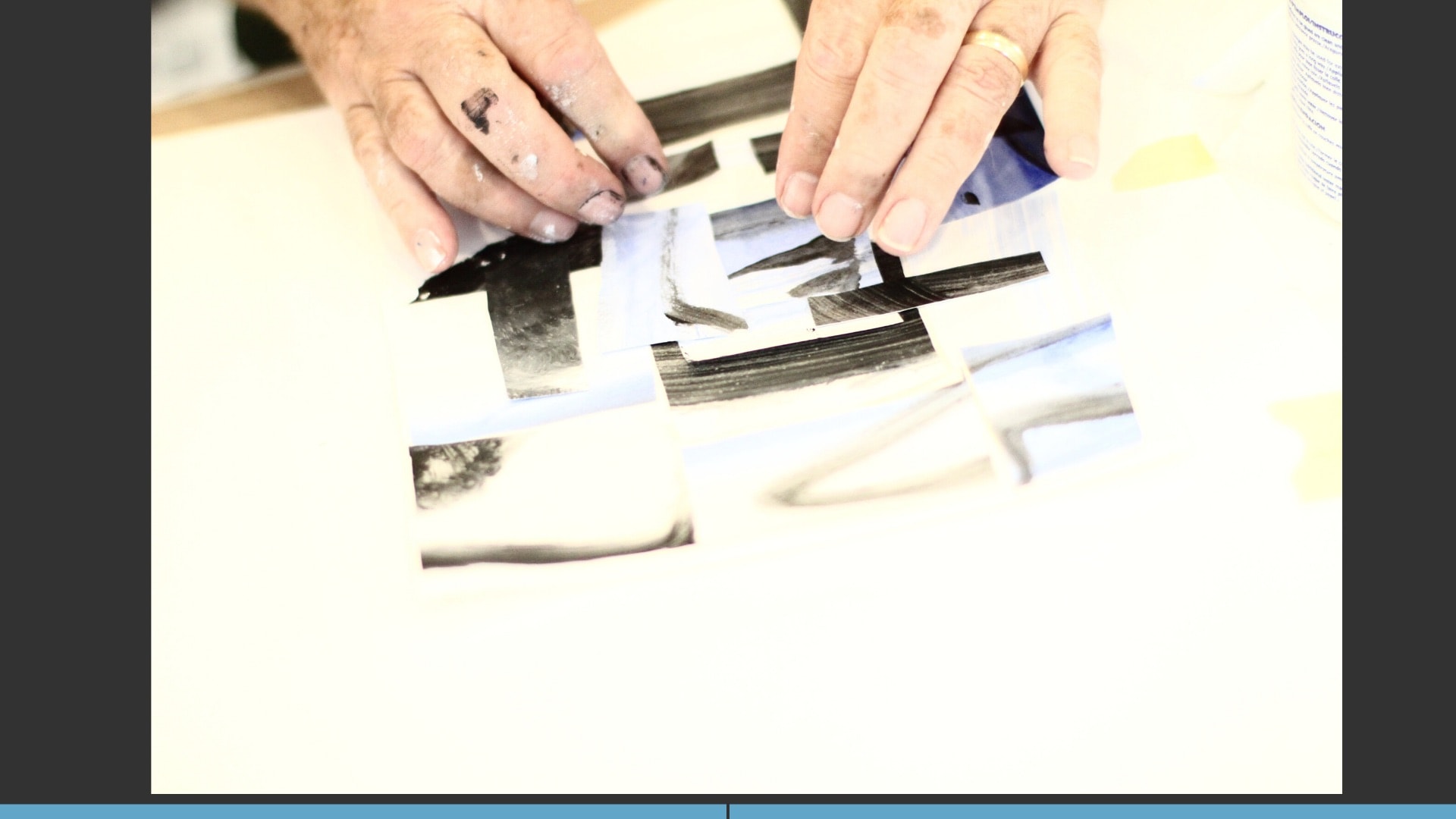 Is that all there is to creativity?

In previous posts we discussed the genetics of evolution and how it mirrors the creative process. There are two parts to it—

The recombination explores the unknown by generating new combinations within the constraints of existing categories.

Mutation can eventually produce new categories which can explore the unknown unknown.

I don’t know the detailed history of the cello concerto discussed above, but I suspect it was the best of many tries, with parameter adjustment (knob fiddling) occurring in-between.

Reminiscent of The Wizard of Oz,

Pay no attention to the man behind the curtain! 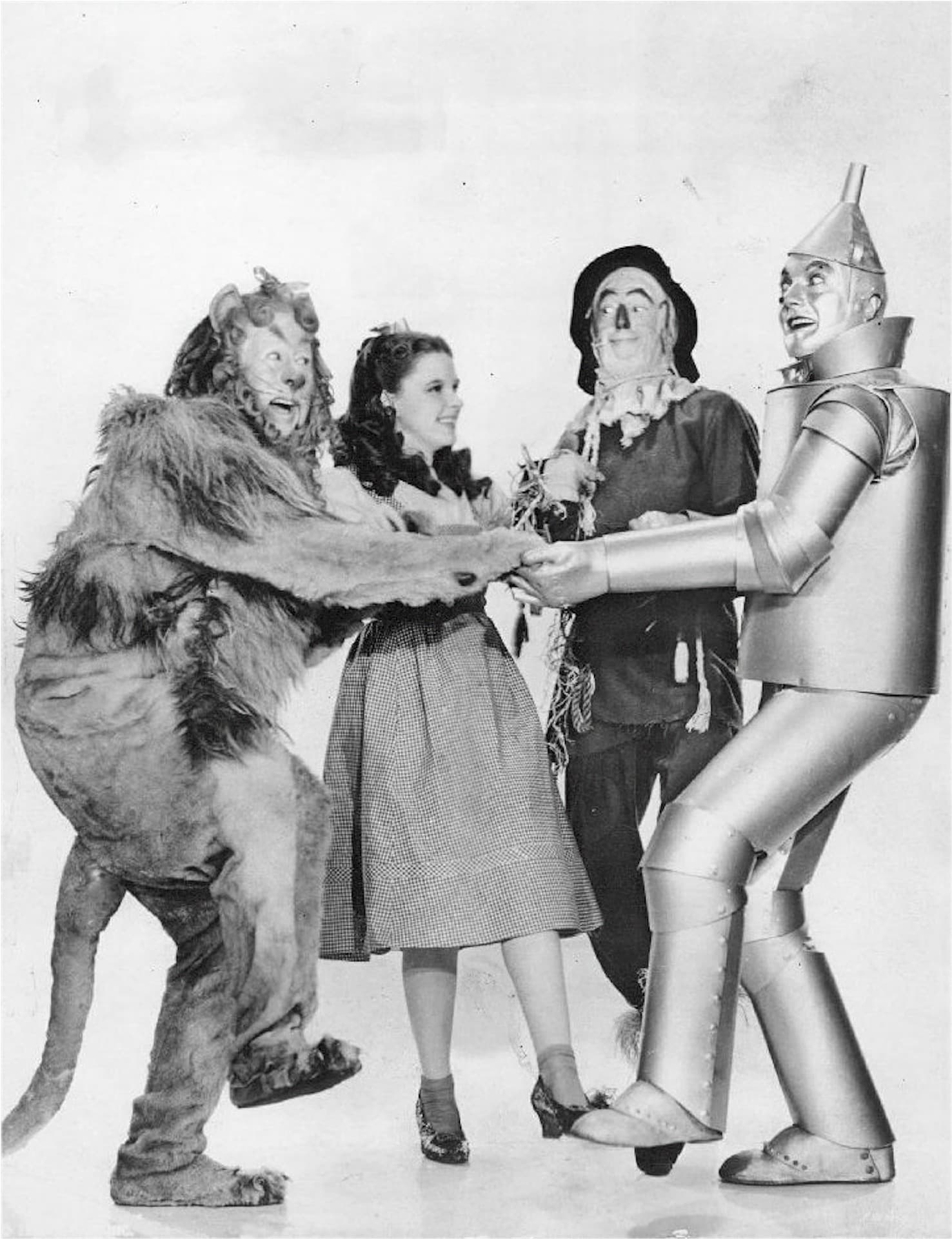 The Wizard Of Oz

A refined human aesthetic was at play here, guiding the computerized Mozart. There was a ghost in the machine and his name was David.

As a side note, David Cope wrote a book titled: The Tin Man. It’s about the humanity, or lack thereof, in computerized music.

But could the Mozart program suddenly start generating Beethoven?

This remains a distant aspiration.

Learning new rules of composition that are different from the old but evolved from them remains a dream of computer scientists and is called Generalized AI.

This is staggeringly difficult because Beethoven is more than “just music with different rules.”

Beethoven reflects an existential ethos that emerged out of the evolution of an entire civilization, not just the process of writing music.

We wrote along these lines in a previous blog post on creativity and virality.

Generating Beethoven starting from Mozart might require the simulated evolution of an entire civilization as a by-product.

We were able to generate Mozart because we *began with* Mozart.

There is an old saying in computer science: “Garbage in, garbage out.” David Cope managed to upgrade that to “Mozart in, Mozart out”, no mean feat. 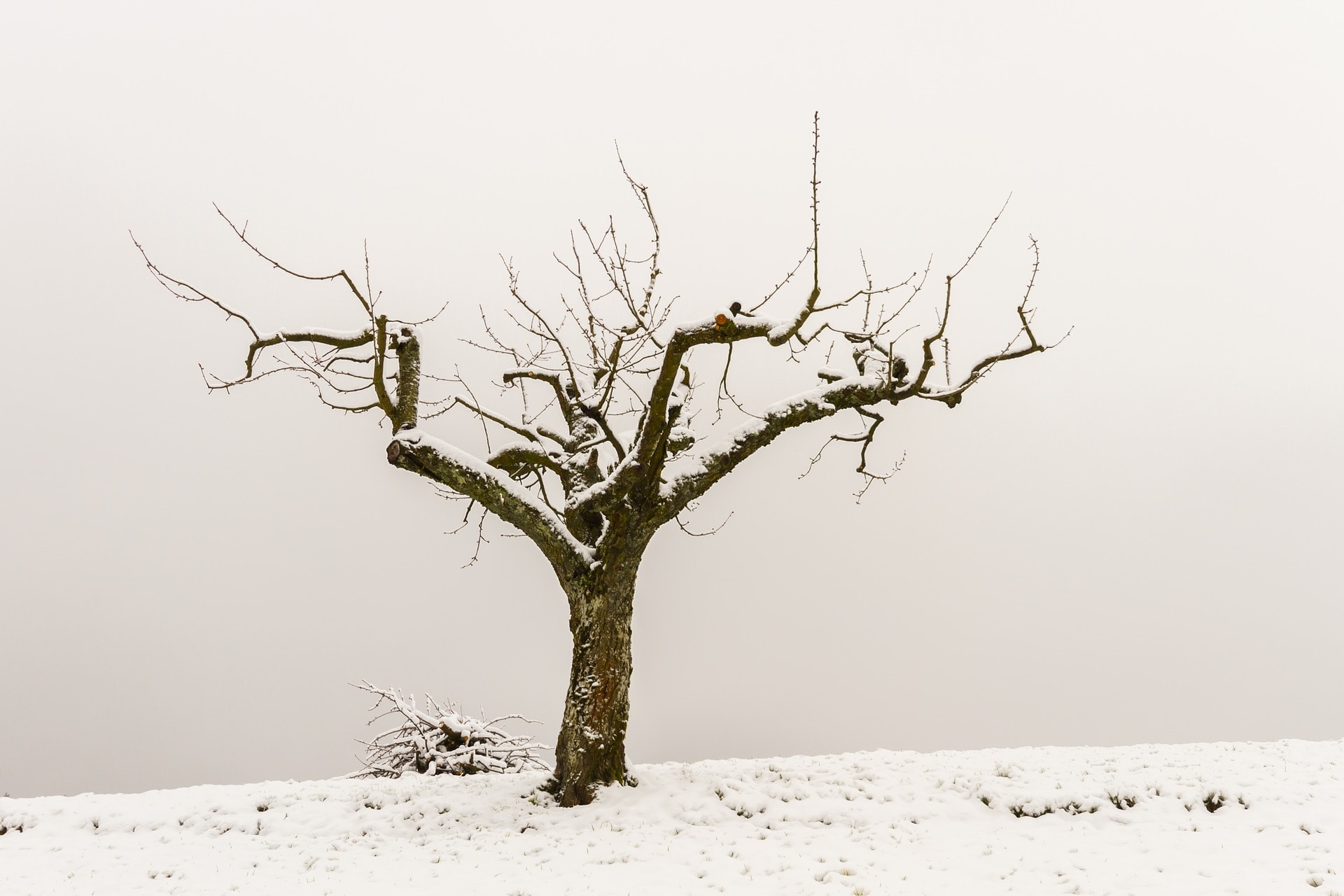 The vastness of combinatorics is almost too large.

There is not enough constraint, and the constraint is provided by the artist, author, composer or programmer.

Pruning away the negative is at least as important as seeking the positive.

This cutting away is often overlooked in the creative process because it is somehow seen as “negative.”

Combinatorics is not enough by itself, it produces a vast undifferentiated sea of Mozart-ish.

Nobody can live long enough to try every single possibility. The finiteness of life requires creativity, discernment, and decision.

Judgment is generated by learning from mistakes.

There is a lot of truth to the old sayings, “Experience is a name we give to our mistakes” or “Experience is that which allows us to recognize a mistake when we make it again.”

It only counts if you learn from them.

The Value Of Mistakes

Here’s an example of the usefulness of mistakes and the development of judgment in a world of possibilities:

The way we know how Ancient Greek was pronounced was by transcription errors of scribes at political meetings.

It was then possible to identify speech fragments that sounded like each other and to gradually build a pronunciation lexicon.

The huge world of possibilities has to be trimmed down enough to allow the car to keep on keeping on. The learning process is much faster when negative examples are included.

How is a creative person different than a self-driving car?

Human creativity deals with surprise, with the Unknown Unknown, with shifting contexts and categories.

But human creativity also has a strong component of recombination of existing categories.

Here is something we leave you with to provoke further thought: A Paris art collective called Obvious created a synthesized painting, Edmond de Belamy  in 2018.

The image was created by an algorithm that referenced 15,000 portraits from the 14th to the 19th centuries.

The portrait is signed by a mathematical statement of the algorithm. 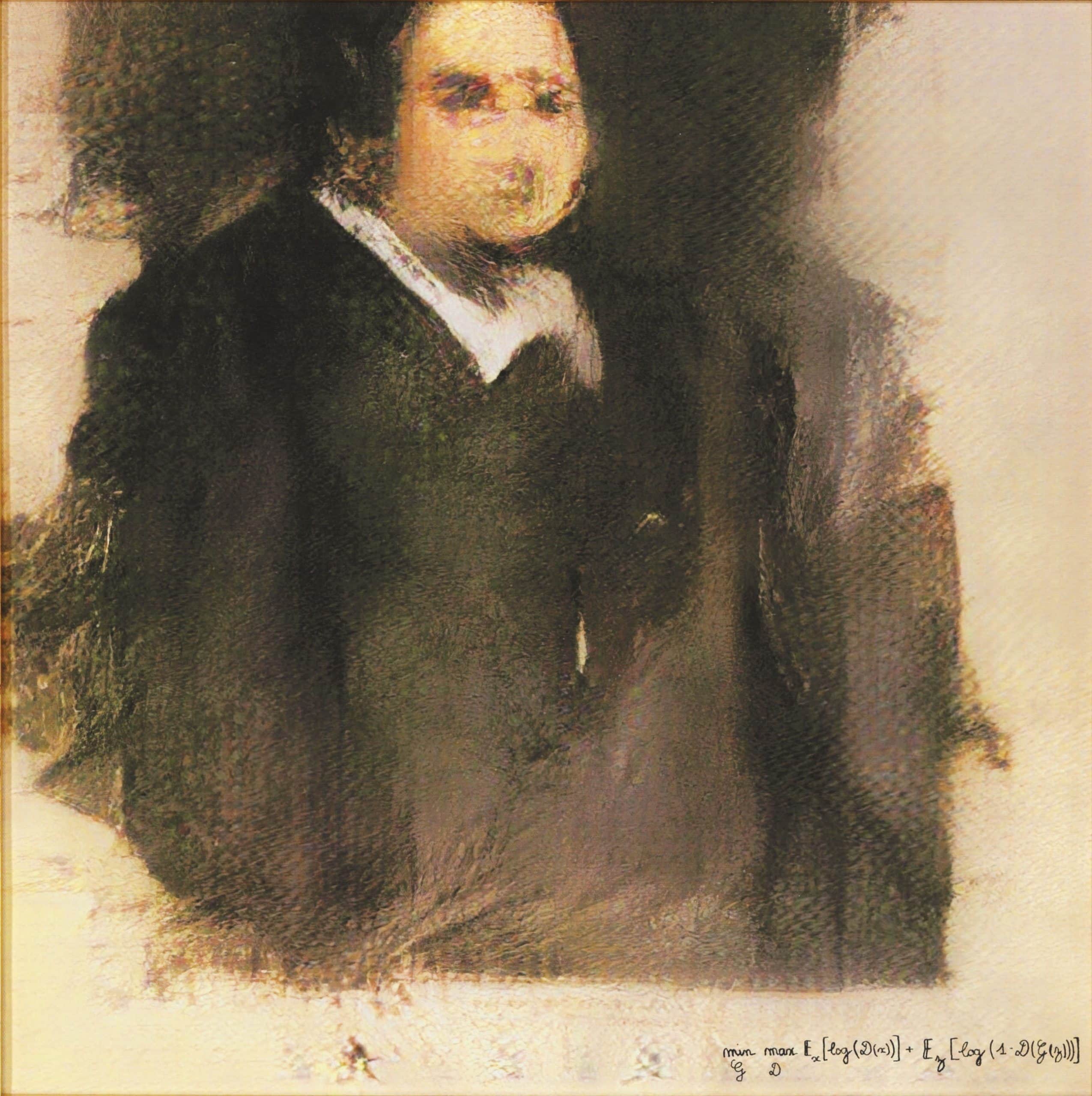 Do you want to get into FLOW? Access your Inner Grit? Join us in our 5 Day Creative Art Challenge.

Here’s a sample of the Challenge 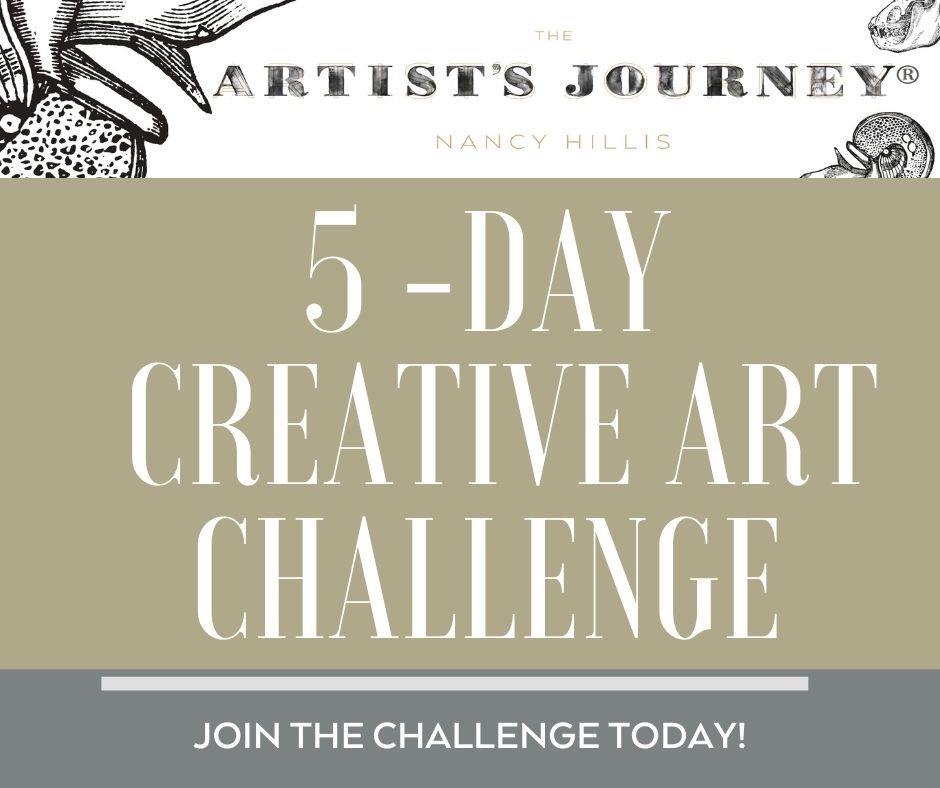 INSTRUCTIONS FOR THE CHALLENGE:

STEP 2: Join us in the Studio Den FB group.

STEP 3: Engage with the incredible CREATIVES!

STEP 4: Wait for you first prompt on MONDAY.

If you have any questions, write to my team at support@nancyhillis.com.