Creativity & The Landscape Of Creative Evolution 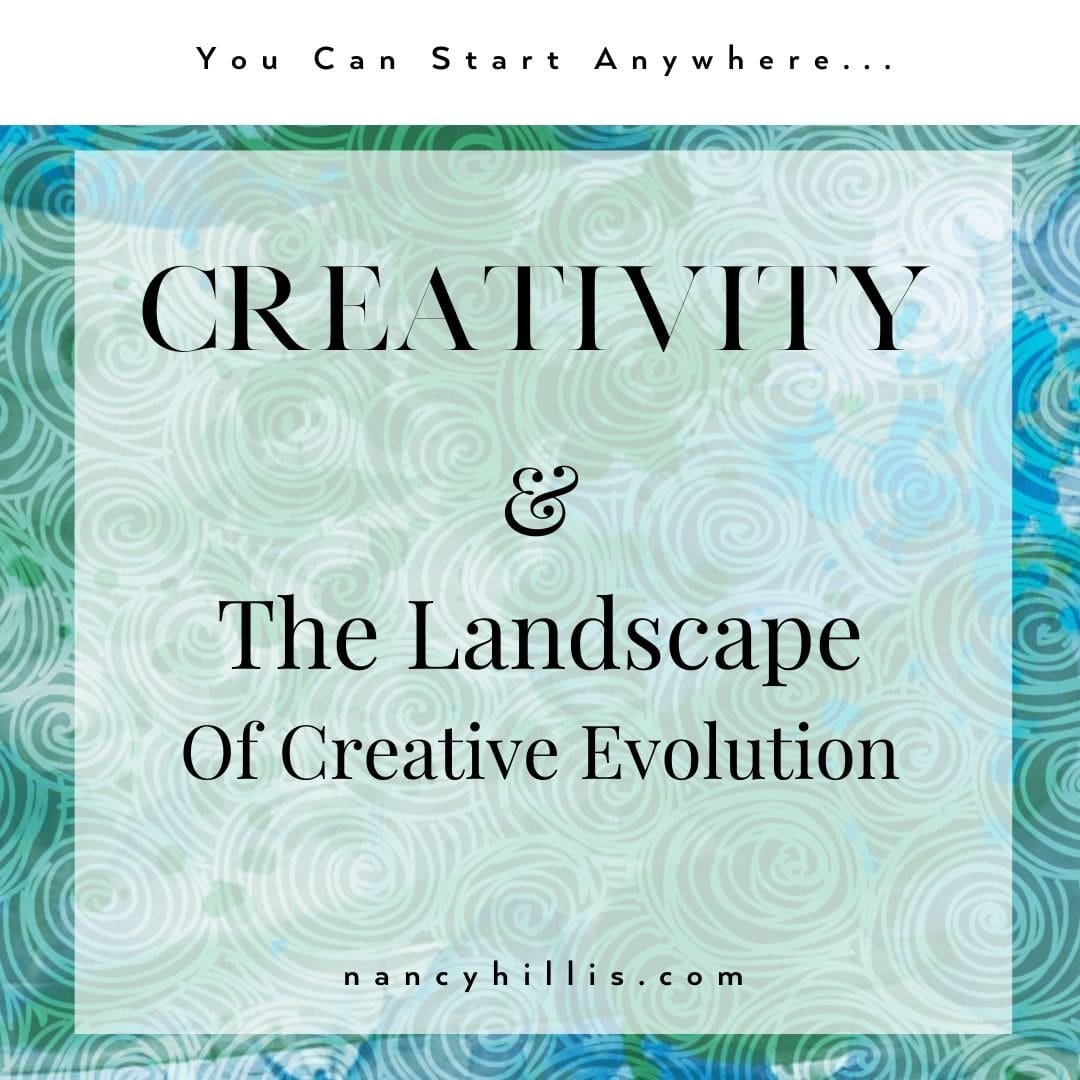 The following blog post is a conversation between myself and my partner, Dr. Bruce Sawhill, Stanford educated theoretical physicist and mathematician. There’s a new video on Creativity & The Adjacent Possible here.

Creativity & The Landscape Of Creative Evolution

Most of us understand the word monotony, especially now that we’re sheltering in place and living house-bound lives. Even minor pleasures of the recent past begin to seem exotic, receding into distant memories.

A glass of pinot noir or a Sazerac with friends at Absinthe on Hayes Street in San Francisco? I remember that!

Stopping by New Leaf grocery across town for one missing item in the recipe? How quaint.

Oregano sort of looks like parsley in any case. Isn’t this how great culinary discoveries get made?

The problem with great culinary discoveries is that we only have what gets written down as recipes or transmitted through the generations and committed to memory, not the cooking fails that were fed to the pigs or thrown in the river.

The process of creative discovery has some wrinkles, as we will see. Failures are not only inconvenient, but essential.

I’d like to introduce the concept of monotonicity to start the hair growing on this shaggy dog story.

Monotonicity is not just a fancy way of saying monotony. It’s a mathematical idea (Quelle surprise!) that describes functions.

I know that sounds like saying that fooble explains gnork, but bear with me.

A function is a relationship between two or more quantifiable things.

One function we’re all familiar with is temperature.

It varies with the time of day, among other things. So we say temperature is a function of time, meaning that I can give the time_temperature function a time and it will give me a temperature in return.

It’s like a little machine with a hopper that I fill with goodies and transformed goodies come out the pipe at the bottom.

Some functions depend on more than one input, for example, land altitude. I give this function a latitude and longitude, and it tells me how high the land is at that point.

We’ll return to this idea of landscapes in a bit.

Functions have all sorts of shapes… 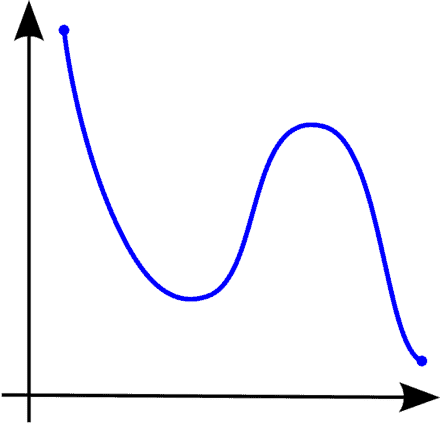 Some go up and down regularly, like the air pressure created by sounding musical tones on an instrument. Some just go down, like the loudness of a bell after it is struck and the sound dies away.

Some shapes go up and up, like the exponential increase of COVID-19 cases that we are all too familiar with by now.

And some functions have combinations of all three previous examples. 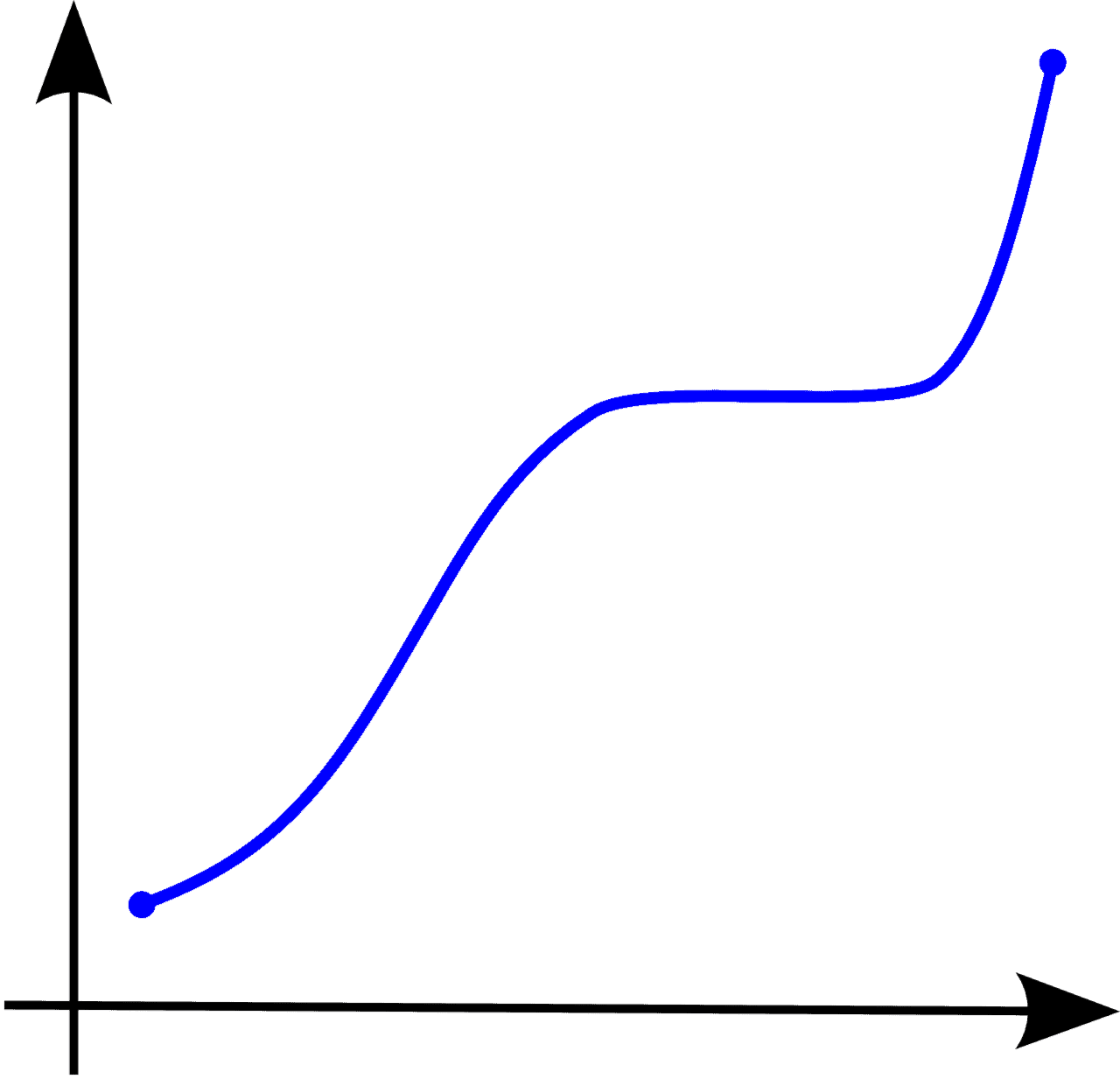 Or down and down… 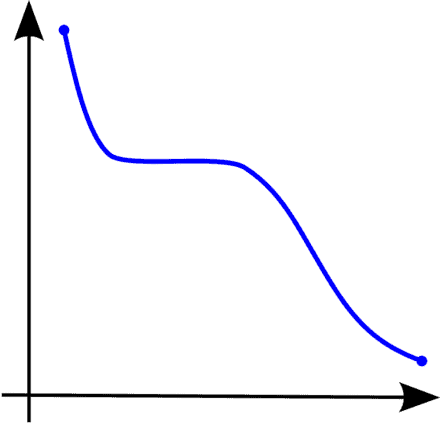 Or neither up nor down (this is called a constant). No changing directions allowed!

At its simplest, a function is a lookup table. 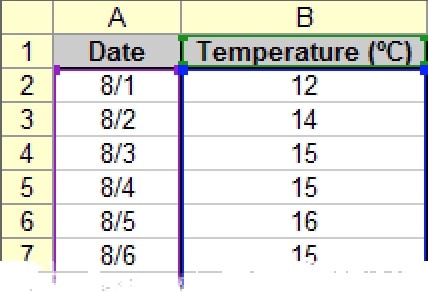 To find what the temperature was at a certain time, I find the row that says “7:30 am last Tuesday” for instance and look up the temperature. But this has a limited usefulness since the information is about the past.

What I’m keen to know is the what if temperature for some future activity- Will I need a coat or a hat?

Temperature is not monotonic-it goes up and down as time goes on.

This brings up the entire edifice of modern mathematics. How do we reason from things that occurred in the past to things that will occur in the future?

Answering this involves everything from statistics to calculus to probability to artificial intelligence.

Mathematics is a kind of time travel.

The word function is also used to signify the result that comes out the far side of mathematical analysis, and this is the most common usage of the word.

We can say something like, “A cello’s tone can be decomposed into a group of sine waves.” 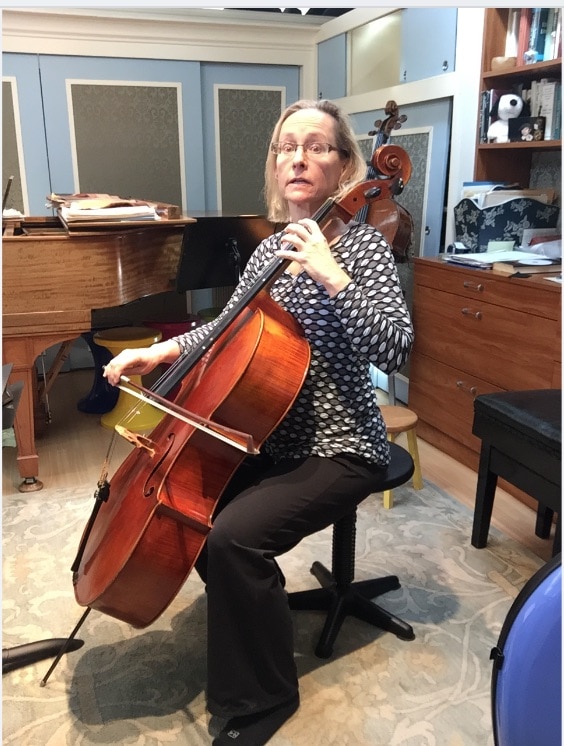 But a sine wave is a human-created mathematical abstraction that, with solid physical reasoning behind it, we believe accurately describes *and predicts* what a cello’s tone that hasn’t been played yet will sound like.

It is a mathematician’s way of organizing knowledge about a particular relationship, often very concisely. Very sharp tools for a very particular job.

Functions can also depend on the output of other functions, a whole assembly line of causality. They can even make loops of connections and influence themselves!

This brings to mind the Ouroboros. The Ouroboros originated from Ancient Egyptian iconography often interpreted as a symbol for eternal cyclic renewal or a cycle of life, death and rebirth. 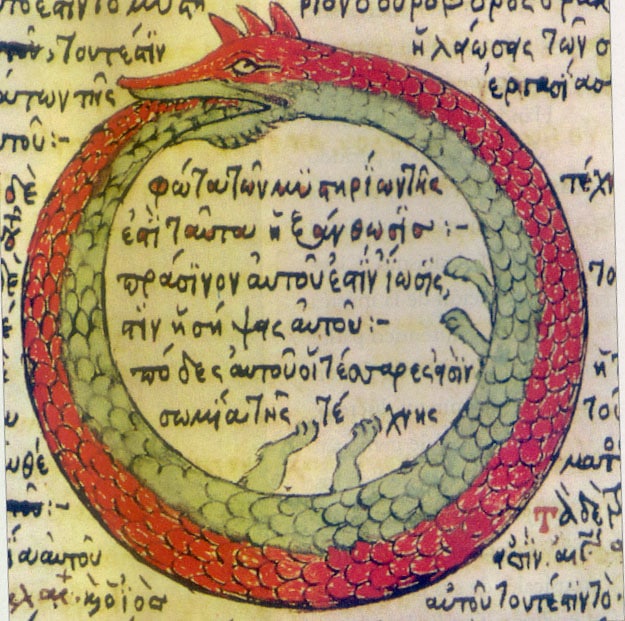 Renowned Swiss psychologist Carl Jung saw the Ouroboros as an archetype and the basic mandala of alchemy.

The Ouroboros has been thought to mean infinity or wholeness. It’s a symbol of integration and assimilation of the opposite, such as the shadow or the unconscious as described in Jungian psychology.

In this symbol we see the snake eating its tail. It’s a loop.

We’ve been talking about functions and relationships in the abstract world of mathematics and psychology. Now, let’s explore an example from the physical world.

August Kekulé (1829-1896) was a German organic chemist and principal founder of the theory of chemical structure. He transformed organic chemistry with his revelatory discovery of the benzene ring that appeared to him in a dream state.

The image that he saw in his dream was a snake seizing hold of its tail. From this image, he intuited that carbon atoms in benzene formed a closed structure.

Kekulé wrote of his experience:

I was sitting, writing at my text-book; but the work did not progress; my thoughts were elsewhere. I turned my chair to the fire and dozed.

Again the atoms were gamboling before my eyes. This time the smaller groups kept modestly in the background.

My mental eye, rendered more acute by the repeated visions of the kind, could now distinguish larger structures of manifold conformation: long rows, sometimes more closely fitted together; all twining and twisting in snake-like motion.

But look! What was that?

One of the snakes had seized hold of its own tail, and the form whirled mockingly before my eyes.

As if by a flash of lightning I awoke; and this time also I spent the rest of the night in working out the consequences of the hypothesis.

In essence, this is related to the concept of the adjacent possible. You influence something and it influences you.

This vision of a chain of dependencies comes up in systems that evolve. They don’t evolve all at once, there is a series of small mutual accommodations of all of the members of a system.

Complex systems like this can churn forever like the ones discussed in our previous blog post about the El Farol Problem. In that example, an input of low attendance plus a compelling musical act together upon the population at a particular cantina generating an increase in attendance.

The function of El Farol attendance feeds back into itself and keeps going up and down forever. It is not monotonic.

Evolutionary biologists often talk about a fitness landscape. Fitness in a biological context means reproductive success, the ability to keep on keeping on.

Like mathematical functions, a fitness landscape is an intellectual abstraction that encodes aspects of evolution.

Imagine a landscape of many different peaks of differing heights. 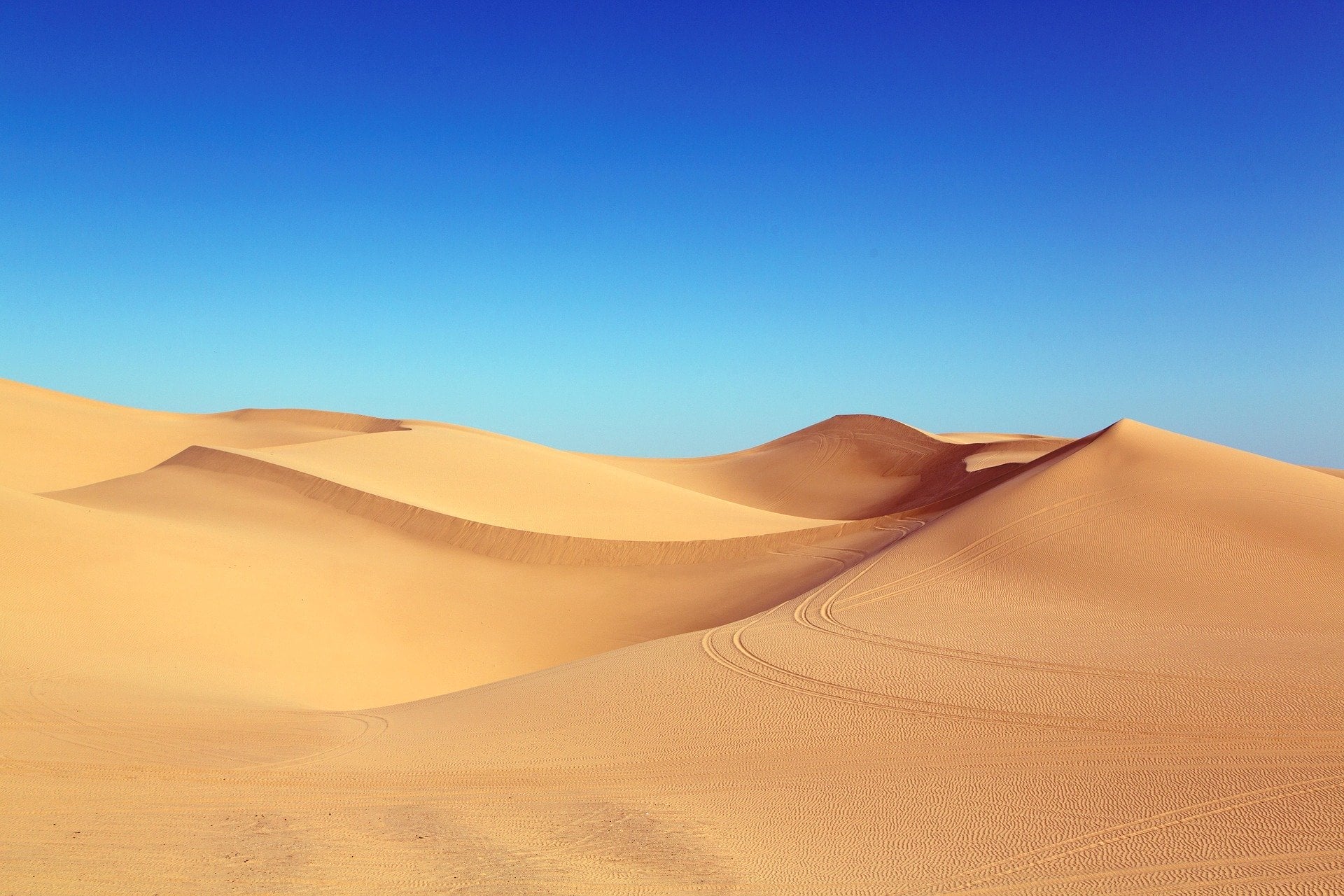 A Landscape of Varying Heights

Biologists talk of species climbing the evolutionary landscape by Darwinian selection. Survival of the fittest can be seen as a kind of mountain-climbing expedition, ever upward towards higher fitness, better reproduction, more members of a particular species.

But what happens when you reach the top of the evolutionary landscape?

Do you just stay there and gloat? Alas, no.

The evolutionary fitness landscape is more like a trampoline than mountains made of stone. It is always deforming. And the longer you stay in one place, the less likely that place is going to remain a good place to be.

It sinks under your weight. And why is it deforming?

The actions of all of the other members of the system doing their own climbing! It’s like your big brother jumping on the trampoline and sending you flying when you were sitting quietly reading your book.

Imagine if there were only one peak and one criterion for fitness and everyone was striving after the exact same thing in the exact same way. In other words, a monotonic function.

In time, the world would just consist of all of one type of creature which would die out as it beat out all the others but then exhausted its environment. The end result would be stasis and death, which means that monotonicity generates monotony.

In several previous posts, we have drawn parallels between the worlds of evolution and the process of creativity. Evolution is a creative process because of its instability and resultant endless churn- it can never freeze up unless everything stops moving, which is lifelessness.

It is not monotonic or monotonous.

What can the undulating landscapes of evolution tell us about creativity?

And to keep surviving and thriving, one has to go down, across the Valley of Death, to greener and more fertile pastures.

This is the Dark Night of the Soul in the creative process, when rations are meager and the days are long and hot in the low desert, far from the cool peaks.

It is not a curse visited solely upon you, but part of a greater and essential cycle of creativity. It is life itself.

All of this change takes time, time for the landscape to undulate.

Not only can you descend to a worse place through no direct action of your own, you can sometimes ascend to a better place without doing anything.

There’s a well known story of an economics professor and a $20 bill that illustrates this.

One day an economics professor was walking across the quad of her university, talking to an undergraduate. The undergrad saw what looked like a $20 bill lying on the ground, but since the professor kept walking and taking, he assumed that the professor hadn’t seen it and didn’t want to impolitely interrupt her.

Later, when they arrived at her office, the student said, “Prof, didn’t you see the $20 bill on the ground?”

The professor replied, “I did!  But if it had been real, someone would have already picked it up.”

Just like the El Farol Problem, there can be good fortune before a system adjusts to take all the slack out.

Opportunities are always being created and destroyed in the shifting folds and faults of the landscape.

In a future blog post, we will visit the concept of frustration, which has a formal meaning in theoretical physics in addition to the meaning we all know and loathe.

And we will see how this frustration in both of its meanings has significance for evolving and creative systems. Like friction, it is an essential ally disguised as a hectoring* irritant. 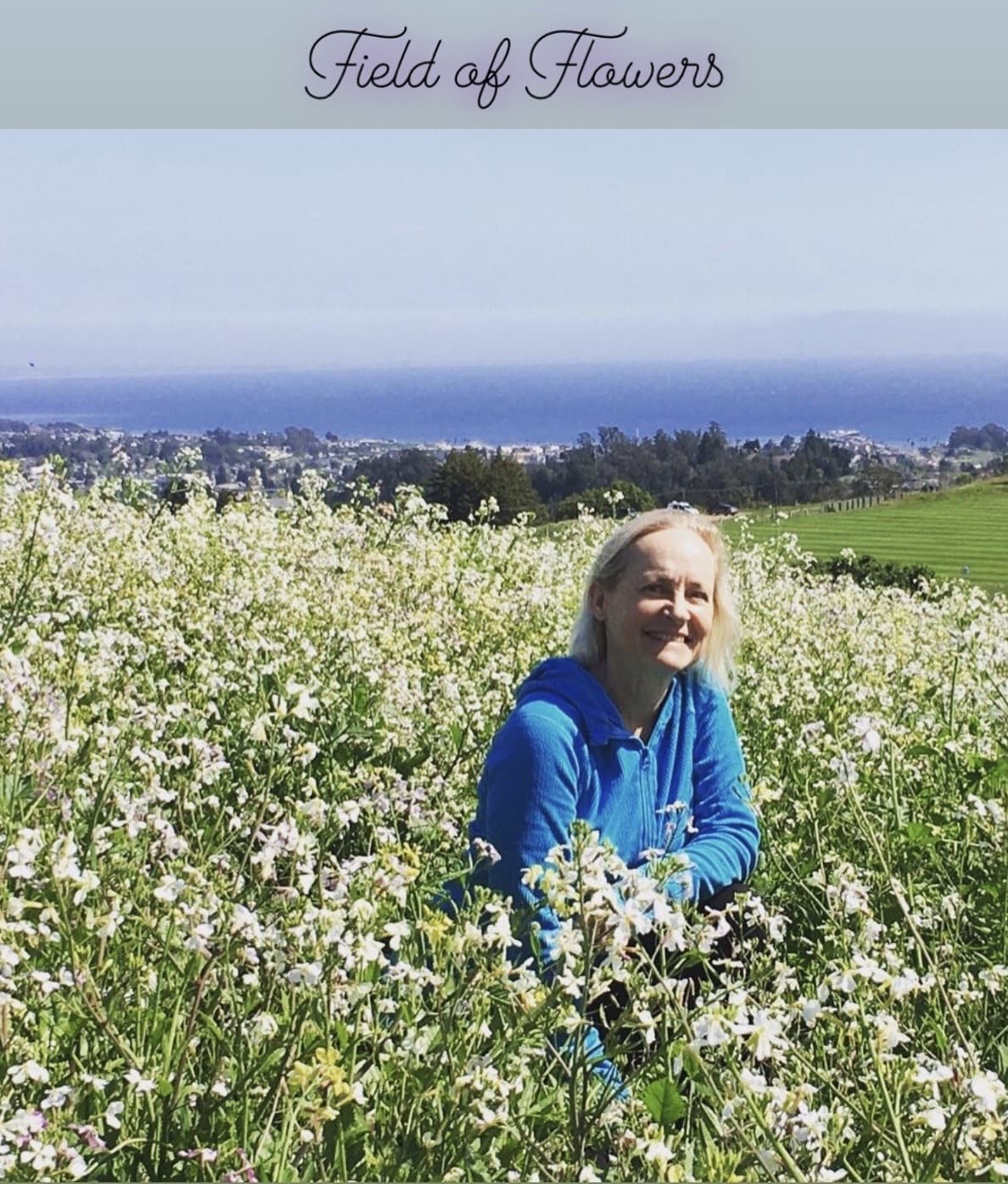 The author in a field of flowers overlooking the Pacific Ocean in Santa Cruz, California 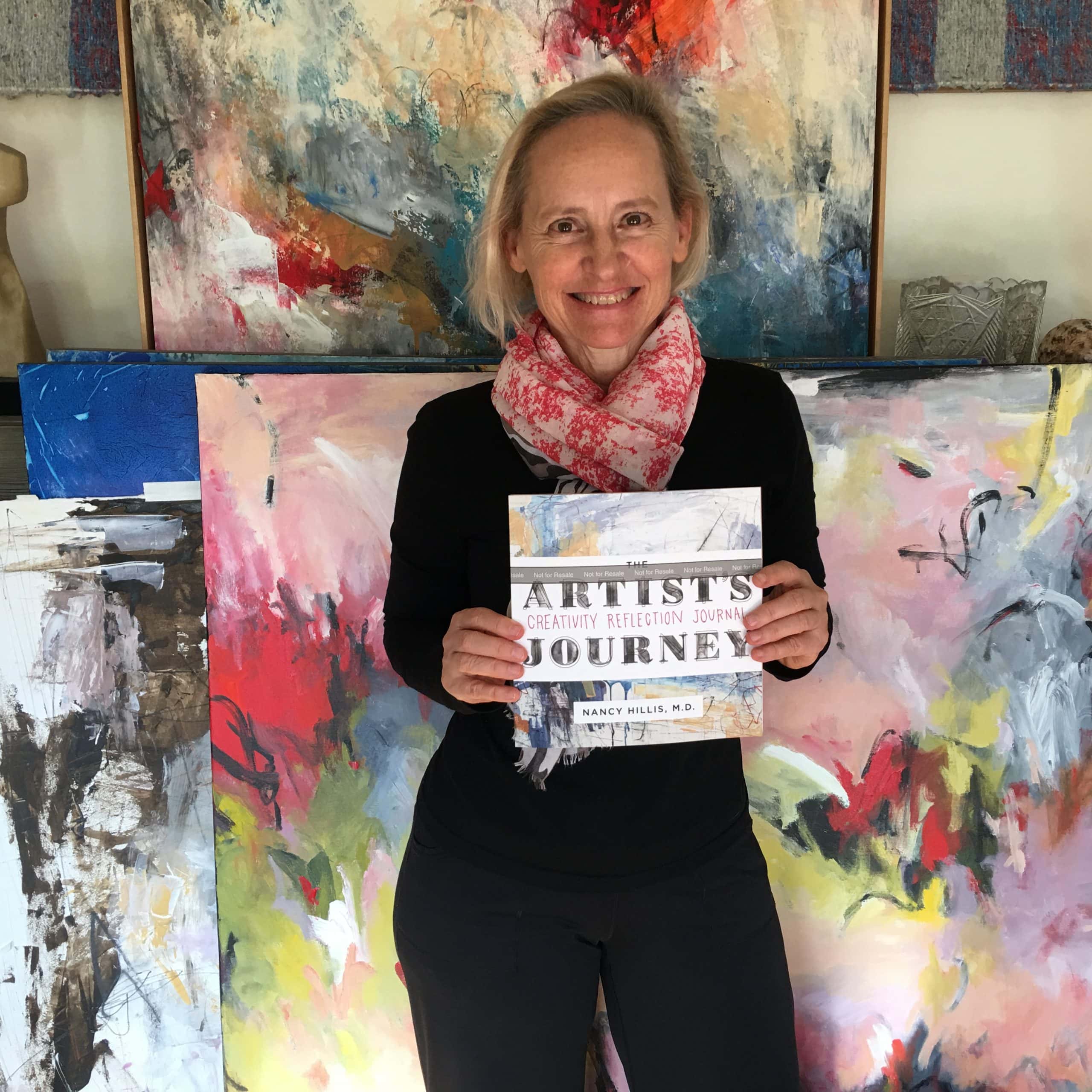 Get my newest book: The Artist’s Journey Creativity Reflection Journal and receive the complimentary Creativity Immersion Program where we explore: 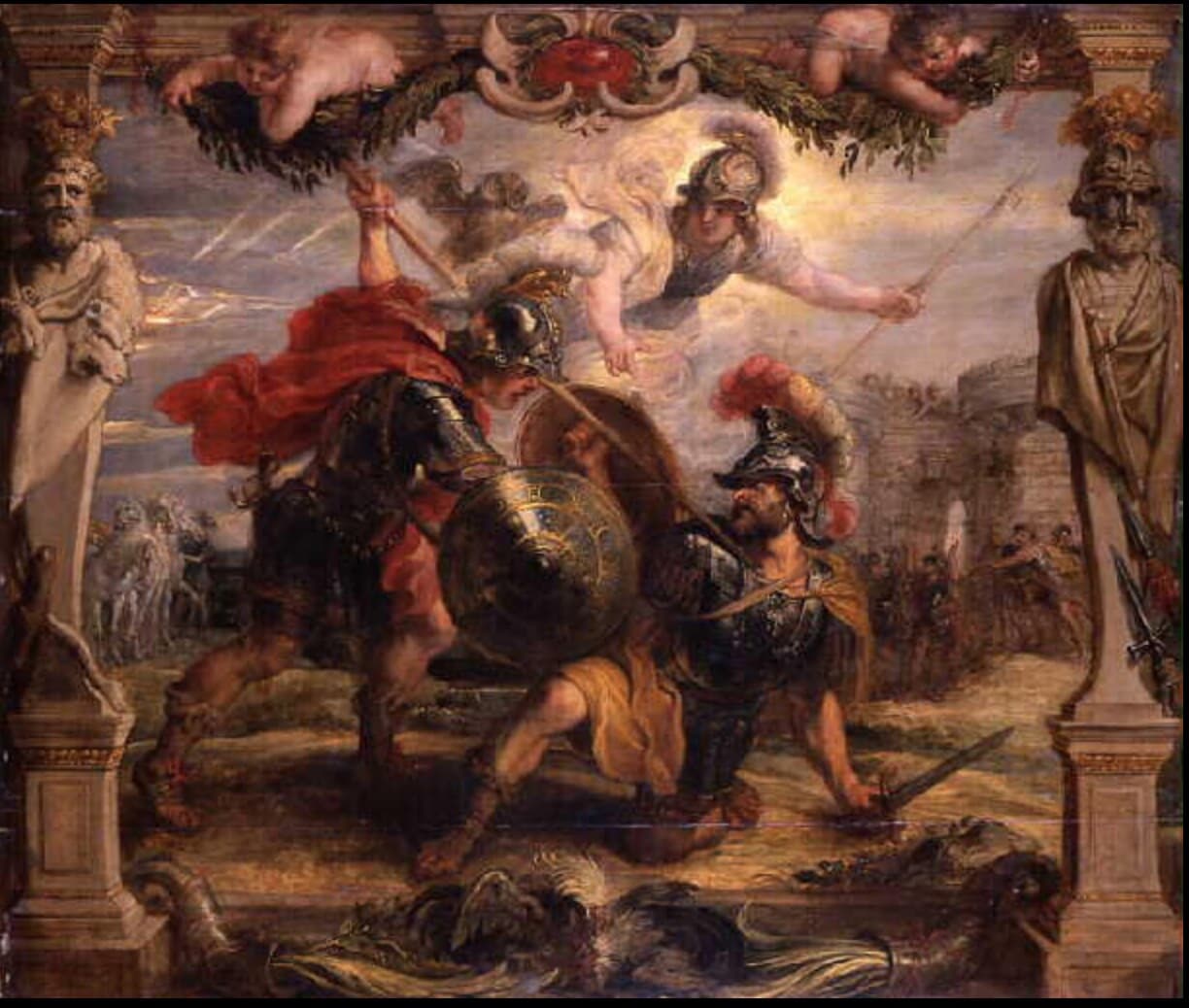 *Postscript: I’m fascinated by the word hectoring. It originates from Homer’s Iliad and describes battles preceding the sacking of Troy.

In particular, the Greek warrior Achilles indefatigably pursued the Trojan prince and warrior Hector three times around the Trojan fortress until Hector was finally slain.

The word hectoring describes prideful domineering arrogance such as that displayed by Achilles after his victory over Hector (achieved with a great deal of assistance from the goddess Athena).