Creativity & The Problem Of Perfection 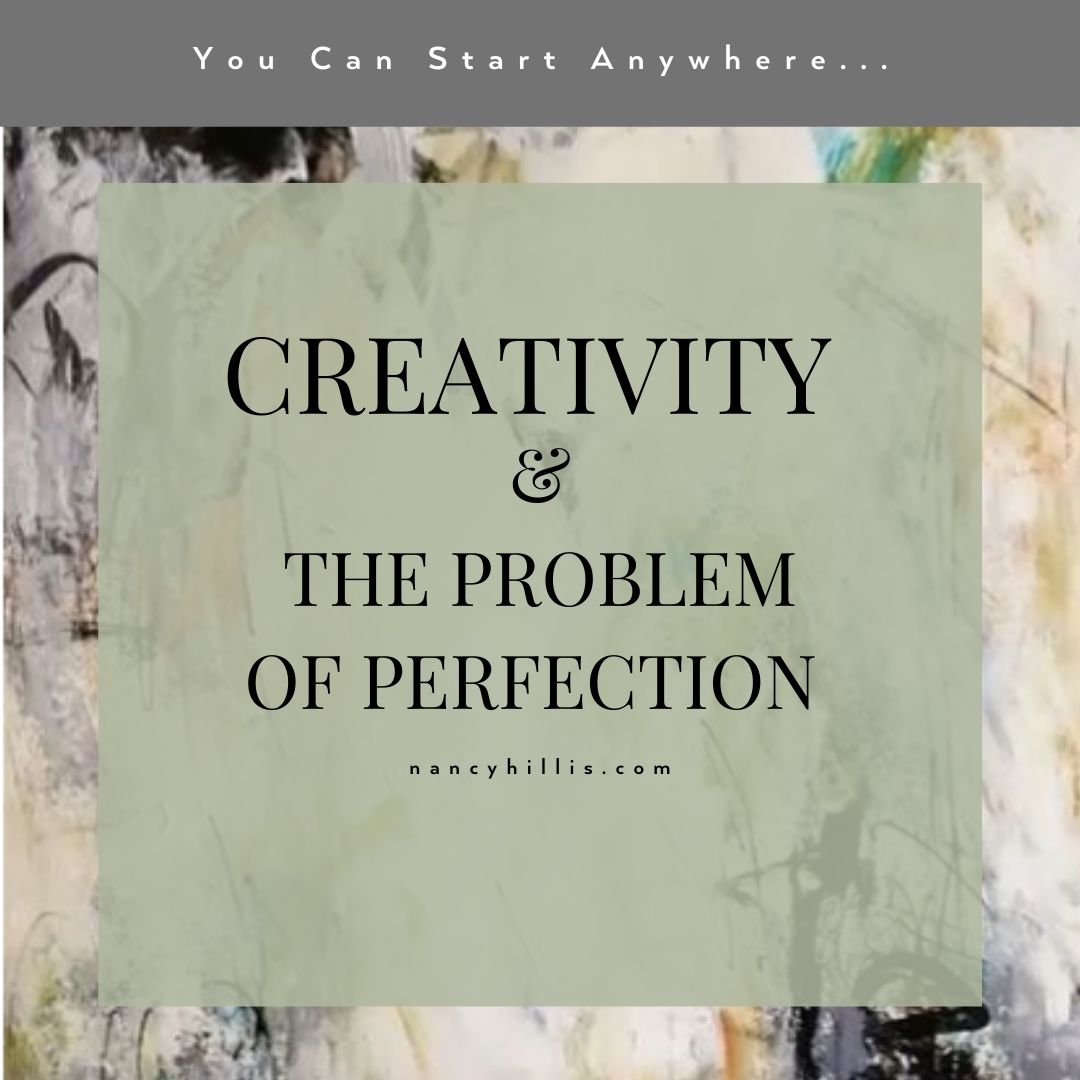 Creativity and the Problem with Perfection

On February 8, 2020 while COVID-19 was evidently already stealthily spreading through our communities, we wrote about Goldilocks and optimization and what it means to be just right. 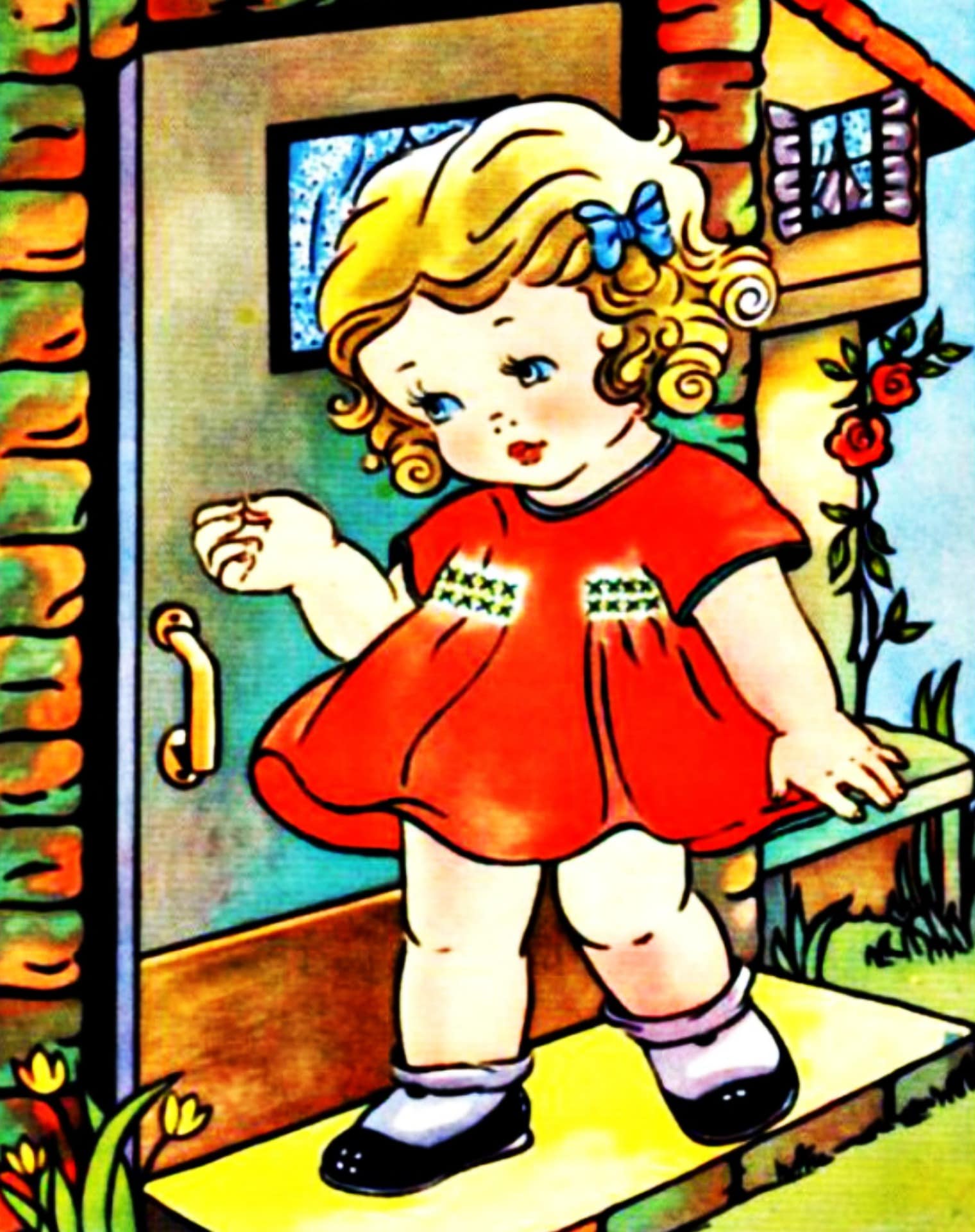 The world was definitely not just right, only we didn’t know it yet.

There was a huge and powerful unknown unknown lurking in our midst that was shortly going to upend our lives.

Optimization is about finding what works best in terms of reaching some goal.

Goldilocks was clearly acting in her own self-interest and had a goal of assuaging hunger and fatigue as she wreaked havoc in the cabin of the three bears, busting chairs and gobbling down porridge and generally acting reprehensibly but in an oh-so-cute way, ensuring her longevity in fairy tales.

But goals can take many forms. The goal of optimization can be improving the life of an individual, a group, a society, or something as mundane as minimizing the amount of resources a process uses.

There are two subtleties here. One is about the goal, the other about the entity or group that has the goal.

Who or what defines the goal?

Some goals are easily definable, like getting the best mileage possible out of an automobile.

Some goals are harder, such as making a better life or painting a beautiful painting.

Some goals border on the incomprehensible, like the goal of evolution and the existence of life.

We are definitely not the first people to be thinking about this.

Mathematicians and computer scientists have created powerful and complex tools for the optimization of problems that can be cast in a certain mathematical form. It is called being mathematizable.

In the post on creativity and creative evolution, we talked about abstracted landscapes of peaks and valleys describing the drive towards optimality of species in an ecosystem.

This metaphor of a landscape can sometimes be rigorously cast into the specialized mathematical language of functions and analysis. In that case, there are formal and ironclad methods for finding the “best” solution.

The more precisely a problem can be defined, the sharper the tools to attack it with.

It’s almost like we can know more and more about less and less.

But “best” means that we have to be able to describe what we want!

We are able to describe and isolate what we don’t know, to put a tidy fence around it, to register it in the Land Office of our comprehension like settlers staking a claim in a new landscape.

The spread of COVID-19 is a perfect example of the unknown unknown affecting our optimization of daily lives.

Before the virus, most people took actions, large and small, to optimize their lives and those of others-going to work, studying for exams, athletic efforts, reading, dating, traveling, entertainment, etc.

Now, very few people are doing what they did before. The goal changed and the previous ‘best’ is no longer the best!

The Group & The Unit Of Selection Problem

In evolutionary biology, defining what an action benefits is called the Unit of Selection problem.

When something is optimized, who or what does that optimization benefit?

Even in our overused example of getting the best out of a car, (we’re getting a lot of mileage out of this one) our conserving fuel might not be optimal for gas stations and oil companies.

The idea of what something is for brings in notions of purpose and consciousness as well as knowability, and we will leave that intricate maze for a future blog post to explore with our pet Minotaur. 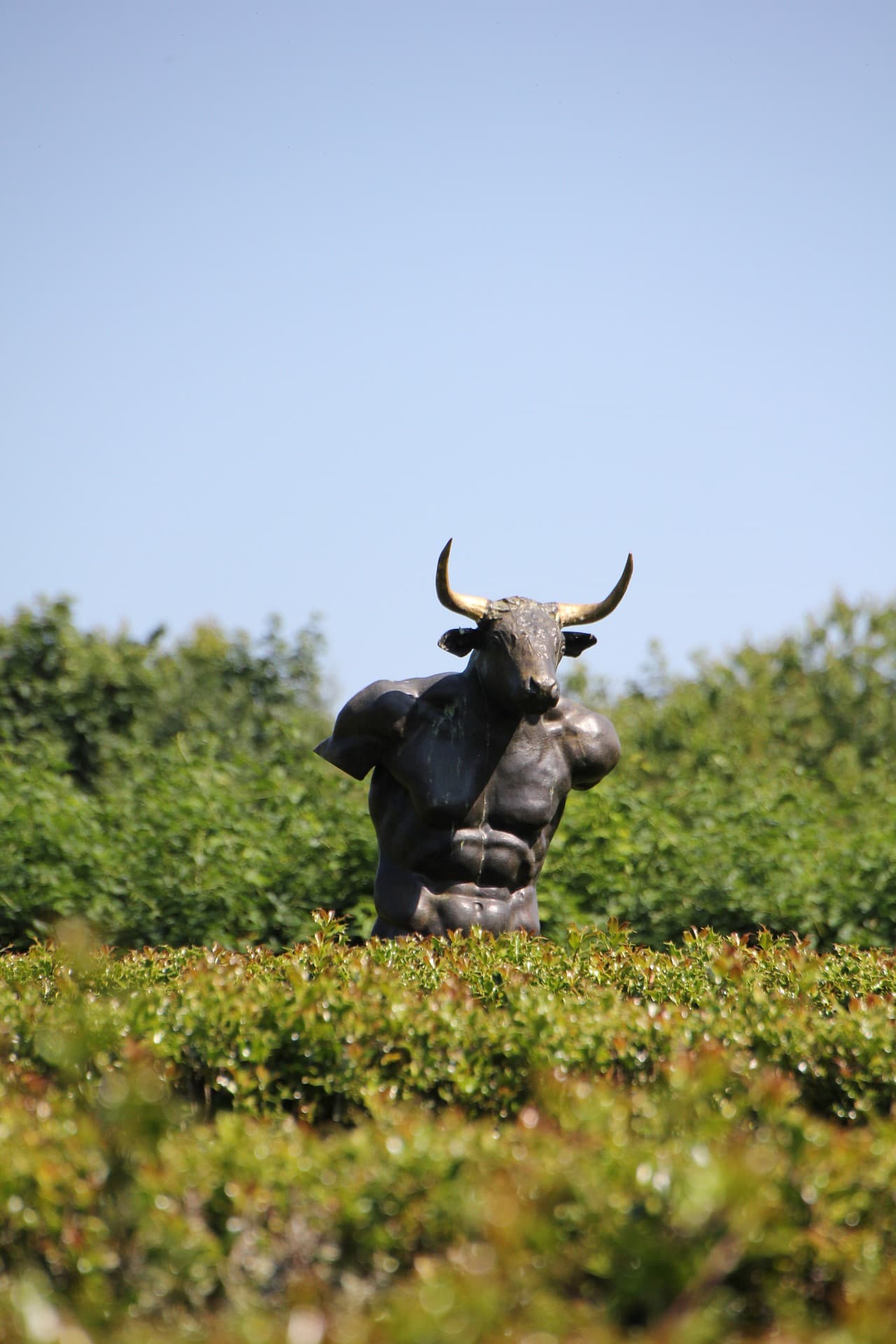 Our pet minotaur is recovering from a trip to the veterinarian and is rather surly. One has to travel to infinity and beyond to find a veterinarian who works on mythological animals.

Do you have to throw up your hands because of the unknown unknown? (presumably after washing them first)

Some very smart people have tried to come to terms with this, sometimes invoking divine help.

A Theory Of Everything

The polymath (literally, since he simultaneously invented the calculus along with Newton, an act of serendipitous simultaneity) Gottfried Wilhelm Leibniz (1646-1716) came up with an optimization procedure to find “the best of all possible worlds.” 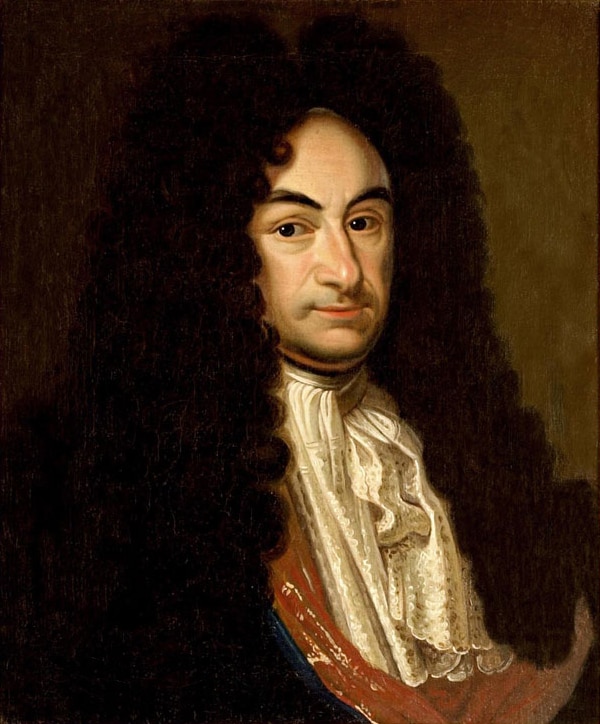 This is a very general solution to a very hard problem, but it required the invocation of God. Some would say Leibniz cheated.

Here’s how Leibniz stated his optimization problem and its solution:

I suspect that Leibniz was influenced by the power of his newly developed calculus to find optimal solutions to mathematically transparent problems, and like any proud father, thought his progeny as the absolute best ever, capable of anything.

To be fair to Leibniz, calculus *is* pretty cool.

The five tenets of the best possible world described above sound a bit naive to our jaded ears, abused by the industrious and avaricious din of the intervening centuries tarnishing the high ideals of the Enlightenment, but they keep showing up in new guises.

The Many Worlds Hypothesis

In modern physics, there is a hypothesis called the many worlds hypothesis.

The hypothesis states that at the very beginning of the Universe, the Big Bang produced an enormous number of Universes in addition to the one we’re in, each of which has different physical laws. 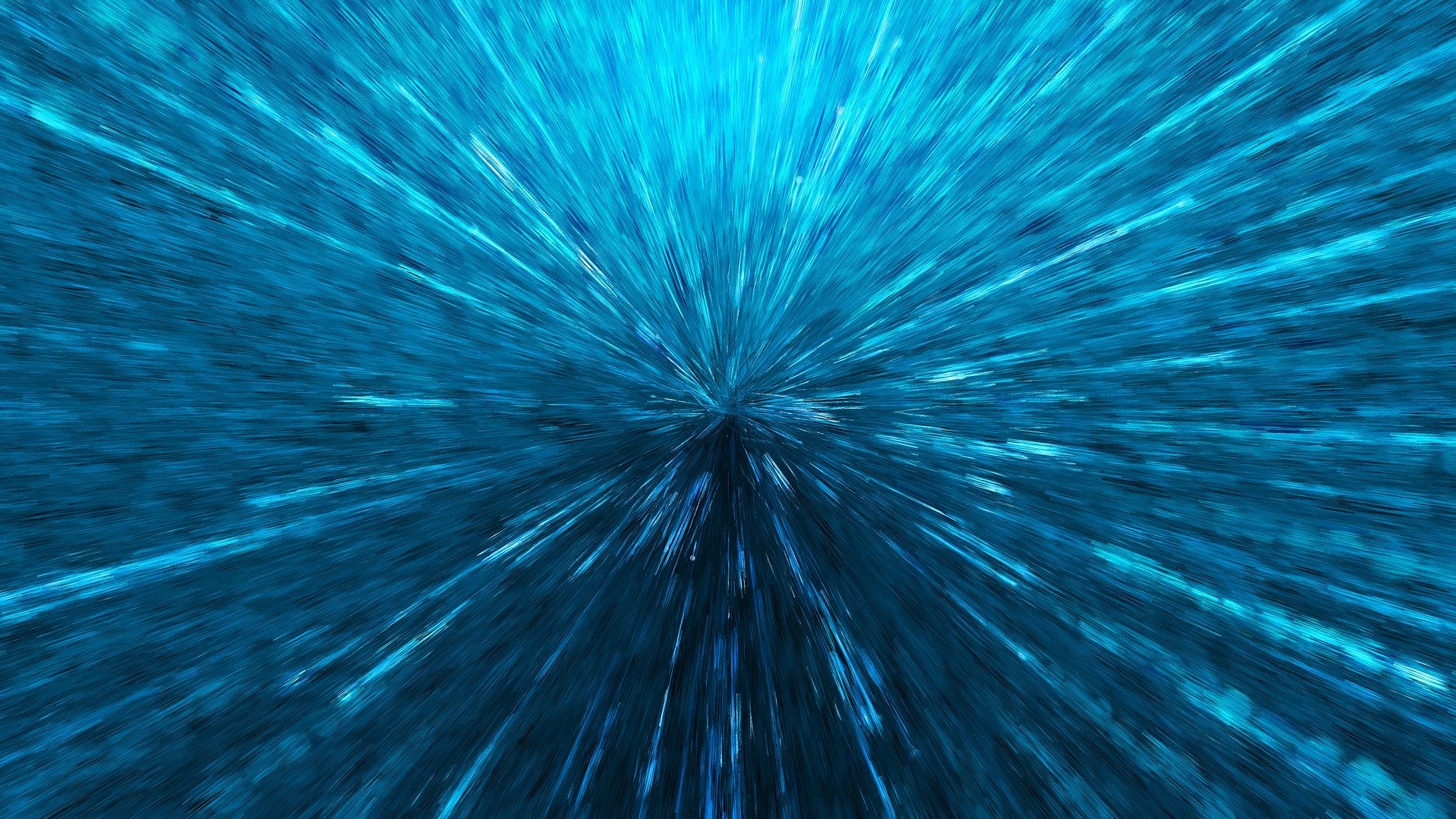 The Big Bang- Creativity & The Problem Of Perfection

On top of that, these Universes are unable to communicate with each other, as it would require faster-than-light effects which we believe are impossible.

Where the many worlds hypothesis starts to be reminiscent of Leibniz is upon answering the question,

Why and how are we here?

It seems as if the physical constants describing the Universe have to be set “just right” (Hello, Goldilocks!) for life in general and humans in particular to have emerged, an act of precision akin to cracking a giant safe with many dials and getting them all right on the first try.

The answer is called the anthropic principle.

Of all of the Universes created, the one that created us has to have all of the physical constants set just so, otherwise we would have never developed so as to be able to ask the question. A kind of self-fulfilling prophecy.

God is replaced by quantum theory in this case, but in both cases we are unable to verify anything about all of the other worlds that might have been and to prove that we’re in the best one.

Quantum theory isn’t any more satisfying than Leibniz, though the math is way more spiffy than mere calculus.

It reminds me of an old ‘Peanuts’ cartoon.

Lucy, the self-proclaimed psychiatrist who moons incessantly and unrequitedly after Schroeder, the ardent classical pianist, puts forth a theory in a dialogue somewhat like the following:

Lucy: “Schroeder, I have the perfect theory.”

Lucy: “Beethoven would have written much better music if he’d been married.”

Schroeder: “Why is that the perfect theory?”

Lucy: “Because it can’t be proven one way or the other.” 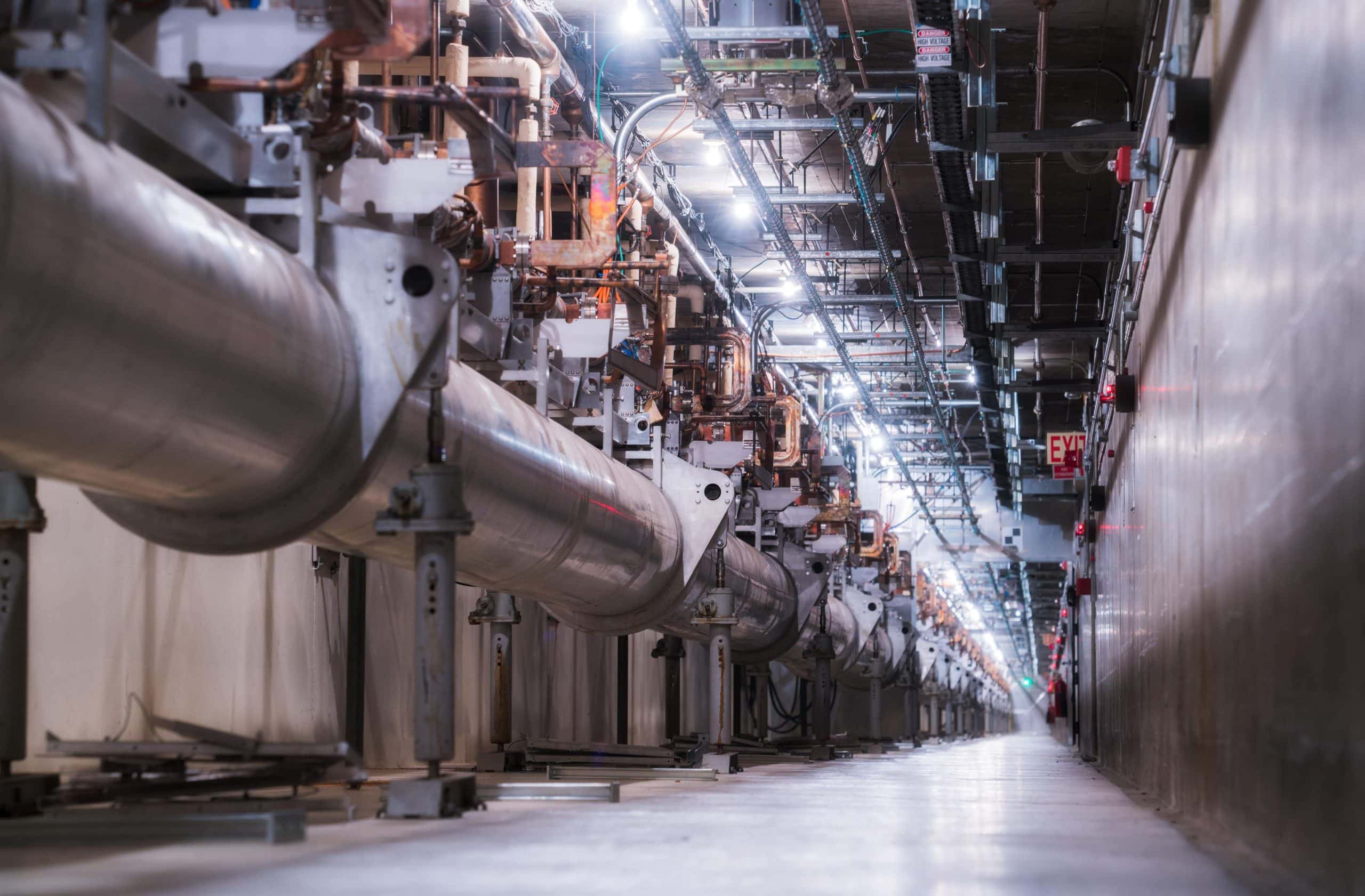 This cartoon was posted on the office door of the Director of Theoretical Physics at the Stanford Linear Accelerator Center, the late Sid Drell, perhaps as a warning to erstwhile creators of perfect theories.

Perfection of this sort is kind of static and boring. Defenders of such perfect theories start to sound like a Monty Python skit in conversation: ’Tis, ‘Tisn’t, ’Tis,’Tisn’t. 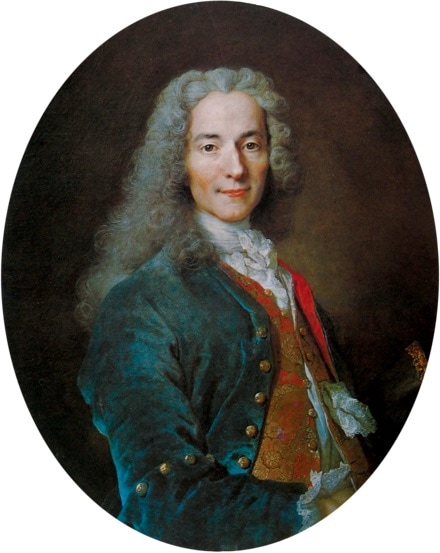 In the century after Leibniz, the French philosopher and writer François-Marie Arouet, better known as Voltaire, saw in Leibniz’ theory a fine opportunity for poking fun and published the satire Candide in 1759.

All manner of dubious behavior takes place and many people die, but since it is all presumably overseen by God and given His stamp of approval, it is all for the best.

It is easy for us to congratulate ourselves on being more sophisticated and nuanced than these poor misguided chaps at the beginning of the Enlightenment while laughing along with Voltaire, but we’re not out of the woods yet.

Now, when we talk of Nature, there is often an assumption that ‘natural’ is an ideal to be striven for, that it is all for the best.

But wait! Humans are part of Nature, and by extension, everything we do is also- including thermonuclear bombs, war, pesticides, and pollution.

Saying that anything is all for the best in any system creates more problems than it solves. Best for whom or what? Hmmm.

Perfection seems to be pretty problematic. Perhaps there is no one single perfection, just like there is no preferred reference frame to view the world from.

If understanding “true” perfection is impossible because it involves God and/or other Universes, the image of perfection that we harbor in our minds is at best a phantasm, a shadow in Plato’s Cave.

Clinging to it is likely to be misleading and a disservice, as we are prone to attachment even to the point of foolishness.

Hanging on to our illusion prevents us from stepping into the Adjacent Possible, the Unknown Unknown, and as such is poison to the process of creation.

This is why courage is required to create. You have to let go of certainty, to search far away from the lamppost, to trade static certainty for the dynamic of the unknown.

What are you waiting for? The timing won’t get more perfect.

P.S. On that note, NOW is the perfect time to create. 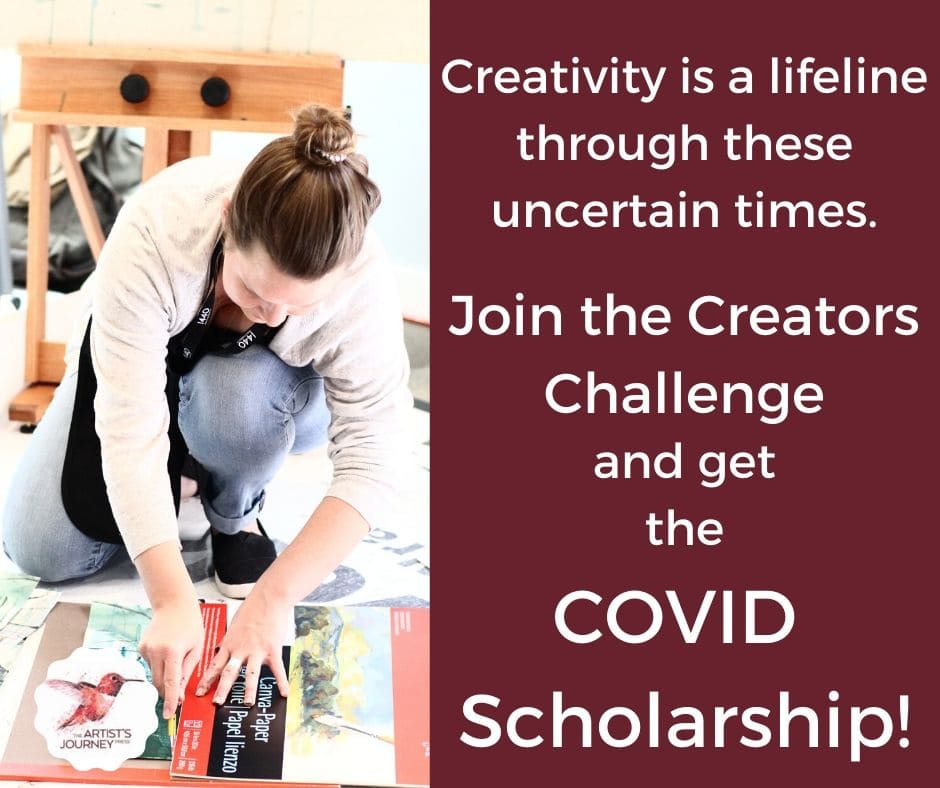 For Anyone who completes this challenge, I’m awarding COVID scholarships valued at $200 off for our foundational courses (The Artist’s Journey® and Studio Journey) and 20% off any other courses which will end on April 30th. Find out more by joining the challenge.