Creativity & The Contours Of Life 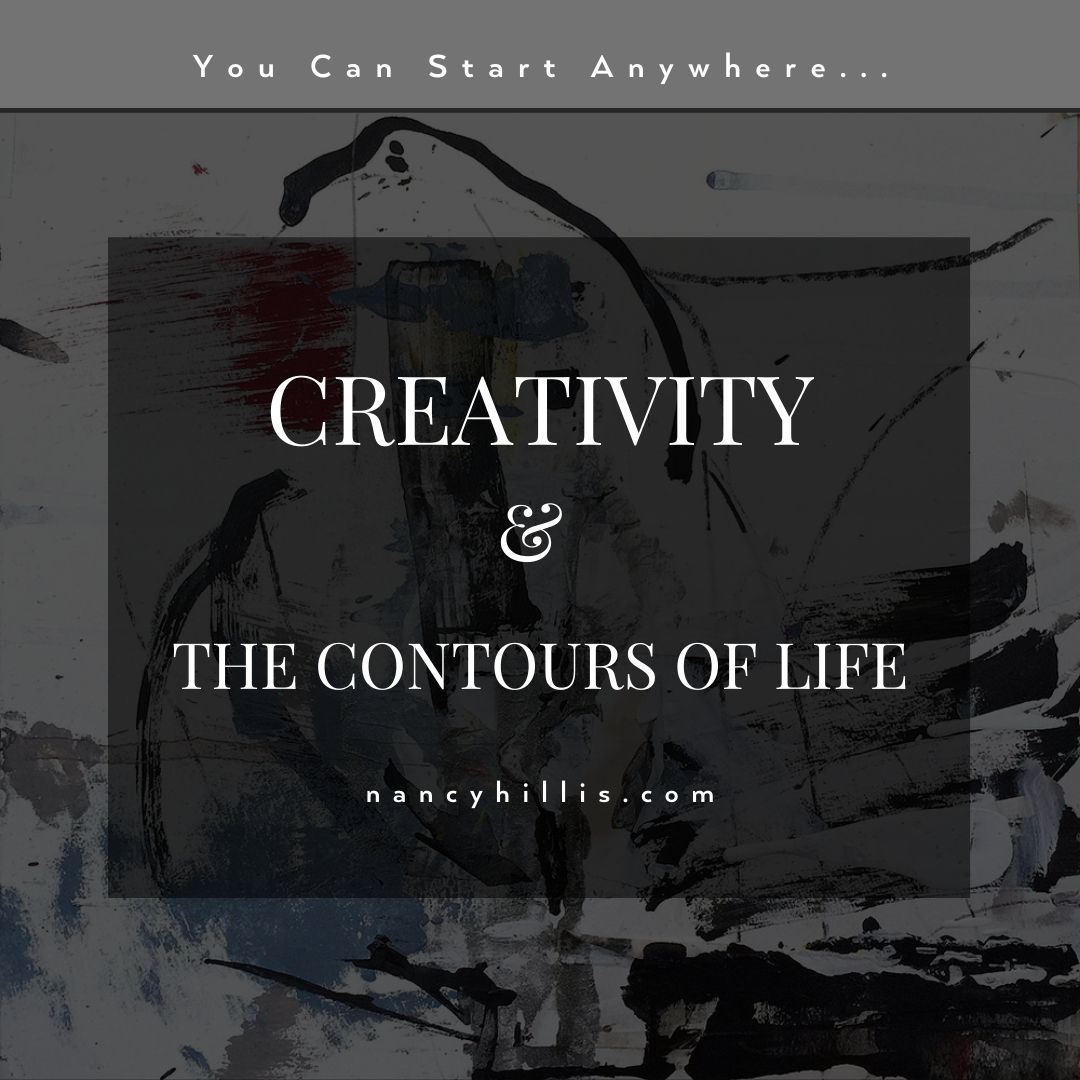 Creativity & The Contours Of Life. This post is informed by conversations with Dr. Bruce Sawhill, Stanford educated theoretical physicist and mathematician.

Creativity & The Contours Of Life

Many of you, especially those that have ever gone hiking in the wilderness, may be familiar with topographical maps. Very useful to those who know how to read them.

Before GPS, a topo map and a compass were good enough for generations of wanderers to be able to safely return and tell their tales. 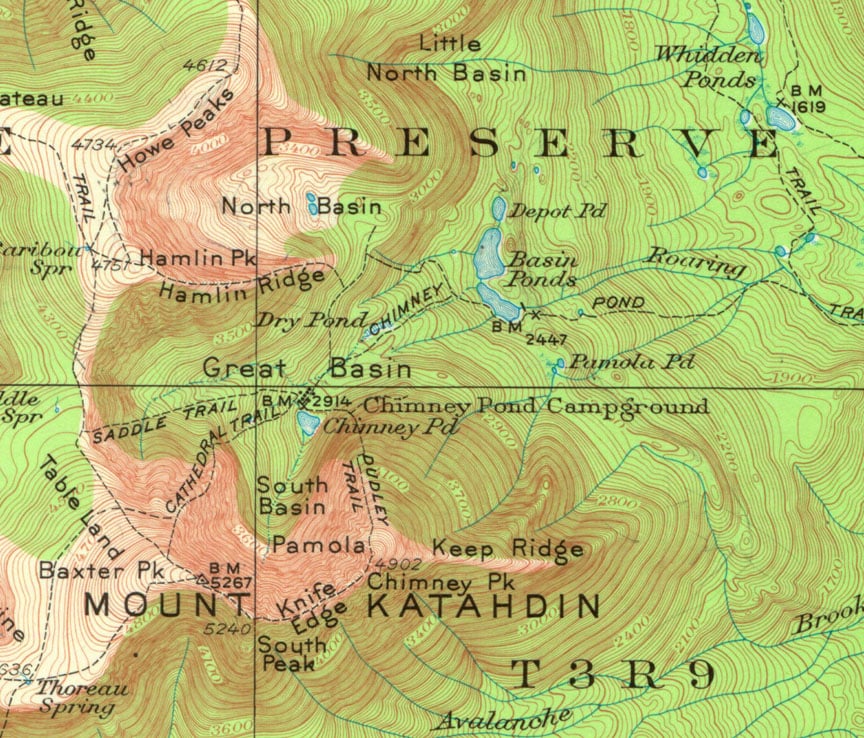 To me they are a special kind of visual art, and like other kinds of art, they render three dimensions in two.

Back at the beginning of the Italian Renaissance, Fillipo Brunelleschi (1377-1446) was the first artist/architect to make use of linear perspective, where receding parallel lines meet at an (infinitely distant) point. 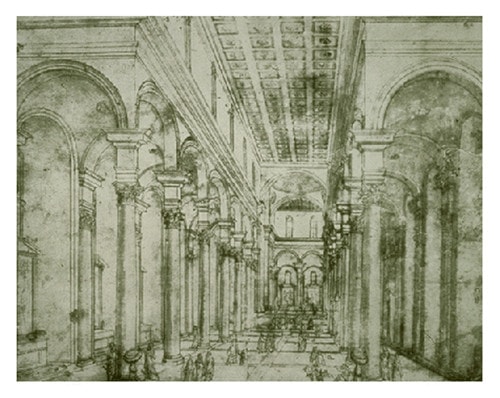 This is the same Brunelleschi who engineered the remarkable Duomo (Cathedral) in Florence, with its dome within a dome. 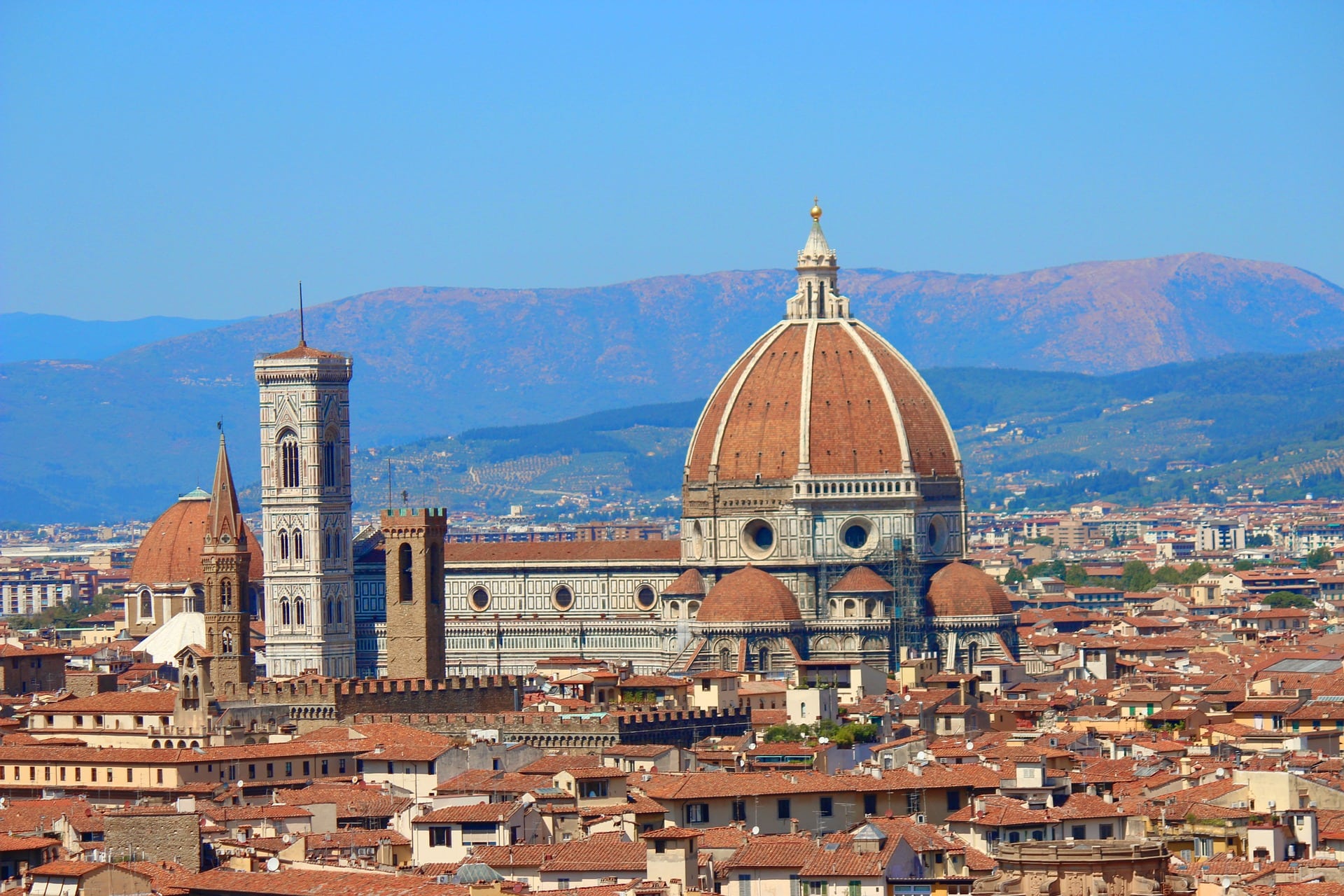 I believe it was not a coincidence when this transformation in painting occurred.

The Renaissance was about revisiting the ideals of Antiquity, long overshadowed by the heavy embroidered cloak of Christianity.

In this new art, the representation of people was literally both fleshed out and put in perspective. Concepts so basic they survive as figures of speech.

The Mathematics Of Change

The formal language of the fixed and unchanging (geometry) in the Ancient world evolved through the tools of perspective (trigonometry) and together laid the groundwork for the mathematics of change that permeated the Enlightenment. (the calculus)

Topo maps are a useful fiction—imagine a very sharp, very straight, and very large knife making slices of a whole landscape just like a butcher at the deli counter slices cold cuts.

If we were to slice up Brunelleschi’s Florence Cathedral with this fictional big knife (what a travesty), we would see a series of concentric circles, with the smallest one representing the top of the dome and bigger ones describing the widening structure as the slices descend.

MRIs and CT scans do this currently to human bodies using radiation and software.

A Four Dimensional Landscape, At Least

In modern times, physicists believe we live in a four-dimensional landscape of space and time interwoven, but we only perceive three, so this useful representational fiction is not so crazy.

On subatomic scales, we may live in higher numbers of dimensions yet, with ten being a leading candidate. 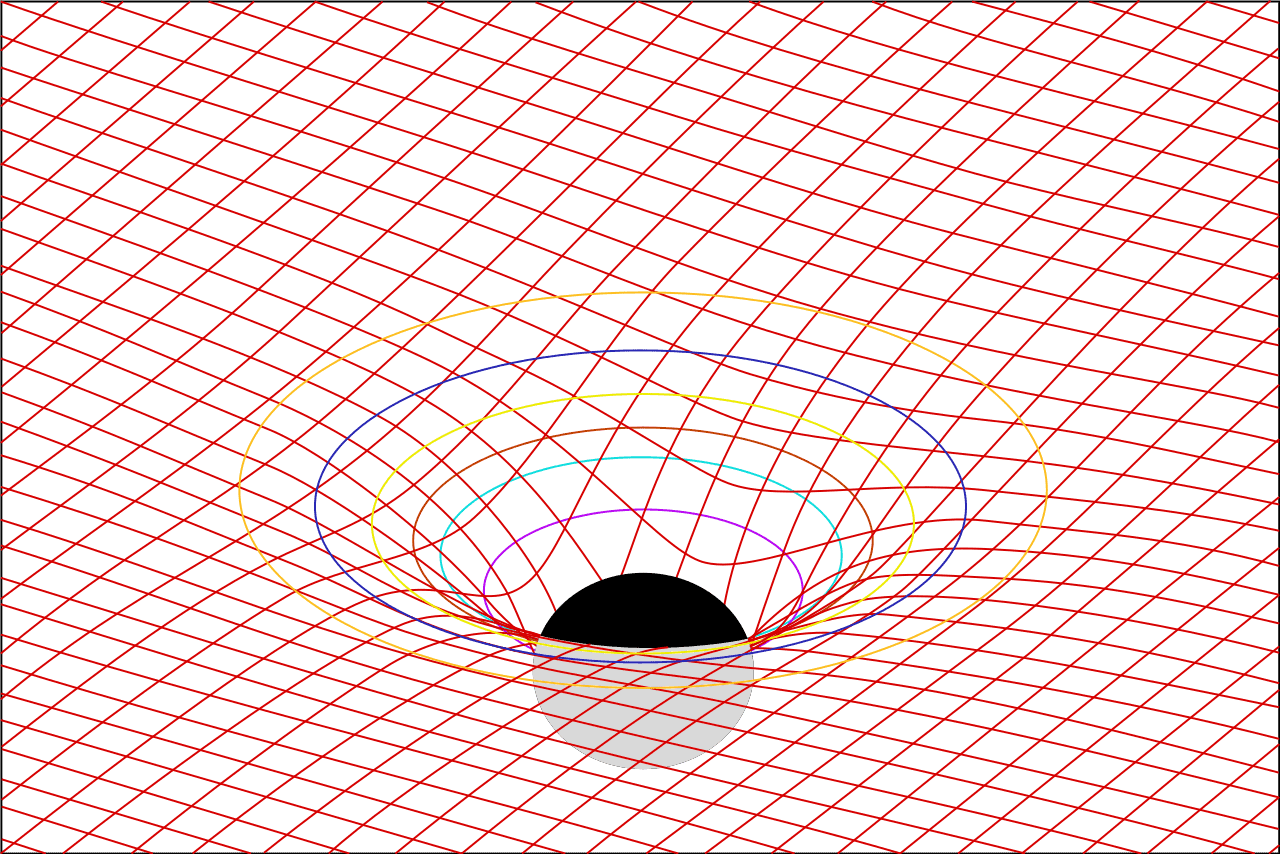 Back to slicing up landscapes – Fortunately we can do this in our imagination without harming any cathedrals.

Slicing up a landscape generally does not produce such regular items as concentric circles, though an experienced topo map reader can identify certain features at a glance—lines really close together mean a steep landscape, nested shapes usually mean a peak with the innermost shape the top, nested Vs indicate a valley, and so forth.

You can convince yourself that topo lines never cross each other.

Some years ago, a friend and I had regular philosophical conversations over coffee a couple of mornings per week. We came up with many concepts, most of which got forgotten but some survived because they remained interesting and amusing.

Since we both loved hiking, we thought of many life decisions in terms of traversing a landscape, a landscape of obstacles and opportunities, passes and impasses.

Extending the metaphor, we realized that most people are fundamentally lazy, or at least energy expenditure adverse. (that sounds much better)

In the language of topo maps, we imagined a life map that had convenience contours instead of topo lines, representing the ups and downs of the consequences of decisions.

Some destinations involve effort (“climbing”) and there’s no avoiding it. But there is the possibility of making it as easy as possible. How would one do that?

The answer was never to cross the same convenience contour twice if you could help it, because that is gratuitously “spending” what one has so arduously earned by scrabbling up the landscape.

All progress should be steady upwards or at least flat, if possible.

Sometimes there are tradeoffs, where crossing a few topo lines twice can save a great deal of distance, but that is a topic for another blog post. 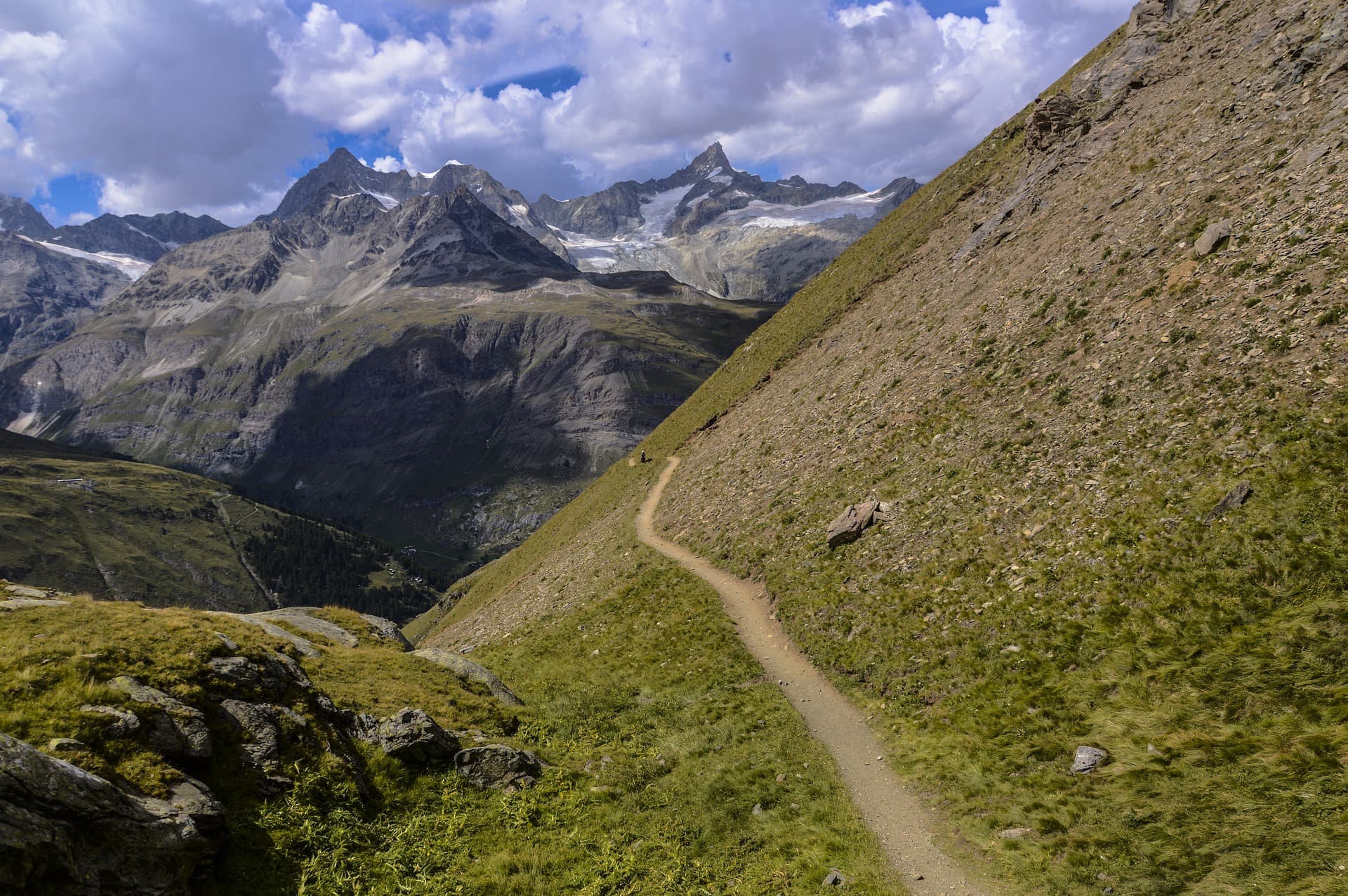 Since we wanted to beat this metaphorical horse until it was good and dead and perhaps even tanned, we came up with a concept of microgripes and microjoys. They are little dings or boosts in “altitude” that affect one’s passage to a goal.

A microgripe is like a sandy slope where you lose a bit of every step. A microjoy is a tailwind that helps you along.

These little effects don’t matter much unless they are encountered large numbers of times, but they can add up.

I had occasion to think of this when I would arrive at our newly painted house. Every occurrence was a slight boost of altitude and attitude, but all together it was considerable, like water wearing away stone.

Similarly a messy workspace was a tiny downer, but very significant  when seen many times per day. I could feel what felt like tiny fishing weights pulling down the corners of my mouth.

I felt that I would have a permanent frown after years of this unless I did something about it. 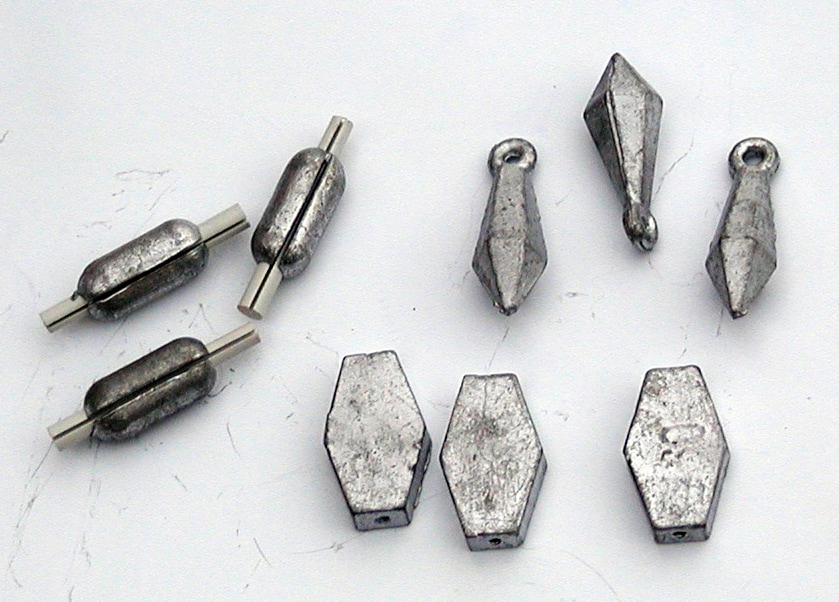 The lesson: Pay attention to microgripes and microjoys, particularly when they happen incessantly. Addressing them can outweigh many seemingly big decisions that are taken singly.

Next time you go into your studio, have your sensors on maximum for those microgripes and microjoys. They may be the key to defeating what’s holding you back and harnessing that which can propel you forward.

Congratulations to my daughter, Kimy Pedersen, on the publication of her third book. It hit #1 New Release in 2 categories: Violin Songbooks and Folk & Traditional Songbooks on Amazon.

Click on the arrow to see see the images. You can order Kimy’s songbook HERE.

This book is for beginner/intermediate violin. If you love Celtic music, you’ll love this book. Traditional Scandinavian Tunes For Two Violins is a collection of 22 folksongs both lively and heartfelt, sure to please both musician and audience.