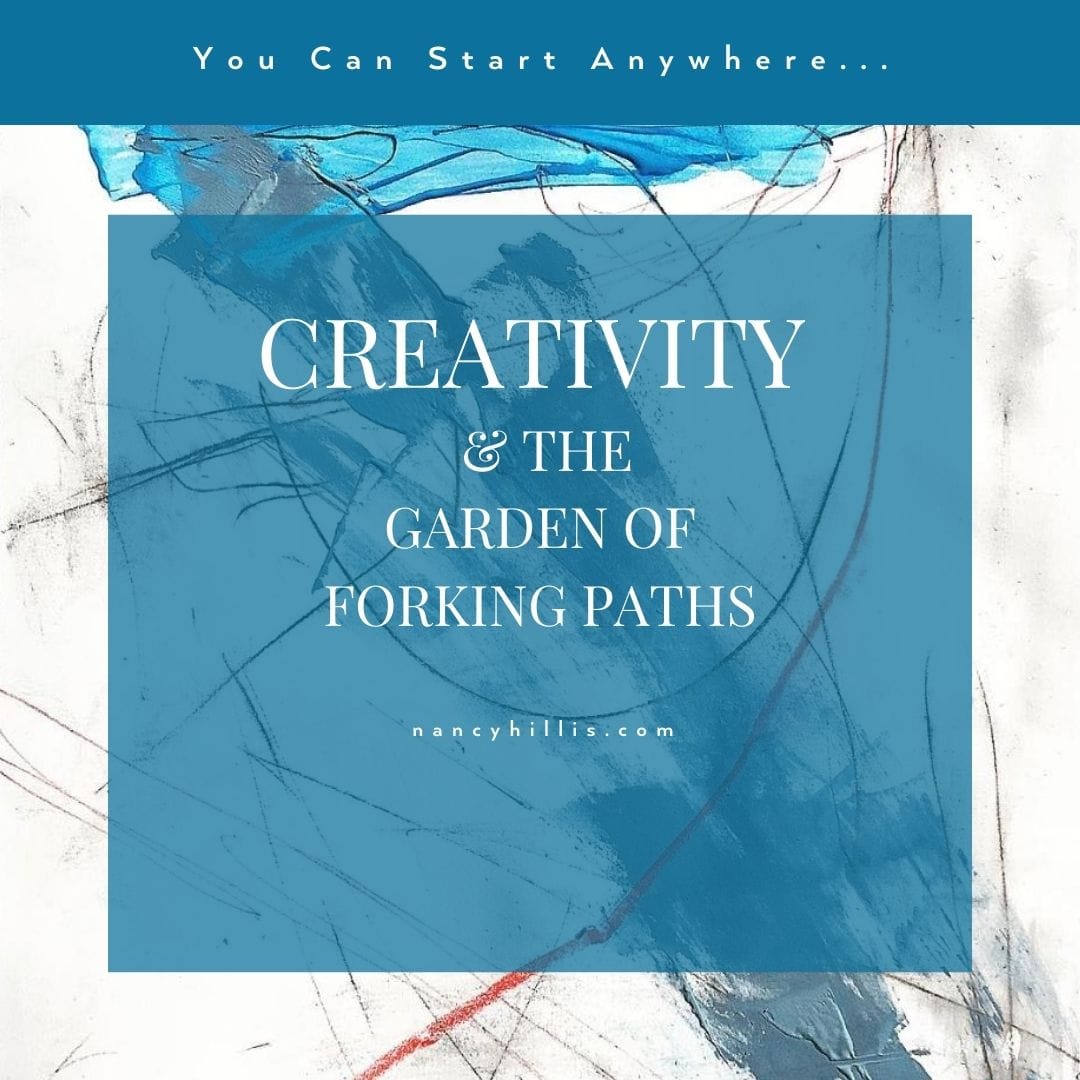 Last weekend, a freak storm impacted Northern California, where we live in the Santa Cruz mountains.

To the uninitiated we appear to have only two seasons- rainy and dry.

To meteorological connoisseurs, we have at least six flavors of weather.

This includes subtleties such as:

Many people from elsewhere say our weather is boring and hardly warrants the dignity of the name — no tornados or hurricanes and hardly ever thunderstorms.

Now we are wishing they were right.

Crackling with energy, this pulse of wrought angry air blustered into our coastline like a violent bully. It unleashed a barrage of lightning, fully one minute of pounding rain, and a brief huff of gale force wind.

Then the sun came out the next morning and everything seemed normal again.

Sparkling waves curled onto sunny beaches under a blue sky.

Children’s laughter and shouting and splashing played out in the sweetness of waning summer.

But what the storm left behind was fire. 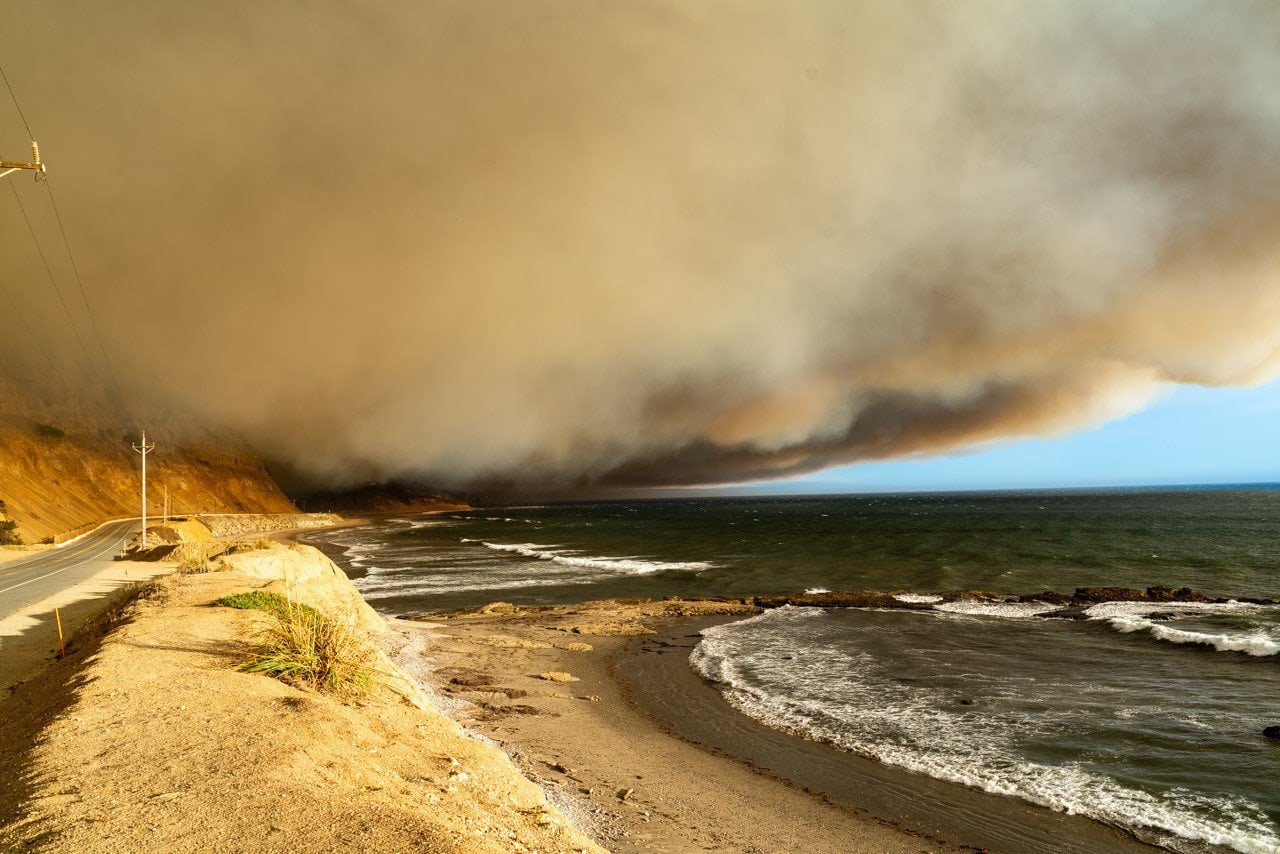 There were hundreds of fires lit by over ten thousand lightning strikes, untempered by rain.

Dozens of blazes seeking their kin merged into ravaging infernos.

One incandescent appendage of the fire, a mere 4 miles (6 km) away, encroaches as I write this.

The story of lightning remains to be written in flaming ink 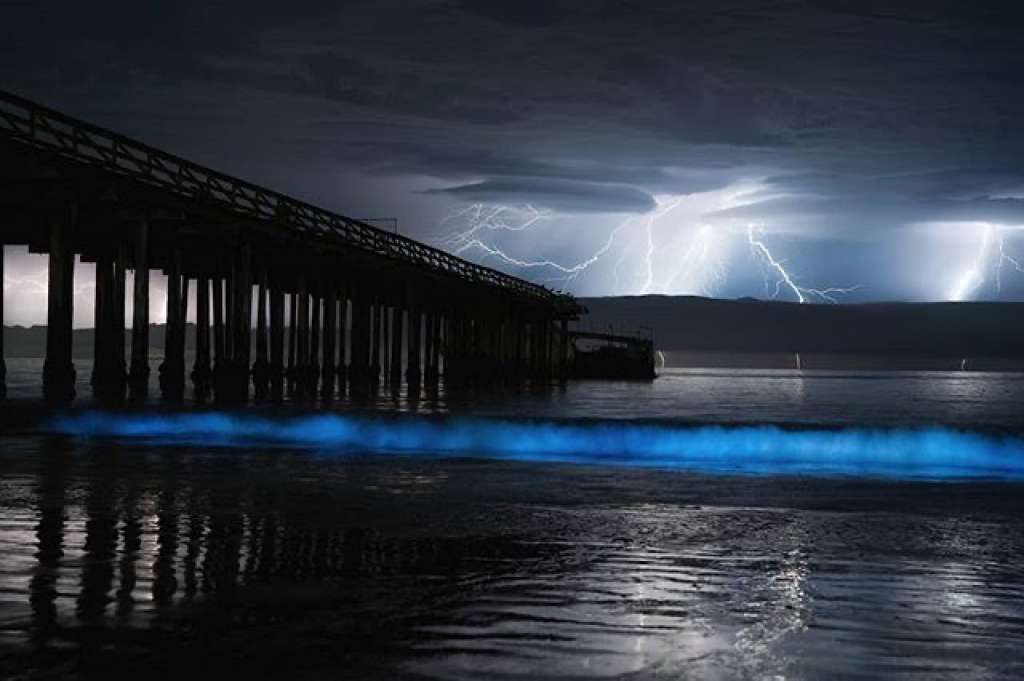 In previous blog posts, we have touched upon the idea of the adjacent possible and the role of evolution, surprise, search,  constraint and happenstance in life.

Looking at recent pictures of lightning, with its forking patterns shocking the landscape, I see an illustration of scientific concepts writ in electricity, searingly bright and ephemeral.

In 1941, the Argentinian writer Jorge Luis Borges wrote a story called The Garden of Forking Paths. 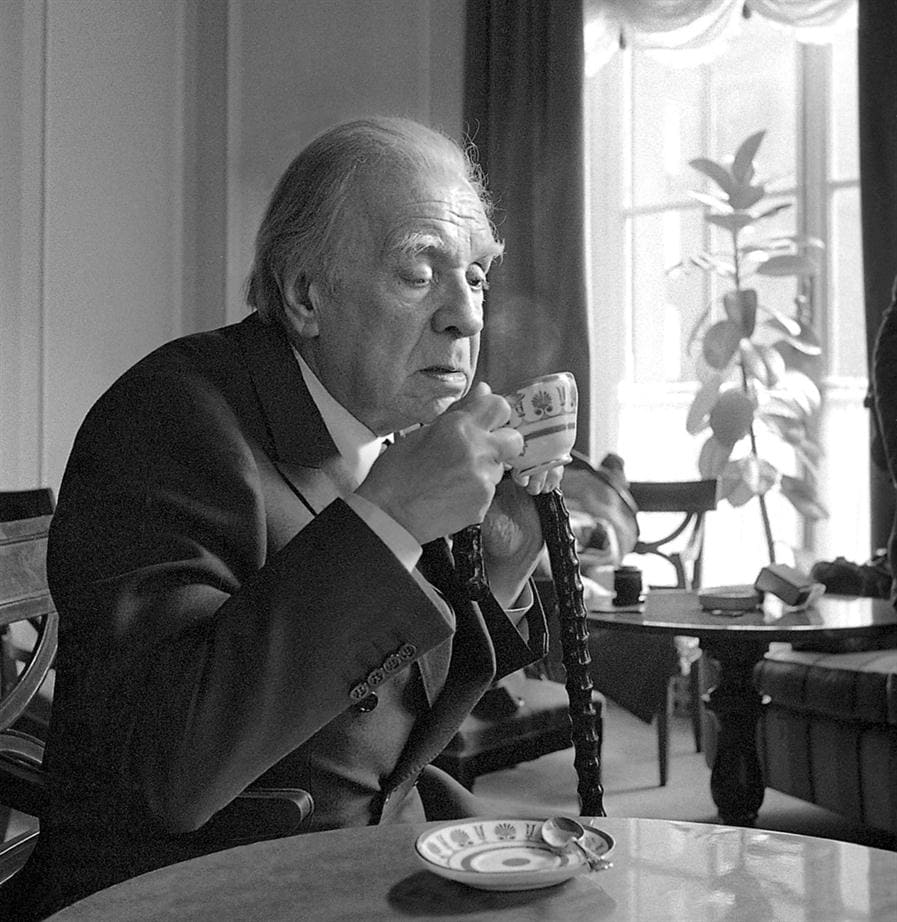 In this novel, the main character Dr Yu Tsun, a Chinese professor of English and descendant of novelist Ts’ui Pen, seeks to unravel his ancestor’s creations.

In the story, Ts’ui left a cushy government post to devote his life to creating a labyrinth and a novel.

The labyrinth and Ts’ui’s novel turn out to be one and the same.

Ts’ui’s ambition was to create a labyrinth in which “all men become lost”, an unresolvable puzzle.

We asserted earlier that artistic creativity is deeply intertwined with the idea of resolvability.

In most fictions, a character chooses one alternative at each decision point and eliminates others.

In Ts’ui Pên’s novel many possible outcomes of an event occur simultaneously, all of which themselves lead to further proliferations of possibilities.

All of the different possibilities continue to exist simultaneously with the chosen path, all of them are potentially viable and consistent.

In the 18th century, Gottfried Leibniz, whom we’ve heard from before in the context of optimization, thought that the “paths not chosen” continued on as ideas in the mind of God, having an existence separate from the world that contains us and our experiences. 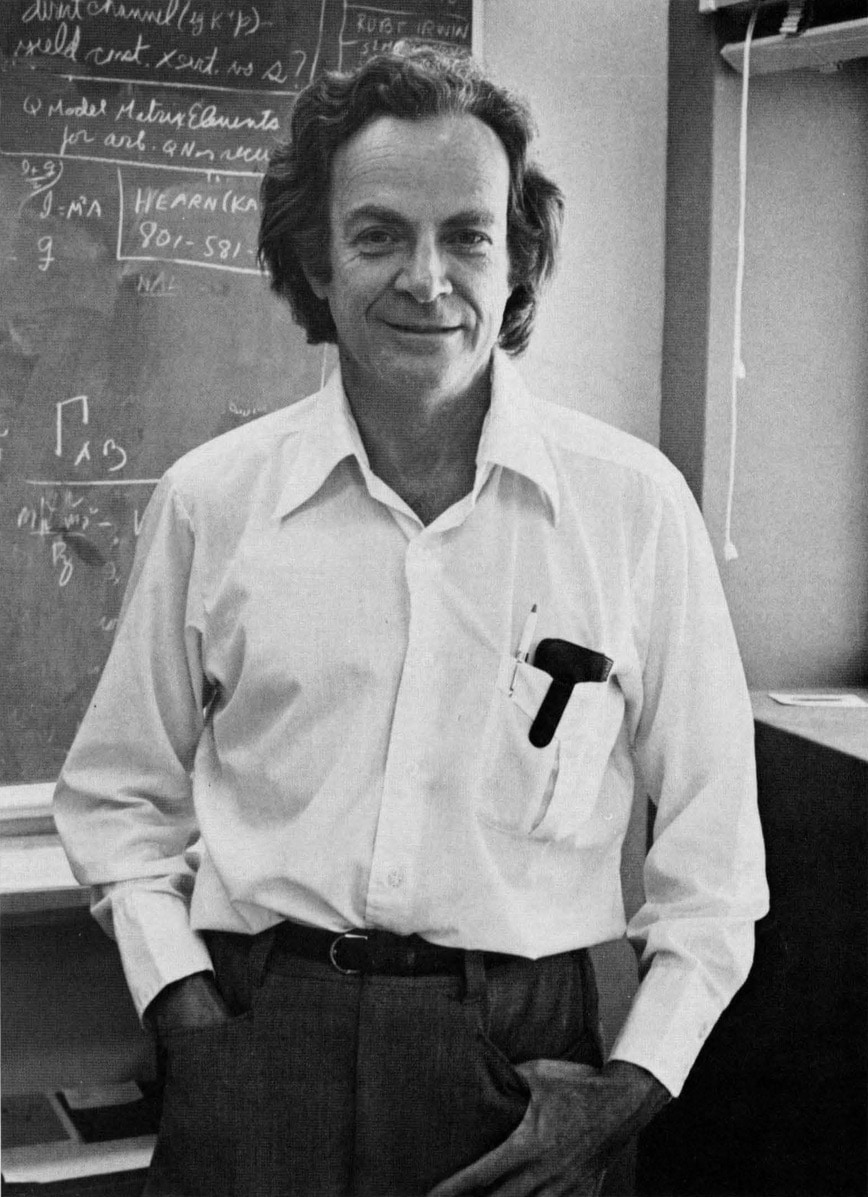 More recently, there is a formulation of quantum mechanics due to Richard Feynman called the “path integral formulation”.

The idea is that there are an infinite number of paths for a system to get from one configuration to another.

Each path is associated with a probability and all the paths contribute to what is observed because they carry information that evolves the whole system forward.

When an experiment is performed to observe the system; however, only one path is seen.

The rest are behind the curtain of reality, unseen but not absent.

Some claim that Feynman, who spent a year in Brazil as a visiting scholar and met Borges at one point, was directly influenced by the novel.

But, lacking written evidence, it remains a perfect theory in that it can’t be proven one way or the other.

Schrödinger’s Cat & The Many World’s Hypothesis 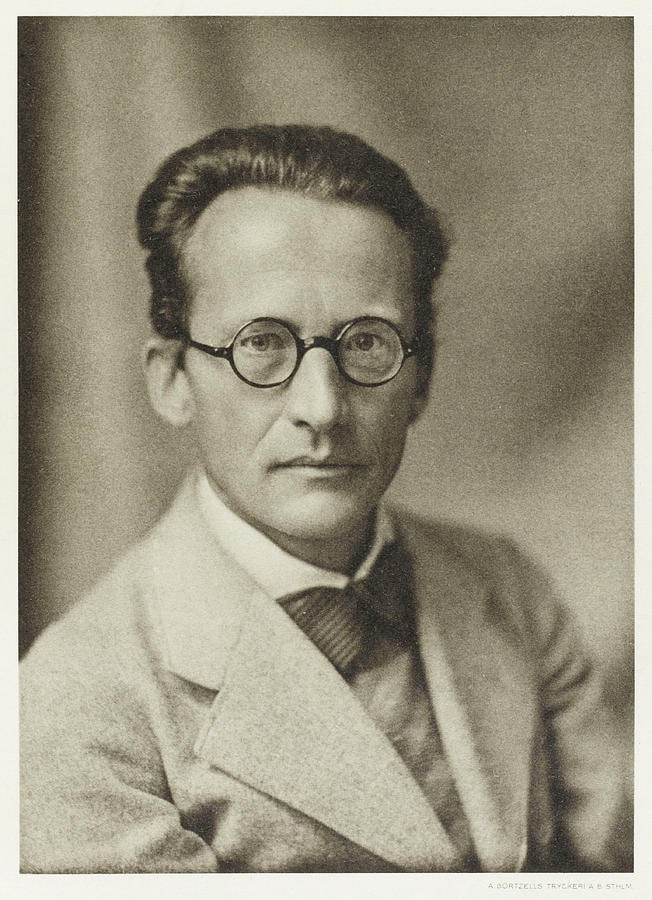 A more recent interpretation of the quantum mechanical garden of forking paths is the “many worlds hypothesis”.

This is where each act of observation branches off a Universe from all of the other possible Universes.

The other possible Universes continue to exist in the sense that they are all plausible and obey the laws of physics.

An illustration that is often brought forth to argue for this interpretation is “Schrödinger’s Cat”, a famous physics thought experiment (Gedankenexperiment).

This describes a cat in a box where a single quantum mechanical event of nuclear decay can release a poison that could kill the cat.

Before observation, the system has a mysterious combination, a “superimposition”, of cat-alive and cat-dead. Afterwards, a path has been chosen.

This assumes that a cat has only one life or at the very least starts the scenario on life number 9. 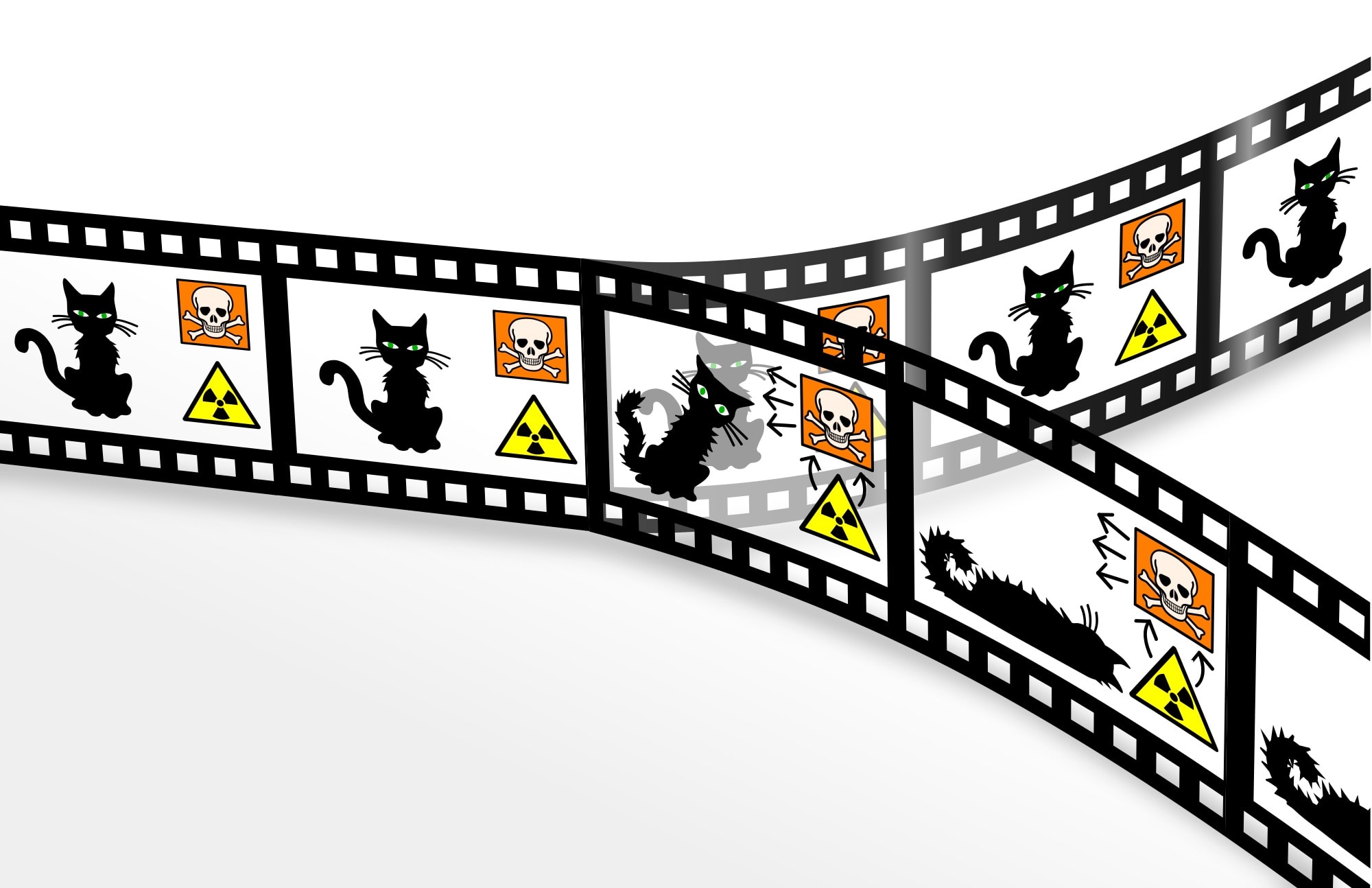 Imagine what it would be like taking such a cat to the veterinarian.

Borges’ story has entered the subconscious as a widespread meme, or perhaps his novel was the first fruiting of an earlier seed, or one of an infinite number of explanations.

It can even be seen as the coalescence point of an entire genre known as Uchronia or alternate histories.

A recent example is the television series based on the novel by Philip K. Dick, The Man in the High Castle, an alternate history depicting a Nazi victory in World War II.

Examples go back to alternate histories of Alexander the Great’s conquests, Napoleon and Russia, and the American Civil War.

In all three, the precarious knife-edge of reality is made visible and dramatic, a manifestation of the sensitive dependence on initial conditions that we encountered in our description of chaos theory.

Some video games have embraced the concept wholeheartedly, with player interactions driving the game’s narrative through a vast ensemble of possible stories.

This is a practical application of combinatorics – 10 instances of 10 choices results in 10 billion possible stories, enough even for ardent gamers.

The earliest art form that makes use of alternate pathways within a composition as a compositional technique may be the Musikalisches Würfelspiel (musical dice game) employed by Mozart and others in the 18th and 19th centuries.

This is where the path through a composition is determined by successive dice throws.

But even all of those possible musical pathways are written down in advance, so they don’t properly embody what we call the adjacent possible.

In real life, the alternate pathways are created on the fly rather than sitting there waiting to be explored.

Musically, this is more like jazz- what has happened unfolds possibilities for what might happen next, and the paths not taken inform the path taken. 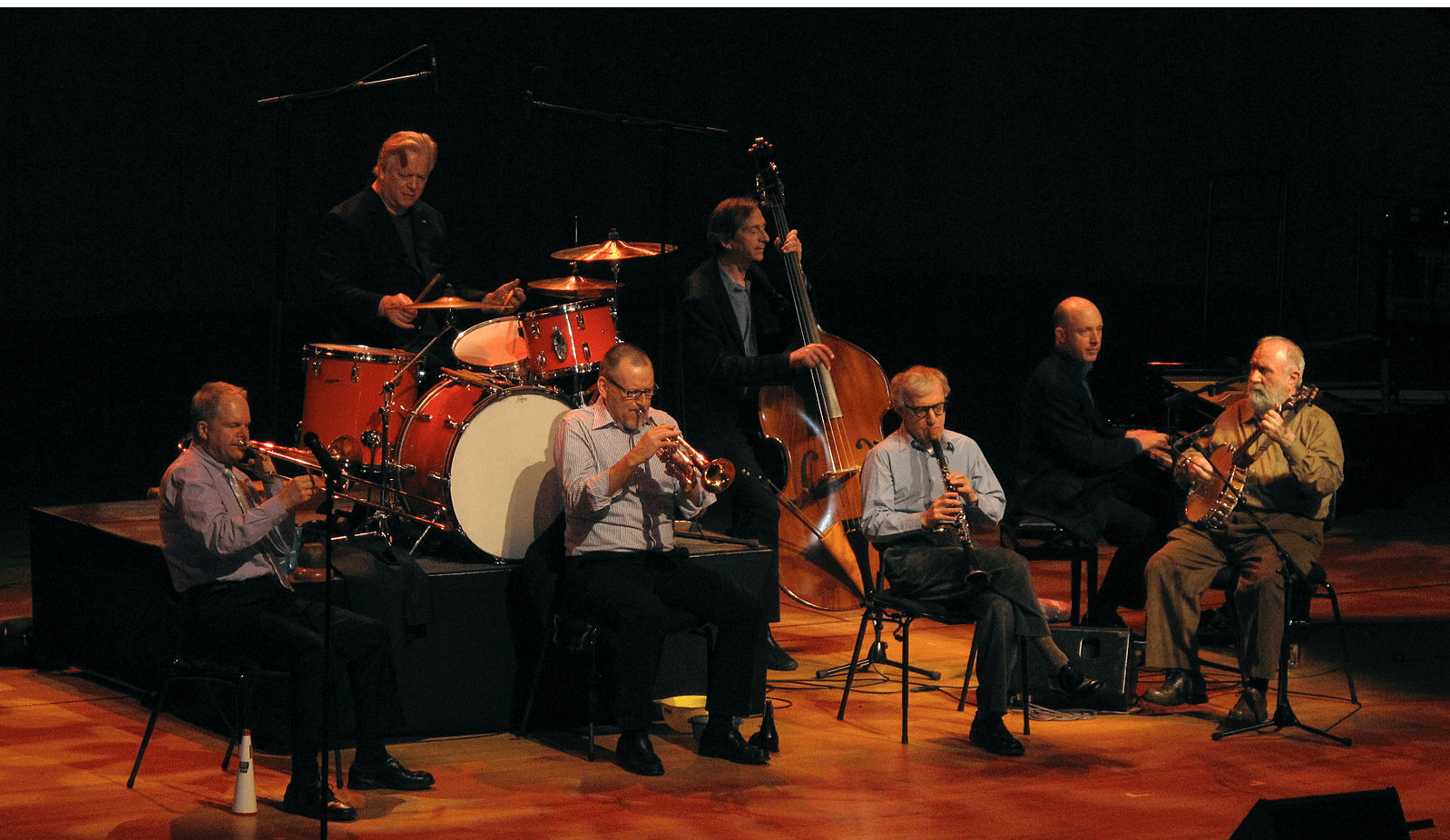 If we had infinite knowledge and predictive power, could we specify all of the adjacent possibles in advance, making life into a kind of gigantic video game?

This is an open question, but there are reasons to suspect we cannot.

This requires introducing a couple of new characters, Kurt Gödel and Georg Cantor.

These gents explored the ideas of different classes of infinities and the nature of unprovable assertions in the 20th century. But we will have to defer a discussion about their ideas until later.

What we can say is that creativity is similar to a garden of forking paths.

Constraint and choice are the cornerstones of creativity.

Since every composition creates a new world unto itself, the process carves out a new world from all of the worlds that might have been and perhaps still exist in the mind of the creator.

This is akin to how a sculptor releases a figure from the stone.

P.S. If you enjoyed this post, you’ll love my book The Artist’s Journey: Bold Strokes To Spark Creativity.

Named a Top 100 Creativity Books Of All Time by BookAuthority.

Challenge limiting beliefs, develop your creativity, unlock the true you, access your authentic self, and discover your untapped potential.
This is a “why-to” not a “how-to” book. It’s a psychological and philosophical exhortation to believe in yourself and say YES to your deepest dreams, and living your most meaningful and creative life. Get this inspirational self help book HERE.