One To Zero: Fear, Risk & Creativity 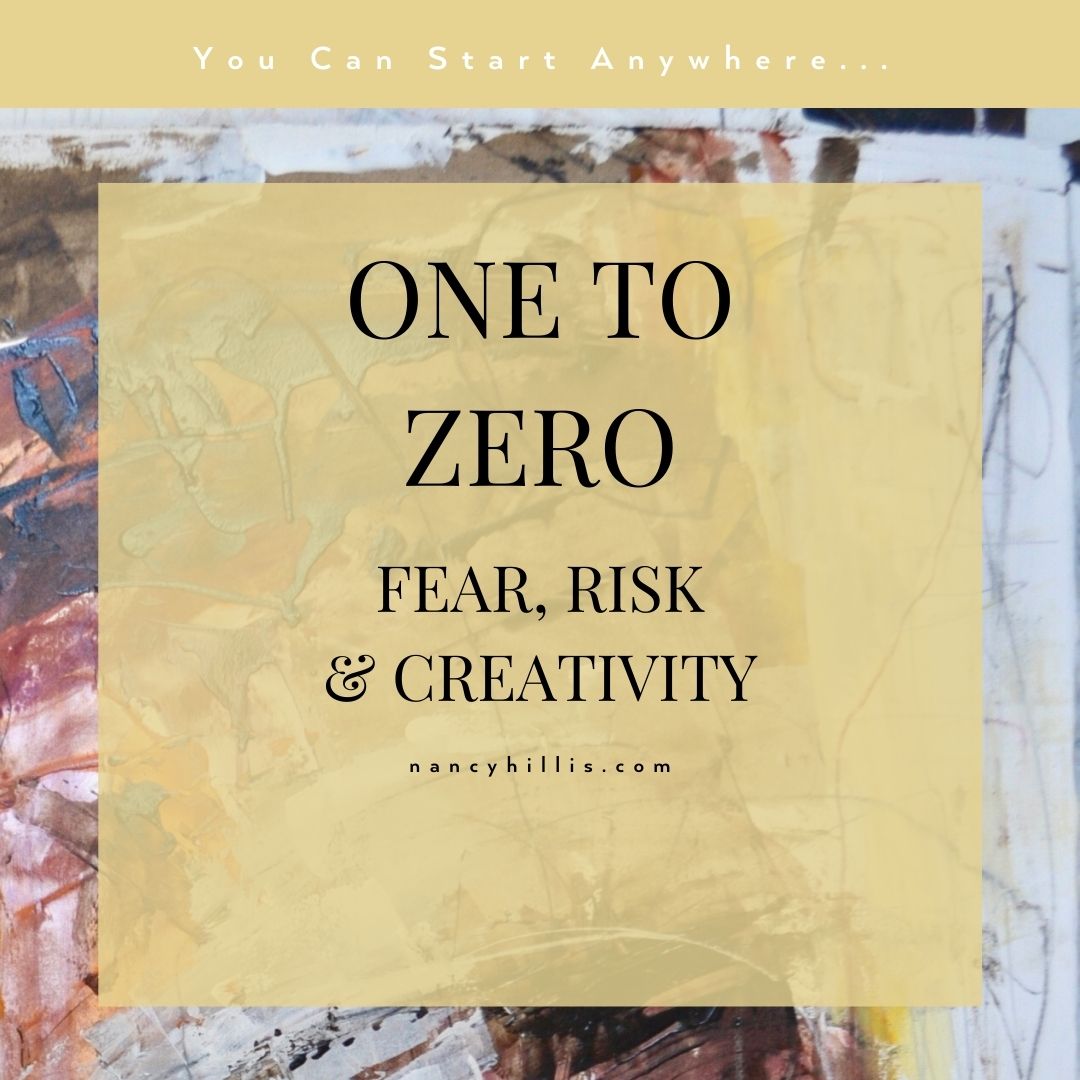 One To Zero: Fear, Risk & Creativity. The following post is informed by conversations with Stanford educated theoretical physicist and mathematician, Dr. Bruce Sawhill

One To Zero: Fear, Risk & Creativity

In previous blog posts, we have often brought up the concept of Zero to One as being a crux of creativity.

It has a double meaning because it is a concept that is numerical as well as categorical.

Zero to One goes from nothing to something, from nonexistence to existence. It encapsulates the essence of creativity- manifesting something that wasn’t there before.

It would seem like you can’t have too much of this good thing.

But what about the opposite?

One To Zero: From Something To Nothing

One to zero is the opposite direction of zero to one.

Artists and scientists have long made use of symmetry in their compositions and arguments, so it is expected that the opposite of Zero to One would come up at some point.

The symmetric opposite of creation is annihilation.

In a symmetric world, creation and annihilation should balance out.

As an example, in the physics of fundamental particles and forces, this is the default stance. For every positive there is a negative, at least somewhere.

For every action, there is an equal and opposite re-action.

Anything *other* than symmetry requires some deft explanation.

Something needs to break the symmetry.

Artists are familiar with asymmetry as a compositional tool. Compositions that are too symmetric are perceived as static and not visually exciting.

One way around this dilemma is to introduce slight asymmetry thereby creating asymmetrical symmetry, a more dynamic design.

But back to symmetry…

Perhaps the reason why symmetrical design is perceived as static and predictable is that our visual cortex has evolved to perceive input that is portentous—either for good or for bad.

And things that are portentous are not static because they portend change.

Why would evolution have produced this kind of wiring in our brains?

Going from One to Zero in the realm of living things is threatening.

It means going from something to nothing. It means nonexistence, death, lack of continuity.

In the world of evolution and ecology, the only permanent thing is change. No species persists forever, anything resembling equilibrium is a dynamic and temporary balance of forces.

Even seemingly static phenomena can hide powerful dynamics underneath.

This reminds us of a phenomenon we see here in Northern California summers. One of our favorite views is the occurrence of fog streaming over coastal mountains, particularly silvered by moonlight. 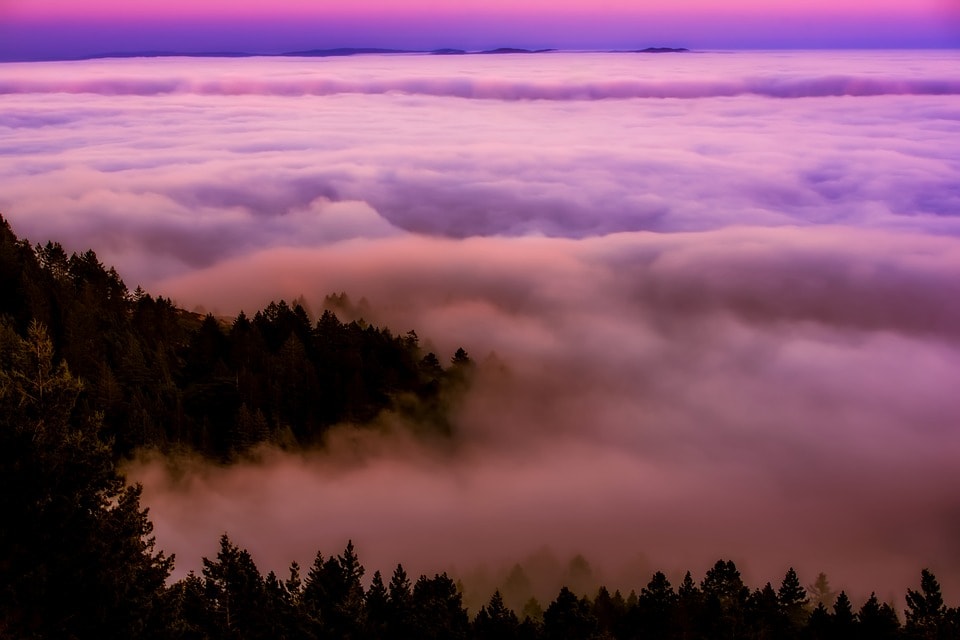 The fog is created over the cool ocean and driven over the mountain crests by prevailing winds, carrying cool moist air into quiet stands of towering redwoods. 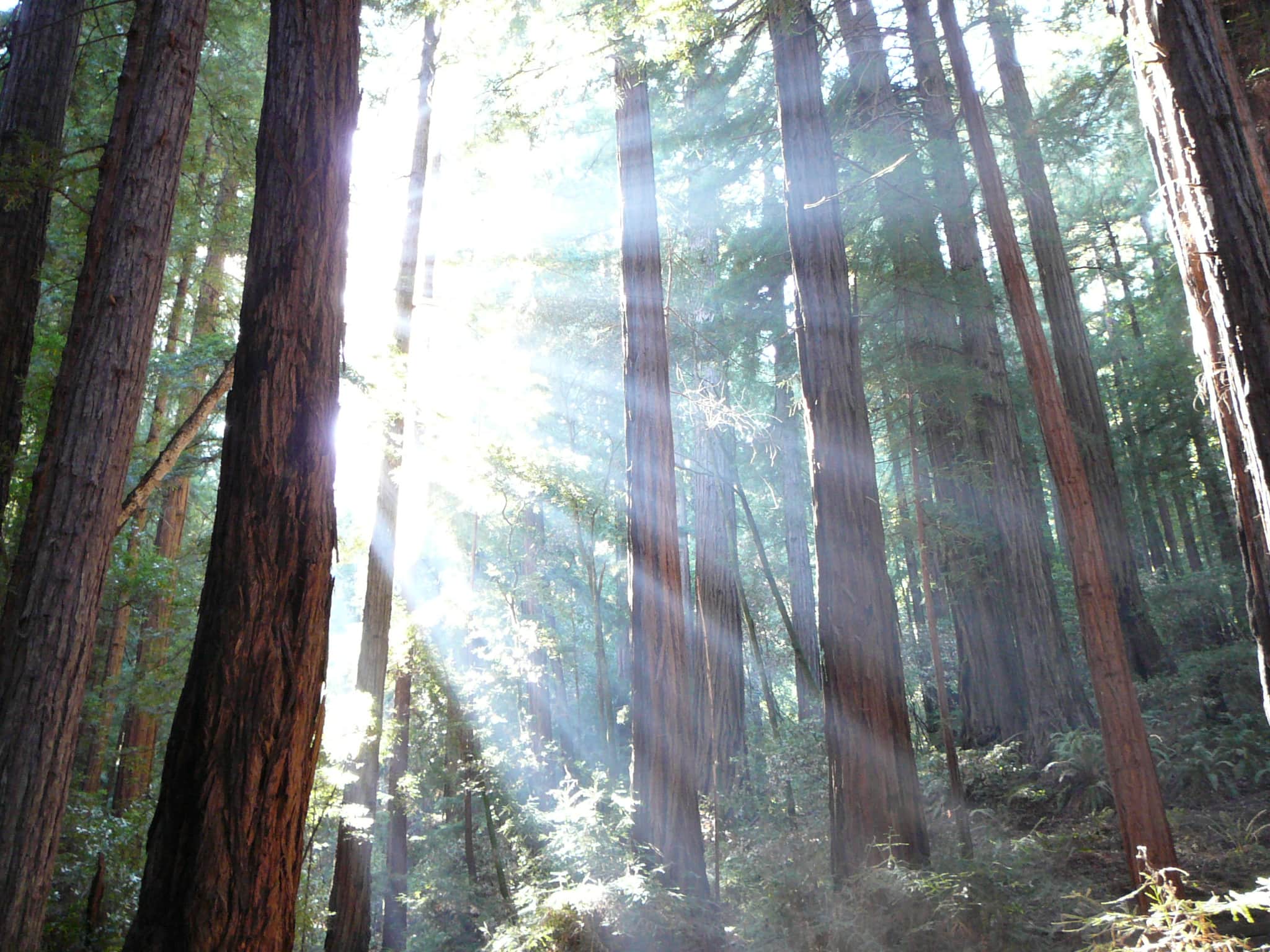 Fog In The Redwoods

As the air moves inland, the sunny and warm landscape acts to evaporate the fog because warmer air holds more moisture without it becoming visible.

The boundary of the fog looks static, tastefully draped over the treetops, but within that static view are energetic dynamics.

If you stand at the boundary of the fog, the wind whips around you. The rate at which the fog evaporates is balanced by the rate the fog is driven onwards, two powerful forces in a vaporous truce.

We assert that there is an asymmetry inherent in comparing Zero to One with One to Zero, from the point of view of an artistic creator.

If we are talking about living things, going from Zero to One, from nothing to something, is kind of abstract.

If you didn’t exist before and now you do, you can’t compare before and after. It just is.

Going from One to Zero, from something to nothing, in the realm of creativity is threatening. It implies loss, devastation and ruin. A kind of death, not of yourself as a biological entity but of your creations.

Perhaps this is a way of thinking about the fears that show up when we face the unknown as artists. This fear, like a jackal rearing up on its hind legs, lunging for the sky, can overtake us.

Indeed, creating brings up fears that activate the old reptilian brain- the fight or flight brain, the one with flashing red lights exhorting: This is life or death!

A mundane example from the world of finance can help here.

Let’s say you have two coins. If you lose one, you have lost 50% of your wealth.

But if you start with one, you need to gain 100% of your wealth to get to two coins.

There is a perceived asymmetry rooted in the perception that what you can potentially achieve is related to what you currently have.

If we extend this metaphor to One to Zero, from something to nothing, means losing 100% of something. Meanwhile, going from Zero to One, from nothing to something, requires an infinite increase.

This doesn’t seem symmetric at all!

This is the root of risk aversion.

There’s a feeling that loss is a slippery slope.

It is much harder to gain back what you have lost.

At some point you fall off a cliff and encounter a category change.

As long as you’re above zero, you’re still in the game, but if you fall to zero, the game is over and any subsequent good fortune is wasted.

Something in our cells knows this — we do not have to learn it.

We are wired to use everything we have to avoid death, and our reptilian brain can be tricked by threats that do not portend physical death.

In the world of creativity, loss is not final and we do not die if something does not work out. Ideas die in our stead, and that goes for artworks as well.

History plays tricks on us — we see the works of famous artists vetted by time and by the artists themselves, but we do not usually get to see the contents of their trash bins, of all of the risks taken that did not work out. There are plenty.

I submit that we often apply risk aversion borrowed from our biological being to our creative being, with counterproductive results. The survival imperative causes us to avoid risks that loom literally larger than life.

We have to use our faculties of reason to power through the hard-wired resistance that makes us avoid risky behavior in creative realms.

Since this does not come naturally, it has to be practiced.

People do all sorts of unnatural things, from kicking oblong balls between two posts to writing books to singing four-part harmony.

None of those things ever happened without risk-taking.

I have heard a quote ascribed to Buddhist thought: 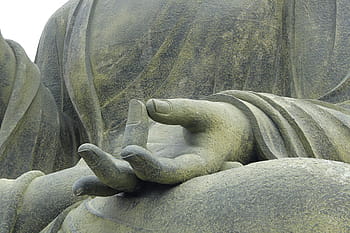 It is an appealing compression of an attitude that creatives can cultivate towards their creations.

Upon further research, we found that the quote shows up in a 1998 movie called Croupier.

Our love of deep philosophical roots for things got a slap in the face when we found that something we thought had centuries old roots in Buddhism was actually from a tawdry, ephemeral film about gambling.

Note: The movie was actually about a stymied novelist seeking inspiration who found it in the gambling life.

But what is a croupier? 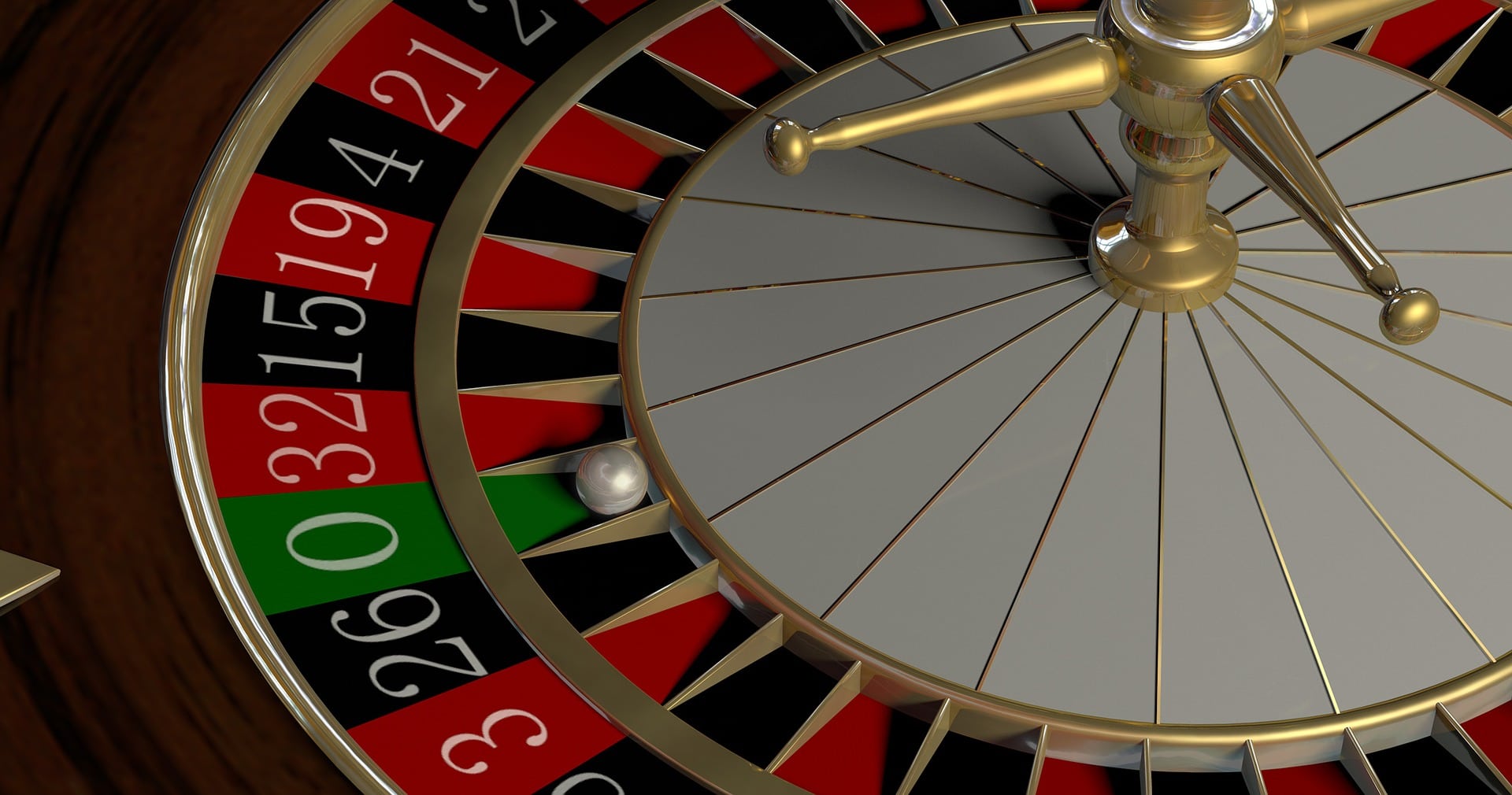 Roulette Wheel- Notice that the ball is at Zero

A croupier is a gambling house professional who manages the world of probability, luck, and risk — The one who deals the cards and spins the roulette wheels.

As creatives, we’re spinning the roulette wheels and dealing ourselves cards of our own creation continuously.

That’s what you have to do to stay in the game.

It won’t kill you, and it may open the door to something surprising.

P.S. Leave us a comment. If you enjoy this post, you’ll love my book The Artist’s Journey: Bold Strokes To Spark Creativity. Watch the video of Daniel Hall interviewing me about my book on Book Lover’s TV. 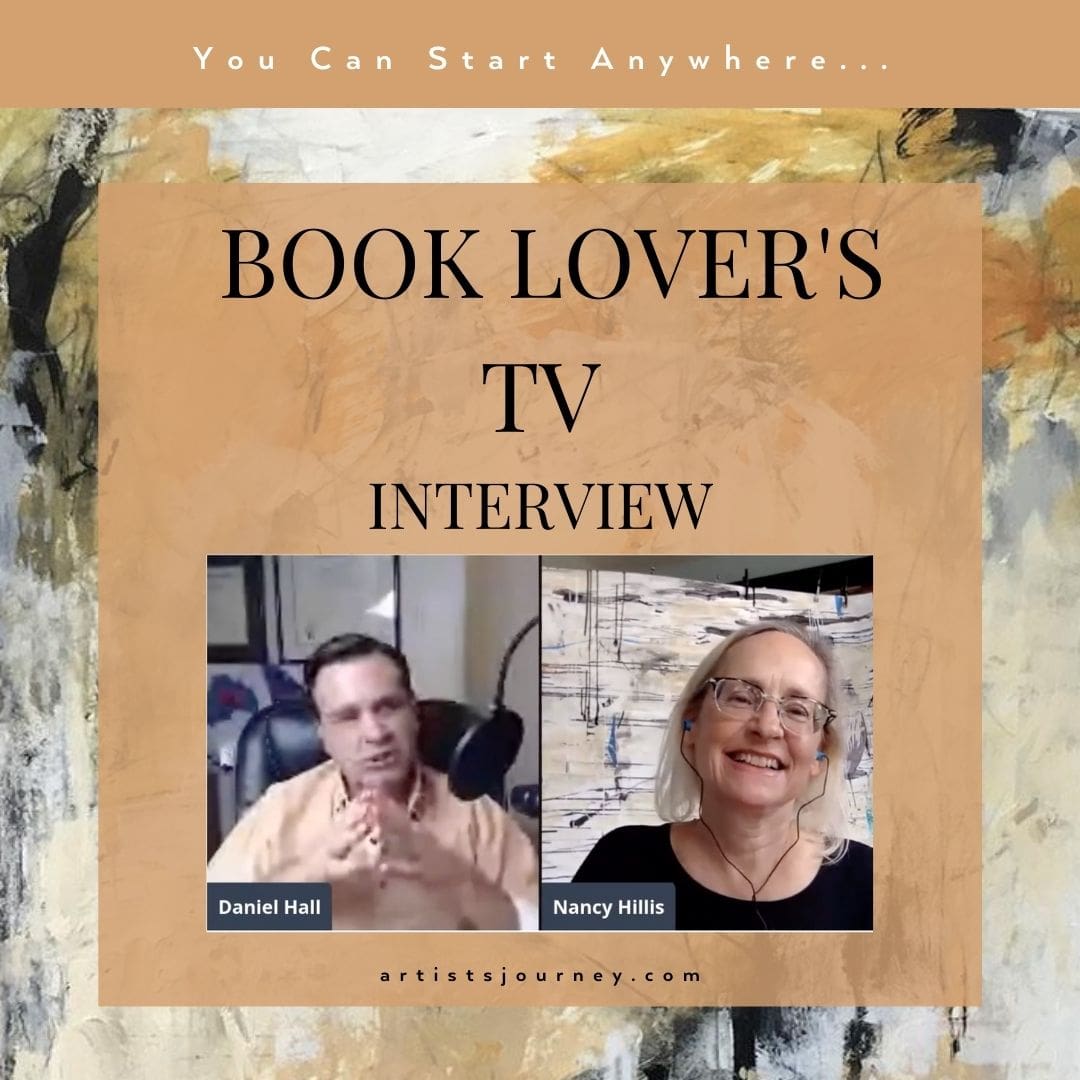