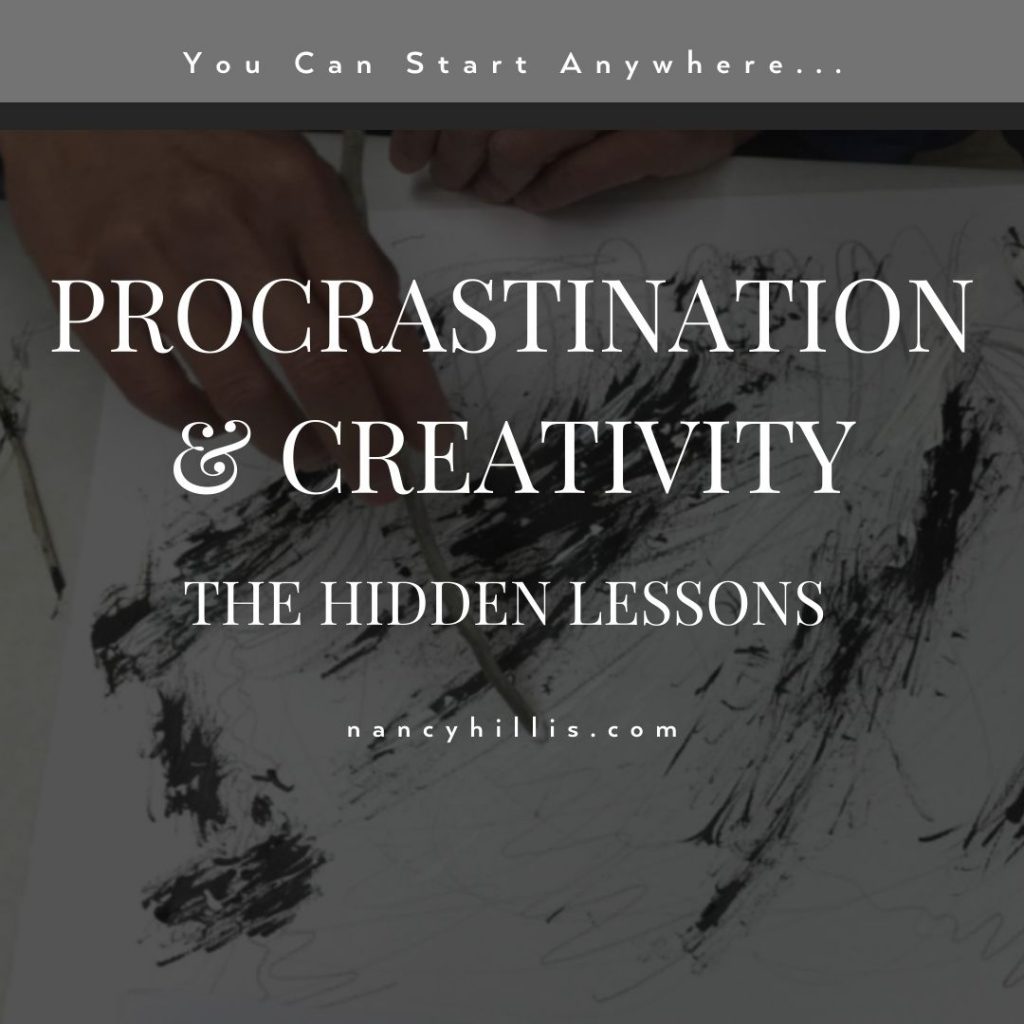 Procrastination affects the majority of people. In fact this blog post is late.

The word has origins from the Latin procrastinatus, which itself evolved from the prefix pro-, meaning “forward,” and crastinus, meaning “of tomorrow.”

But it’s a form of optimization also — How much can I compress the time it takes to do something?

The Downsides Of Procrastination

An example from the late Calvin and Hobbes comic strip: Procrastination can be like testing a bridge’s weight carrying capacity by driving heavier and heavier trucks over it until it collapses, then posting the weight of the second-to-last truck next to the rebuilt bridge.

This technique was suggested by Calvin’s father much to the chagrin of his mother.

Bruce saw a sign in a machine shop as a graduate student that read:

If you push the limits too close on something critical, the downside can be large.

A music professor once said to Bruce’s class,

It benefits you very little to play the right note unless you play it at the right time.

We believe procrastination is deeply associated with fear. Fear of failure. If I don’t start, then technically I can’t fail, though as Wayne Gretzky, the famous hockey player said:

You miss all the shots you don’t take.

If you procrastinate long enough, you abrogate your chance at participation. Procrastination creates a vicious circle of negativity that looks something like this: 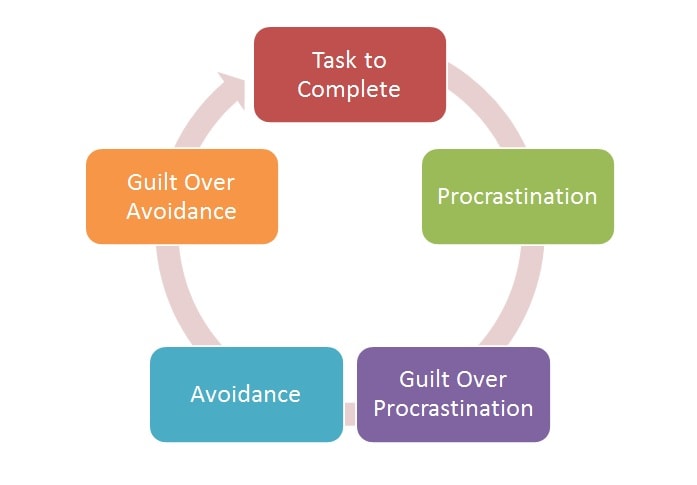 The Cycle of Procrastination

As in many aspects of creativity, there are useful insights to be gained from science.

In a lifetime of procrastination, Bruce formulated a method that works a goodly proportion of the time.

He calls it The Principle of Successive Distraction. (PSD). It is based on the science of autocatalytic sets.

Before we get into any science, here’s how it works in practice:

These are typical tasks for Bruce and most of the time he likes all of these things, but there is a threshold, an “activation energy” to get started in each of them.

And, furthermore, if Bruce feels he is doing too much of any one thing, it starts to become a chore. PSD says that he should use the other tasks as distractions in turn:

It forms a loop that hopefully feeds on itself and a lot of things gets done.

It feels like indulging distraction but it is really procrastination hacking.

This doesn’t work with all combinations of tasks, but our old friend combinatorics tells us that an increasing number of tasks to be done radically increases the number of ways you might string together PSD cycles.

This has many applications in the creative studio, as there are often many tasks that need doing:

That all said, there are just times when you don’t feel like doing A, B, C, or D, or anything else, for that matter.

Accept that these occur and go with it. Take a nap or wear the fingerprints off of your thumbs with your phone. 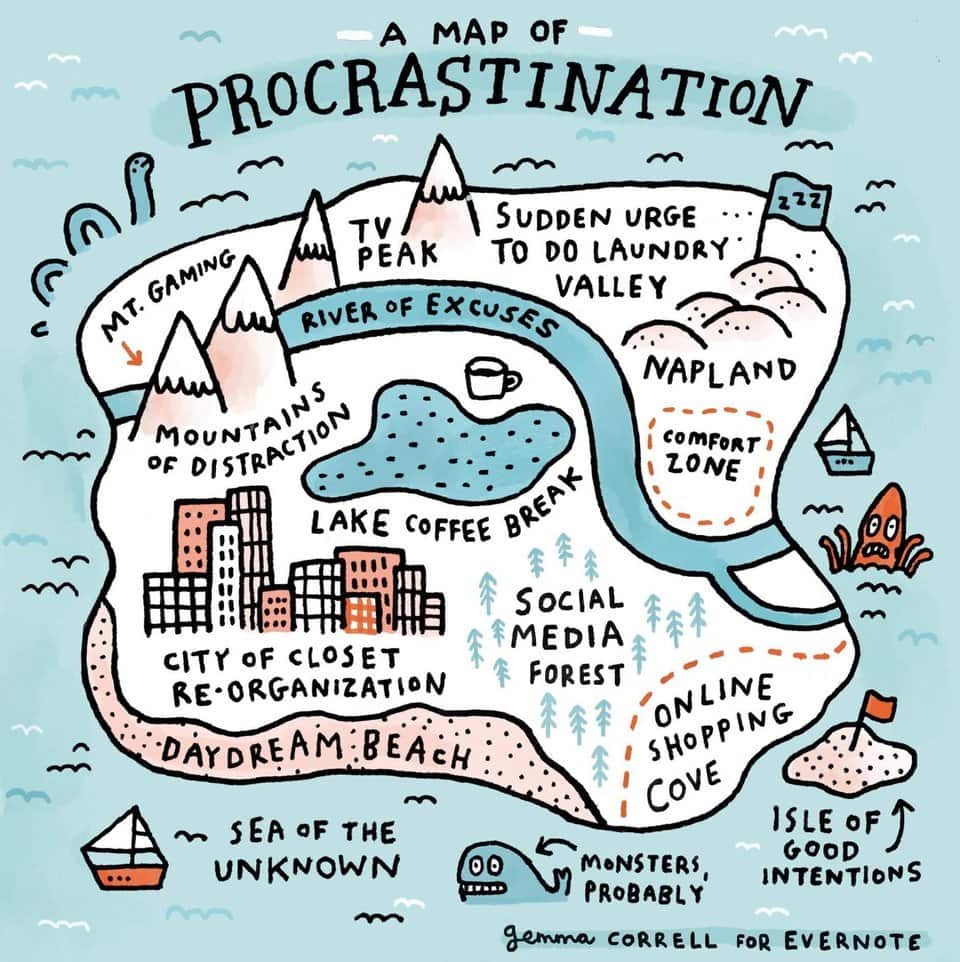 A Map of Procrastination

The Magic Of Catalysts

Autocatalytic sets are an idea from chemistry and biology but are abstract in their description, enabling interpretations in fields as diverse as economics and ecology and in our case, procrastination.

The idea of catalysis has found its way into popular memes. Things or events can be catalysts for change, for growth, for inspiration, for opportunity.

In chemistry, catalysts are compounds that enable chemical reactions to proceed, usually at a greatly accelerated rate.

Hydrogen peroxide, the same stuff that we can get in common drugstores, is actually unstable. Left alone, it slowly decomposes into water and oxygen.

But this process is so slow that there is no danger that you will buy a bottle of hydrogen peroxide and come home and find you have bought expensive water.

Many cars have catalytic converters that accelerate the breakdown of harmful pollutants as they are exhausted from the car’s engine. The chemical processes need to be accelerated because one only has a fraction of a second to work with before the combustion gases are exhausted out the tailpipe.

A catalyst is an almost magical thing—it causes reactions to happen without being consumed.

What happens is that the one slow reaction becomes two or more cascading and faster reactions.

The catalyst is first consumed and then released in the process with no net loss. It is like a no-interest loan from the chemical bank!

As an aside, Bruce says I’m a chemical psychiatrist—a catalyst for personal change that accelerates beneficial reactions while remaining myself after the process. As it turns out, my undergraduate degree was in chemistry.

If you get a whole “soup” of various molecules or processes catalyzing each other, they can form “meta-processes” by assembling themselves into virtuous circles.

Here is a diagram from the first work on the subject, by Nobel Prize winner Manfred Eigen in 1971.

This shows how.a virtuous circle can emerge from a group of catalyzed reactions. Every arrow shows a catalyzed reaction of two elements. If you get enough of them, the chances get better at hooking up a circle of them, nose to tail. 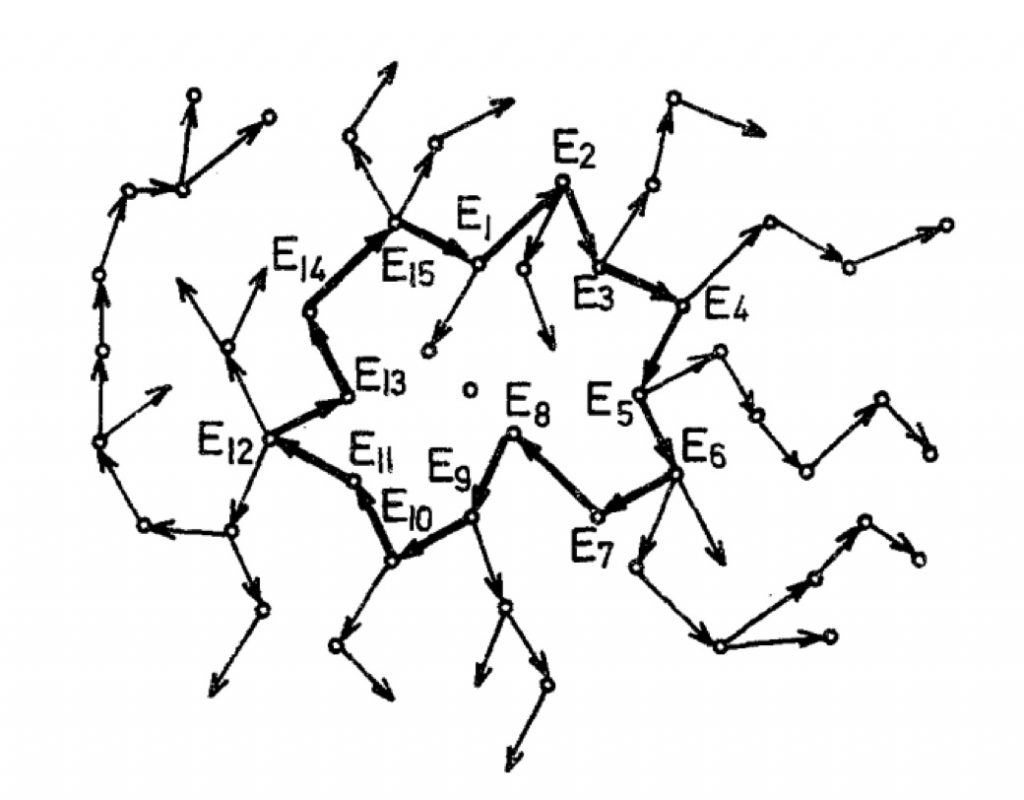 One can take the meta level reasoning even further.

Imagine many virtuous circles (also called hypercyles or autocatalytic sets) emerging from a large set of possible reactions. They eventually compete for resources or they become the building blocks of larger, more complex entities.

The original impetus behind hypercycles and catalytic sets was chemistry and possible explanations for the origin of life from a primordial soup of simple molecules.

Much of the theory behind it is abstract and rooted in the concepts of process and transformation, ideas which can be applied to economies, ecologies, and even psychology.

I submit to you that we find virtuous catalytic circles in our lives, because, as ever,

Time is of the essence. There are transformations we will not live long enough to see unless we help them along.

Procrastination is not a human failing to be suffered through, it offers insight into finding the process that catalyzes your creativity.