Scaffolding The Complexity of Creativity 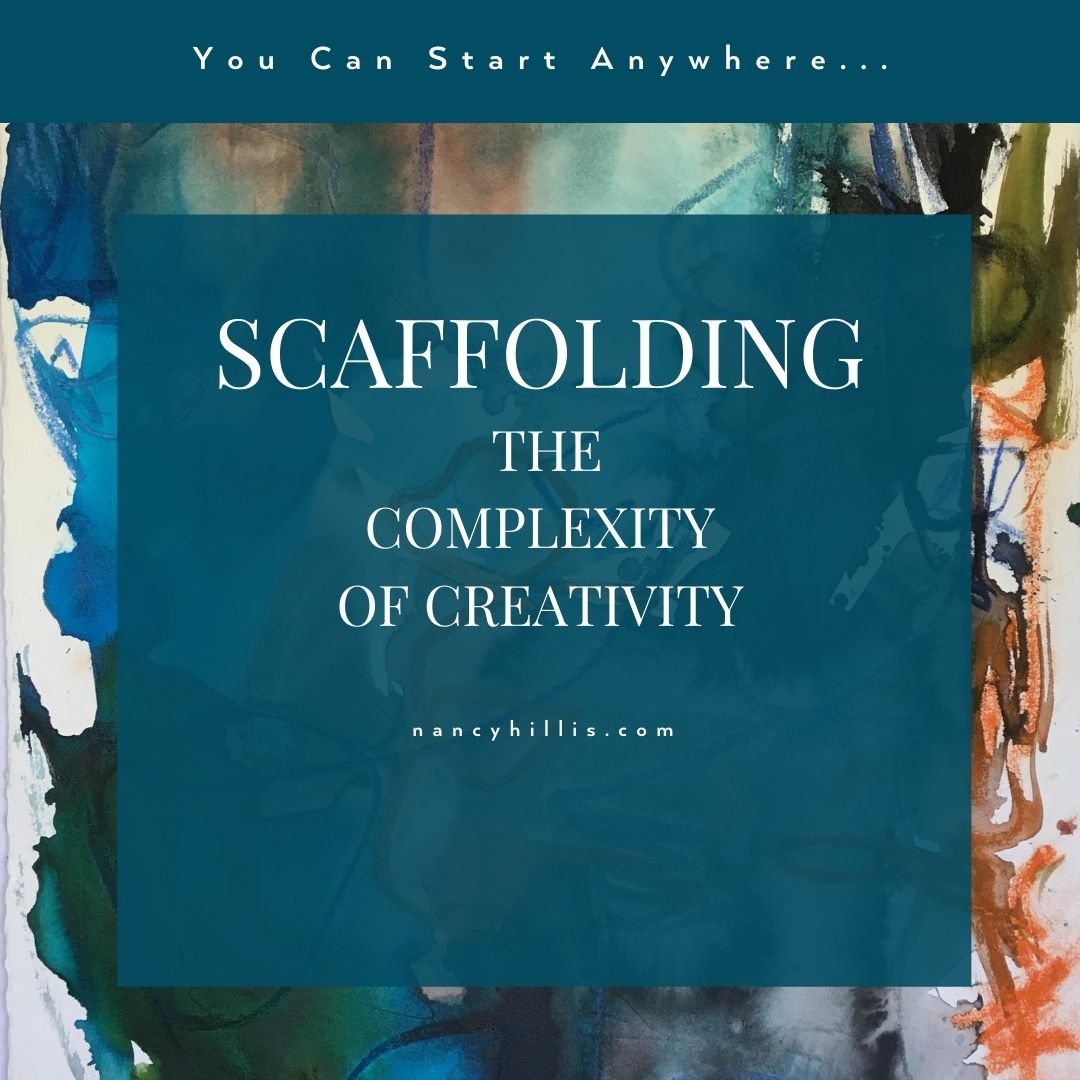 Scaffolding The Complexity of Creativity

Several months ago, when COVID-19 was exploding across the world, we wrote on the topic of Hysteresis, Hysteria, and History, with the premise that one of the characteristics of complex systems is a kind of irreversibility- that an excursion in a dynamic and evolving environment does not return you to the place you started even if you reverse your steps.

This occurs on both societal and personal levels. It is naturally discombobulating and even frightening because it introduces unpredictability and loss of perceived control, whether it is society’s reaction to the pandemic or your reaction to venturing into the creative unknown.

This feature is encapsulated pithily by the inimitable Mark Twain,

History never repeats itself but it often rhymes

There is a corollary to this idea of irreversibility that we call scaffolding. The salient feature of scaffolding is that life is full of things that were made with parts and processes that are no longer present or apparent.

How something came to be is an important part of what it is, or history matters. Complex systems scientists call this path dependence, a subject we addressed in the last blog post with the help of Jorge Luis Borges and Richard Feynman.

Some of the most amazing architectural artifacts in human history are the Gothic cathedrals of Europe. Nobody had built anything near that scale in Europe since the declining days of the Roman Empire, many hundreds of years before. 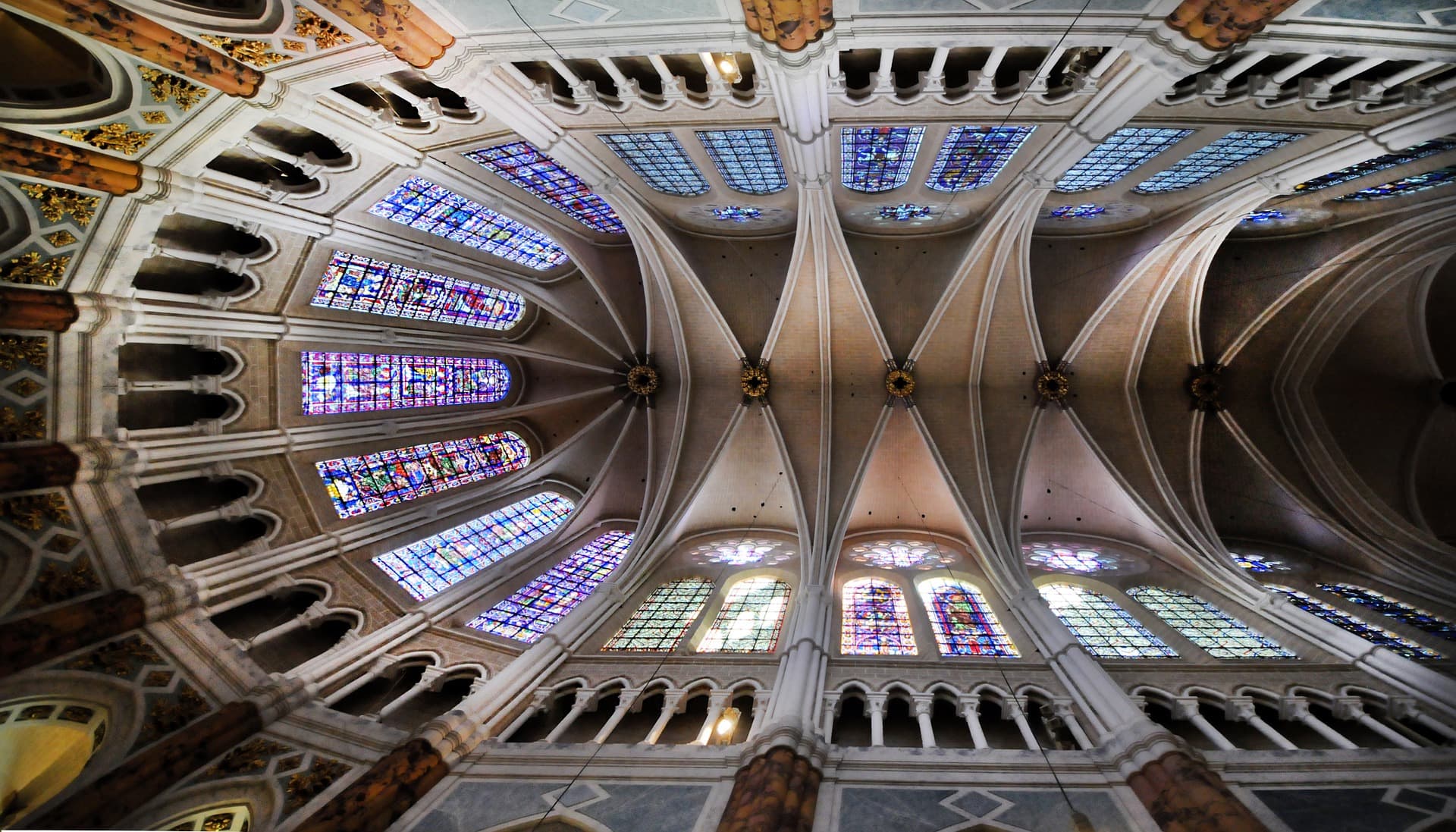 Chartres Cathedral Interior- Looking Up At The Stained Glass

How did people build these amazing structures without:

There was a great deal of trial and error. Some cathedrals fell down. Others were never completed due to issues other than engineering, such as funding or conflicts of authority. 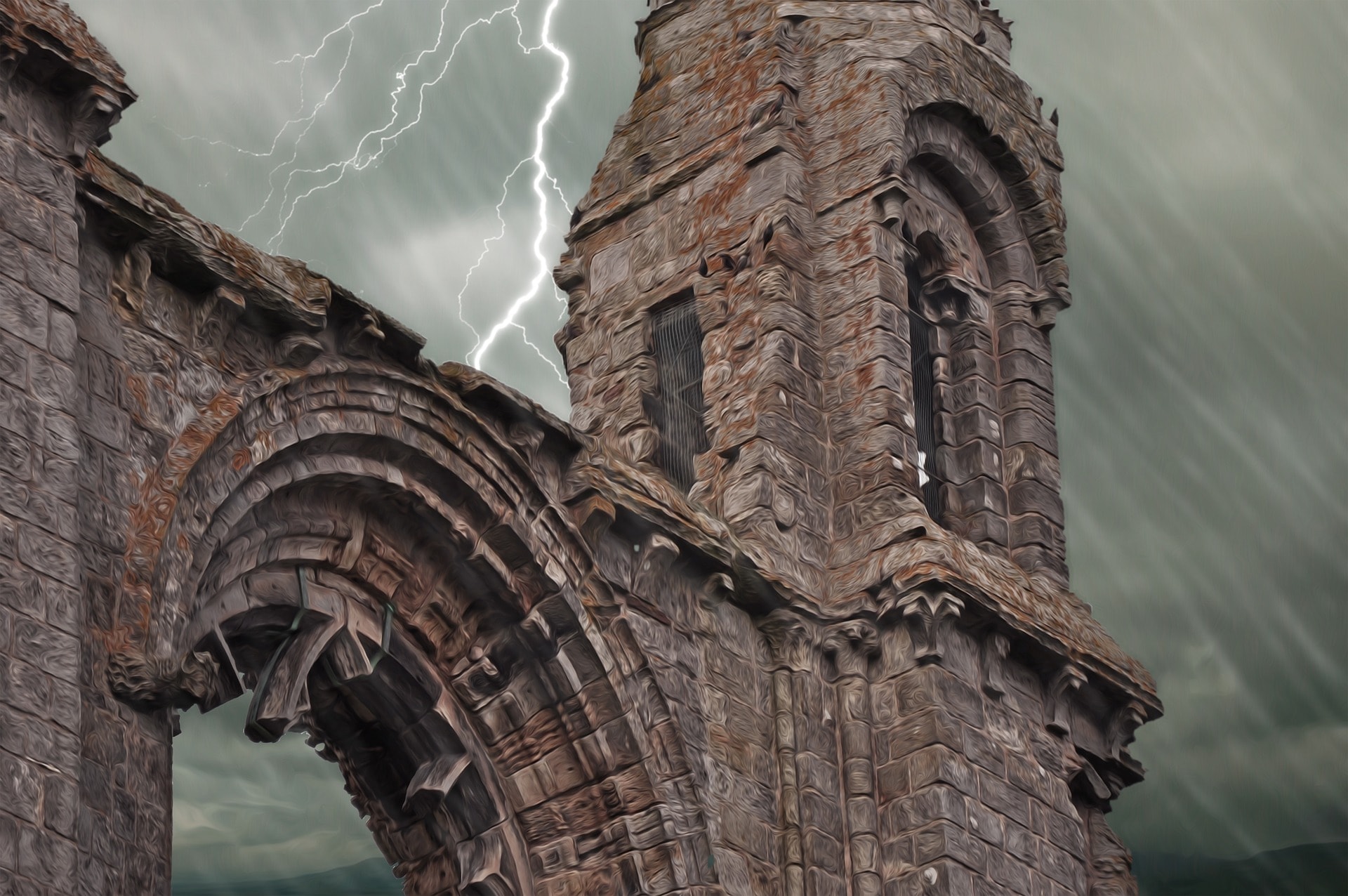 There is historical injustice regarding the surviving artifacts. Failed experiments are usually lost to history—the stones were gathered up and used elsewhere. Even surviving written plans that were unrealized are hard to find.

Statisticians call this selection bias – your stats look good if you suppress the failures. Medieval stonemasons and architects seem even more amazing than they were because their failures have been forgotten. 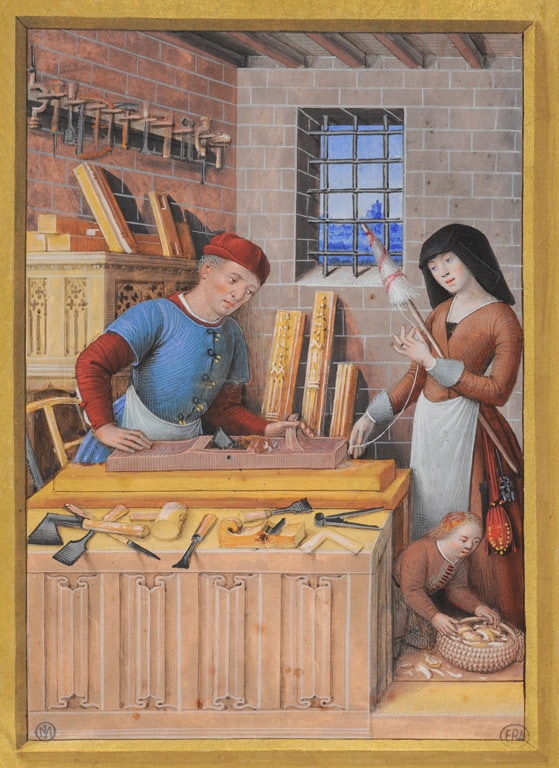 In modern times, scientific papers often follow this example- they proceed with sure confidence that the right calculations were done with brilliant foresight, significant insights were generated, and thoughtful and efficient experiments were done to confirm clever calculations.

One doesn’t publish the wastebasket.

Artistic creations have some of this self-selection going on as well.

How many Rembrandt canvasses perished in the fireplace? How much Rodin clay was re-modeled? 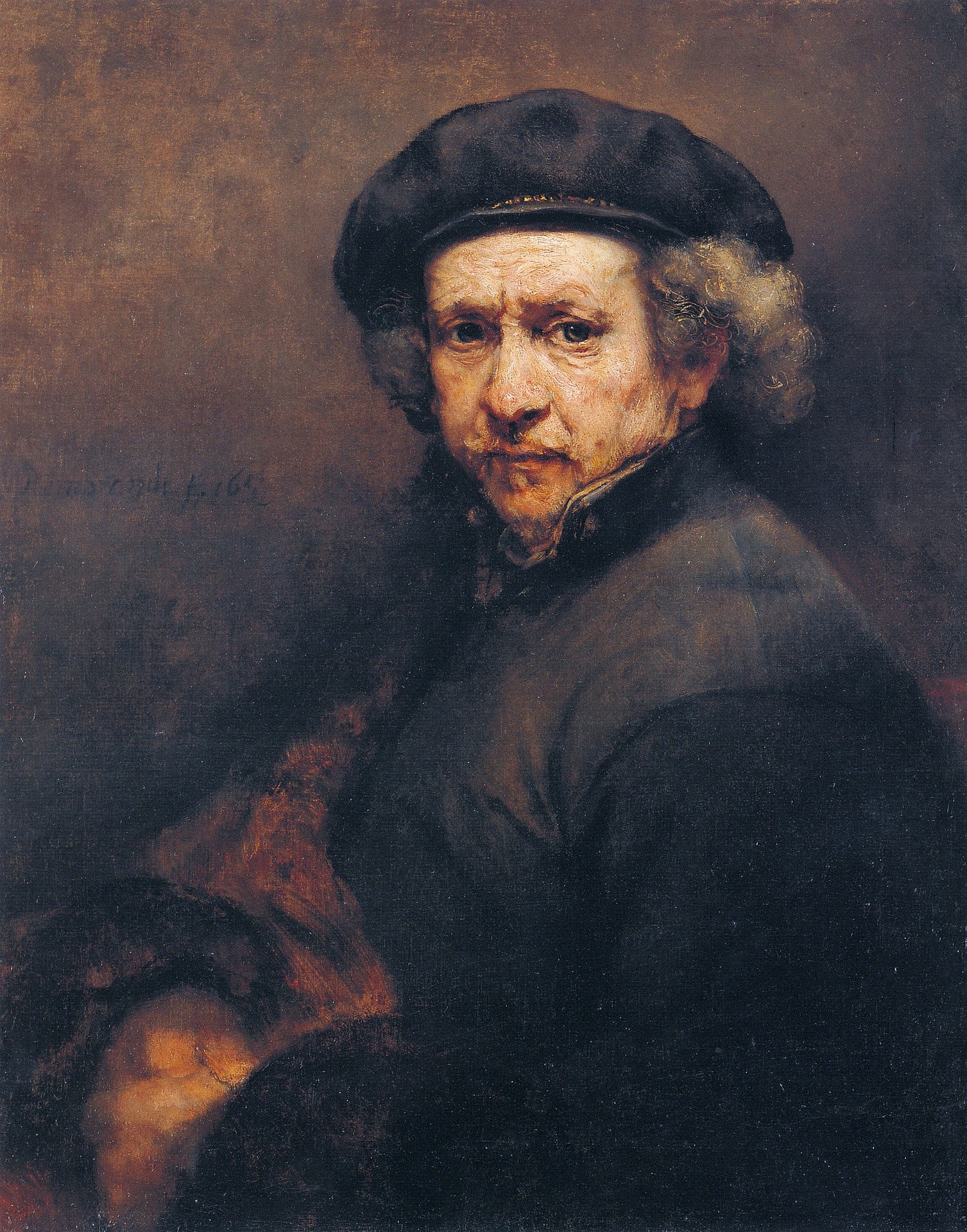 What actually happens in the case of science: The dead-end pathways are figuratively wheelbarrowed off to the dump like cathedral fragments.

Important results would not be obtained without the failed inquiries because they inform the eventual success.

Even today there is a fenced area in San Francisco’s Golden Gate Park that harbors a secret story.

William Randolph Hearst, the newspaper magnate and inspiration for the movie Citizen Kane, imported an entire medieval Spanish monastery to San Francisco because, even though he had everything, he still didn’t have a medieval Spanish monastery to add to his estate. He felt his prestige might suffer if he didn’t have one. So he imported a gigantic pile of stones with numbers on them, spirited out of Spain.

But the Depression intervened, the persistent pelting winter rains gradually washed away all of the numbers, and many of the stones still sit there, marking garden paths and posing picturesquely with cloaks of moss.

Those washed-off numbers were scaffolding. They were not the thing itself, but the information that allowed the thing to be reconstructed.

Just as medieval cathedrals needed elaborate wooden scaffolds that would stand for generations as the cathedrals were built, complex structures often involve ancillary structures that are no longer present in the finished work. 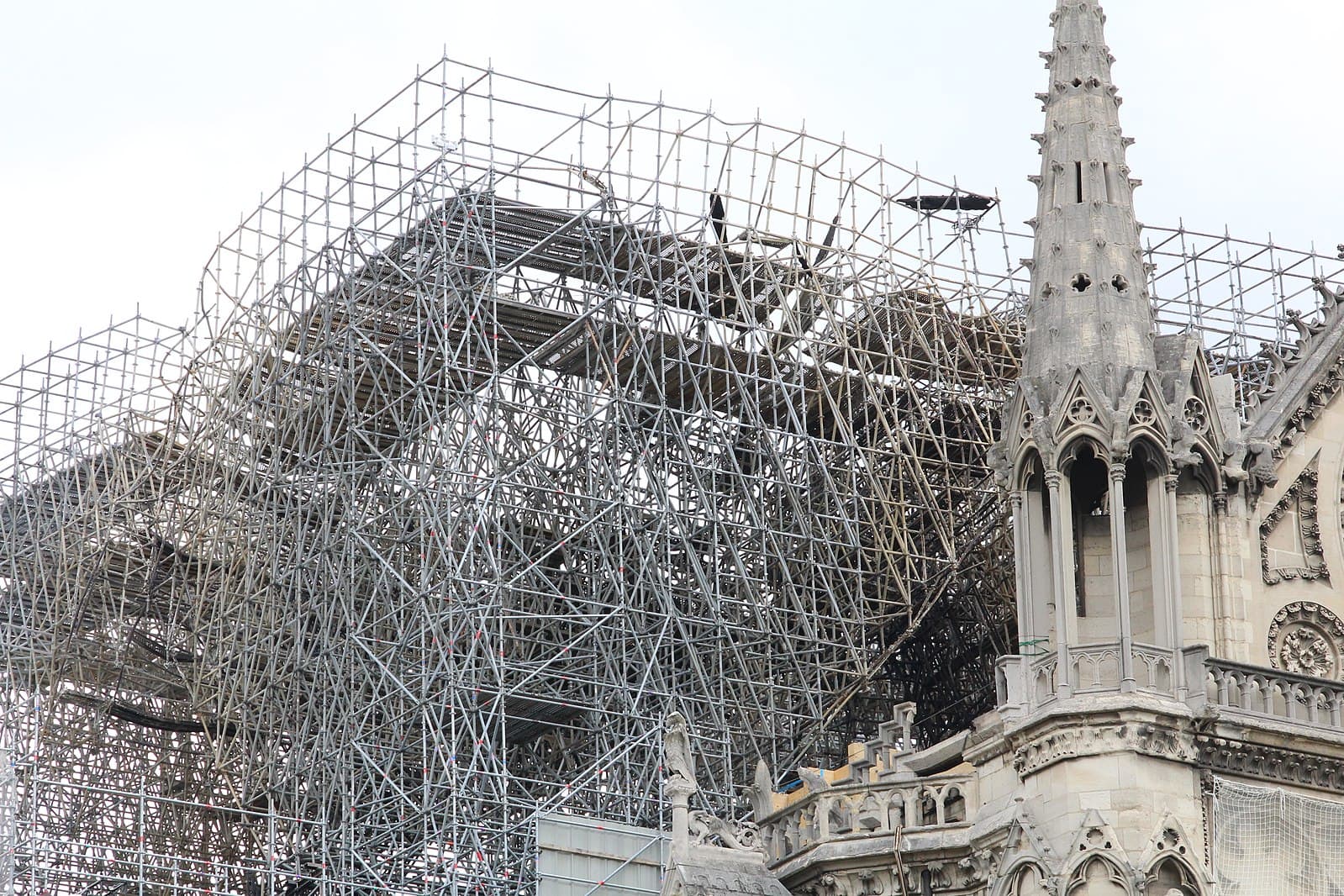 The Finished Work Is Not The Whole Story

The finished work of the cathedral is not the whole story. It does not fully contain the lore of how it was put together.

Just having the punchline often isn’t enough to accurately reconstruct the joke.

We submit that one of the identifiers of complex systems in addition to path dependence or the importance of history is that these systems have extra parts and processes that were essential to their assembly.

In evolutionary biology, there are many species and ecosystems that are no longer present, but their previous existence was essential in arriving at the world as it now exists.

We need to travel backwards through The Garden of Forking Paths to understand where we are now.

In computer programming, programs are divided into stateless and stateful types. Stateless programs do not need any historical information to give the right answer.

Multiplication is a simple example. It does not matter what was multiplied before, the result only depends on the information given at the moment. 3 x 4 is always 12.

A stateful machine is one in which history matters, one of the hallmarks of a complex system. Most Web browsers save information about their users so that they can more efficiently serve up information you are most likely to request. They learn usage patterns of the user.

A lot of computation and analysis goes on behind the scenes. Advertisers also do this, it is not uncanny dumb luck when an ad shows up addressing exactly what you were thinking about.

A Story of Scaffolding and Statefulness From Buddhist Legend

During the Teng Dynasty (618 – 907 AD), Dharma Master Dan Xia (literally, Red Twilight) used to be a candidate for the civil service examination, but he got a calling and later became a Buddhist Monk instead.

On a cold winter night, a big snow storm hit the city and the temple where Dan Xia served as a Monk got snowed in.

Cut off from the outside, the coal delivery man could not get to the Zen Monastery. After a few days the monastery ran out of heating fuel and everybody was shivering in the cold.

The monks could not even cook their meals.

Dan Xia began to remove the wooden Buddha Statues from the display and put them into the fireplace.

“What are you doing?” the monks were shocked to see that the holy Buddha Statues were being burnt inside the fire place.

“You are burning our holy religious artifacts! You are insulting the Buddha!”

“Are these statues alive and do they have any Buddha nature?” asked Master Dan Xia.

“Of course not,” replied the monks. “They are made of wood. They cannot have Buddha Nature.”

“I see. Then they are just pieces of firewood and therefore can be used as heating fuel,” said Master Dan Xia. “Can you pass me another piece of firewood please? I need some warmth.”

The next day, the snow storm had gone and Dan Xia went into town and brought back some replacement Buddha Statues. After placing them in their niches, he began to kneel down and burn incense sticks to them.

“Are you worshiping firewood?” ask the monks who were confused about what he was doing.

“No. I am treating these statues as holy artifacts and am honoring the Buddha.” replied Dan Xia.
The Statue of the Buddha has changed state based on history and context. It was a piece of scaffolding on a path to enlightenment. It vanished as a piece of firewood and reappeared as a holy artifact.

On your artistic journey, there are many key pieces to your story that do not accompany you the entire way. Honor them even as they pass out of your life.

To build a cathedral of creation needs scaffolding, do not be shy in constructing it.