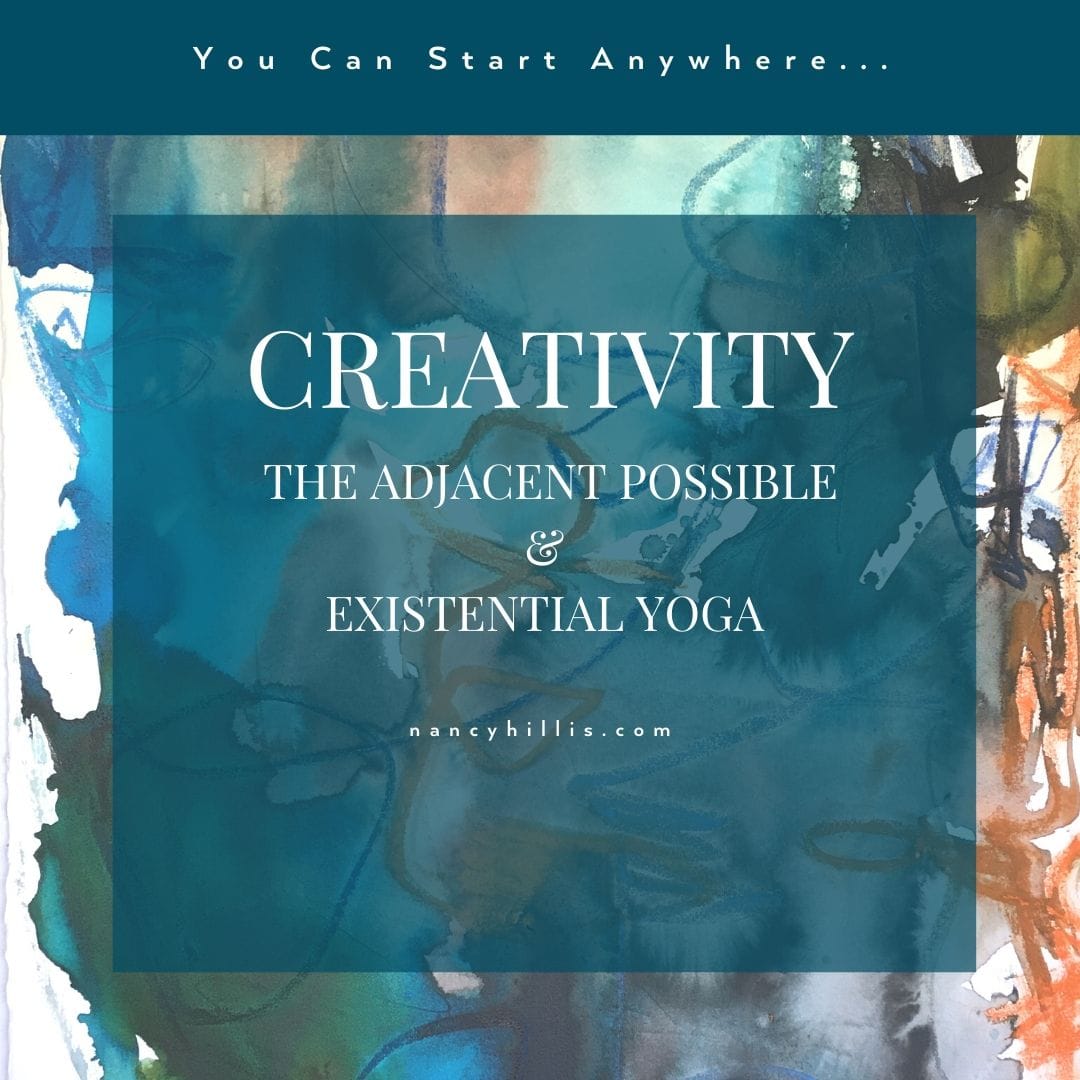 What does creativity have to do with the adjacent possible and existential yoga?

What does it have to do with economics and ecological systems for that matter?

Is it possible to be too smart for your own good?

Shouldn’t it be the more, the better?

To delve into this question, we start in the dusty halls of economic academia, though we will bust out in a disorderly fashion in short order.

As a colleague Brian Arthur, an economist, once said,

Economics is for those who didn’t have the charm and personality to become accountants.

In a bigger sense, everything is household management. We manage ourselves, our dwellings, and the great household of the Earth. They are all interrelated.

Economists seek to understand the interaction of human decision makers with goods and services.

They ask these questions:

In the 1800s, the most common economic assumption was that of perfect rationality.

Here’s how it works. Confronted with a decision, a person:

This was called logical omniscience.

It was nice work if you could get it.

The Emergence of Irrationality

The 20th century served up such a banquet of irrationality after sashaying down the broad esplanade of Victorian prosperity that economists were knocked back on their heels, and eventually flat on their wallets with a little help from mathematicians.

Situations arose where you couldn’t rank preferences in a meaningful order. It was like trying to rank the three choices of rock-paper-scissors in the childhood game of rochambeau or realizing the ridiculous precision required to predict the future effect of your choices. 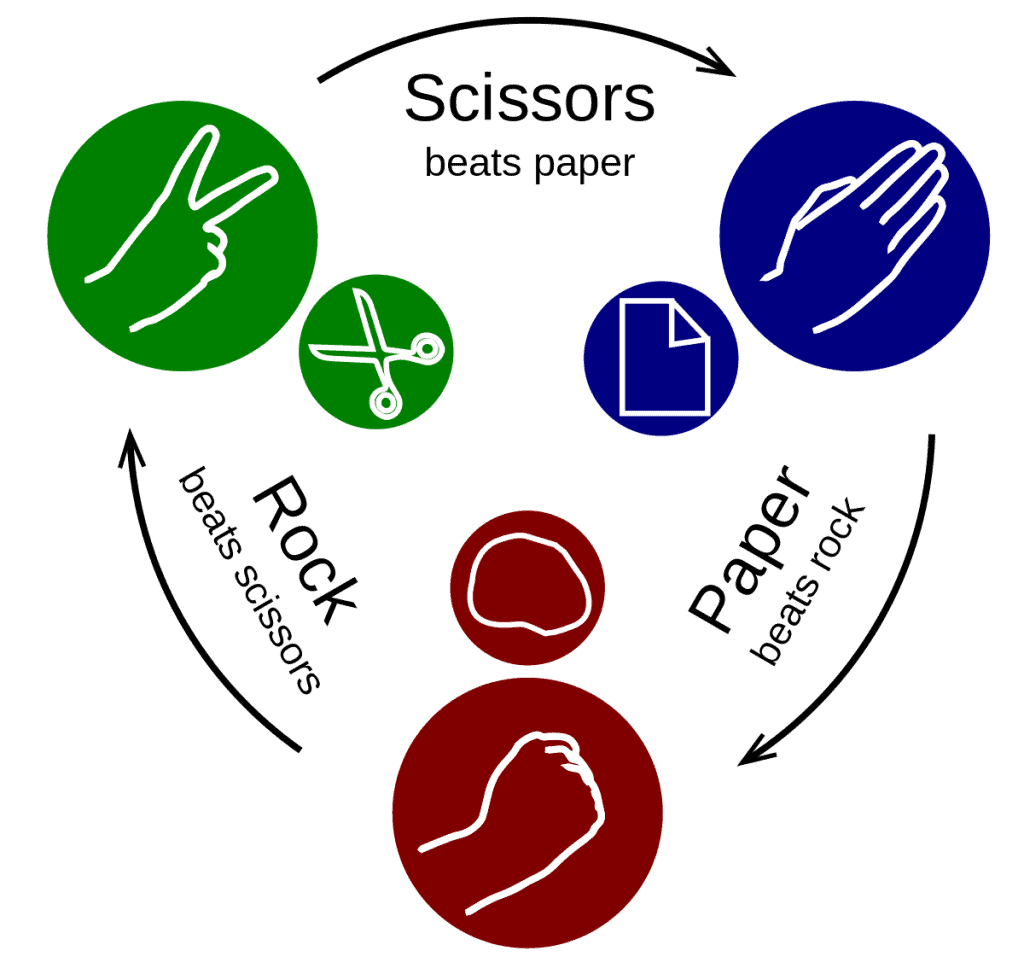 The field of economics began to learn from ecology, where scientists studied the behavior of animal strategies in areas such as mating and foraging for food. 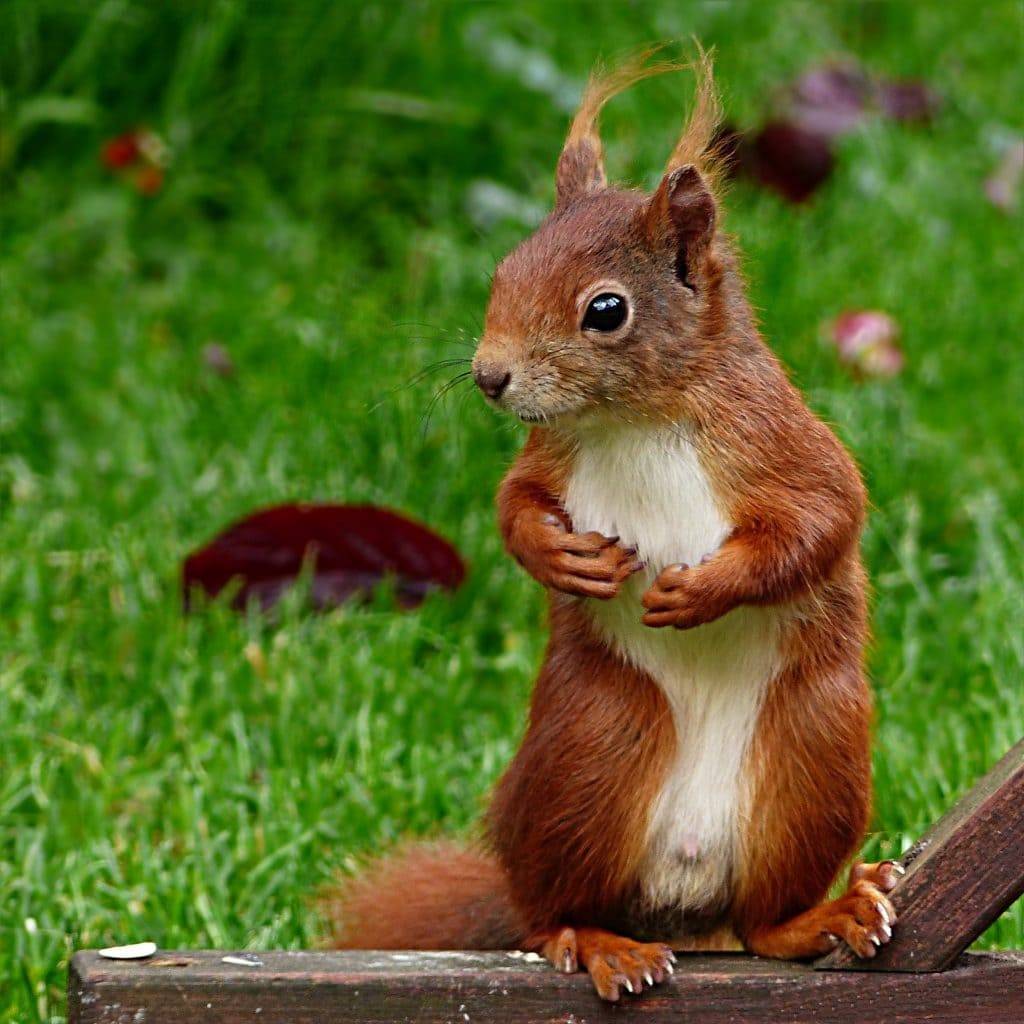 People aren’t so different after all. Like animals, they explore and exploit, mostly governed by their actions the day before without much sophisticated analysis.

Out of this grew the idea of bounded rationality:

This concept is associated with Herbert Simon. It first saw the light of day in 1947 when he was 31 years old, though it took another 31 years for the Nobel Prize Committee to catch up. 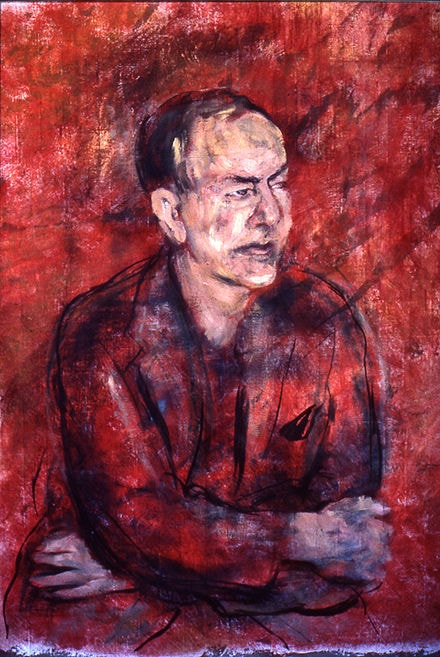 Not too surprisingly, at least in retrospect, (isn’t that almost always true?) the rise of the concept of bounded rationality coincides with the rise of the digital computer.

Rationality, computation and expense began to appear related in a way they hadn’t been before, illuminated by the glow from hundreds of hot vacuum tubes in early computers. And by expense we mean economics.

Something my partner Bruce Sawhill encountered years before started to make sense when he discovered bounded rationality. As a teenager, he existed on a literary diet of pure science fiction, at least until the age of fifteen, when Arthur C. Clarke mentioned a fellow named Shakespeare. 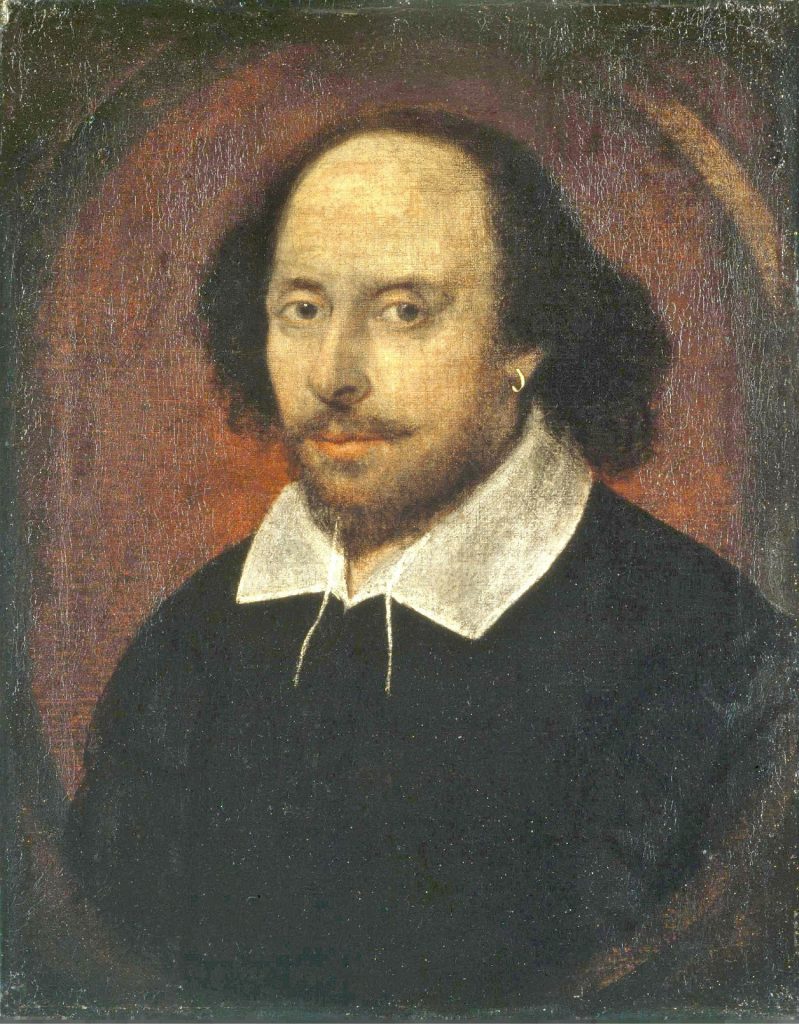 Before then, Bruce was particularly fascinated by a quote he encountered in a favorite book by a favorite author, Robert A. Heinlein. 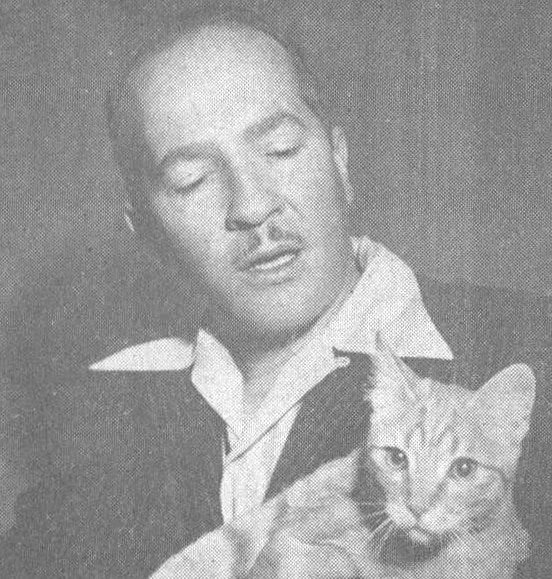 A hundred dollars put into a savings account at 6% for 200 years will be worth two million, which, by then, will be worthless.

—Lazarus Long in Time Enough for Love by Robert A. Heinlein 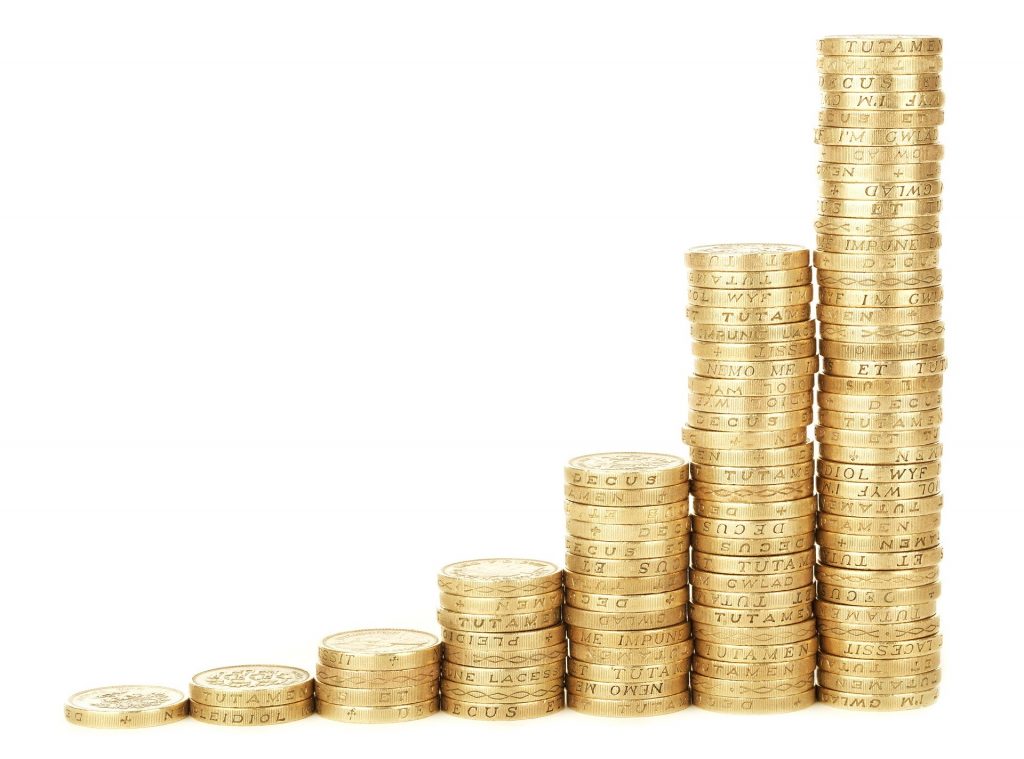 Heinlein’s quote gets at bounded rationality. A perfectly reasonable strategy (investing money with interest) stops making sense over a long period of time because the entire underlying substructure of the culture that gives that currency meaning can change.

After 200 years, all you have at best is a pile of paper with numbers on it and legal tender printed in some archaic language.

We would like to extend the idea of bounded rationality beyond the boundaries of economics into the realm of creativity.

As a physicist, Bruce studied great past discoveries in his field. These are often made by young people in their 20s and 30s, and rarely by people in their 50s and older.

Nobel prizes are frequently awarded to older people, but they are often for work done much earlier as we saw with Herbert Simon.

Speculation as to why physics and math is so youth-oriented abounds, but many of the usual suspects ring hollow.

Physics and math get at the bedrock of our existence, the essence of space, time, being and knowing.

Other sciences cheerfully occupy the upper floors of the edifice of scientific knowledge, happy so long as the foundation is solid or at least not shifting in a way that they have to worry about.

As long as thermometers and clocks continue to work, why worry?

The Knife Edge Between Knowing & Believing

Are younger people that much smarter or more energetic? We doubt it.

We believe instead that they occupy a knife edge between knowing and believing, and they have one foot in the adjacent possible.

They have accumulated sufficient understanding of the tools of their trade to be able to work competently in their field, but it is still new in their mind.

Their rationality is bounded by the lack of commitment. This turns out to be a good thing. They’re in the 30-day full-refund trial period of scientific discovery, so to speak.

Like a scientific theory itself, their knowledge is provisional, allowed to persist until proven wrong.

They know, but they haven’t committed to buying.

This unstable and dynamic situation doesn’t last long for most scientists because it is uncomfortable.

Eventually, particularly if they are very successful, they gradually start to believe more and more in what they have created. They move into the lavishly furnished quarters of their inner world, surrounding themselves with artifacts of their journey and excluding that which doesn’t fit in.

They read their own press releases and become part of the establishment, relinquishing their revolutionary status and settling into a comfortable life of receiving adulation and dispensing wisdom.

It’s starting to look like you can be too smart for your own creative good, that deep creativity is self-inhibitory, a so-called success disaster propelled by societal recognition of your gifts.

This is the risk.

There are strong forces at work that cause scientific creativity to be short-lived, with few exceptions.

I believe this happens to artistic creatives as well.

If a painter has a successful show with as many red dots as a case of the measles, she is strongly tempted to maintain that success by creating paintings similar to the winners, with only slight variations, and sell as many as possible.

Pretty soon, the artist is caught in a cycle of repetition. Fearful of making mistakes or losing favor, she plays it safe.

What’s lost is the willingness to be vulnerable, take risks, explore the adjacent possible and experiment.

The artist may wake up much later and realize that her art has been dead for a long time.

Mental exercises keep one foot in the instability of the adjacent possible and the other planted in your current reality, a kind of existential yoga.

Like yoga, it is a practice and not innate.

In fact, it goes against nature’s programming that tells you to stop exploring and start exploiting once you’ve found something good. 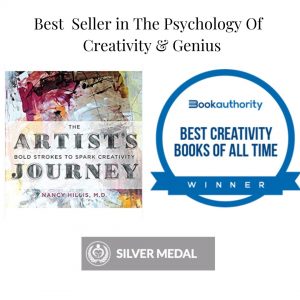 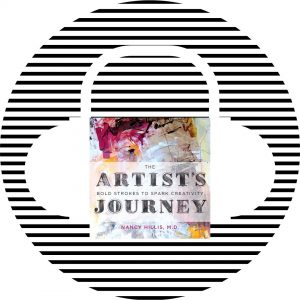